Hunter's Legacy is a 2D adventure game where you play as Ikki, huntress of Un’Amak and are the one tasked with reclaiming a stolen artifact from your tribe. This takes you across a number of distinct environments dealing with various enemies that fill the worlds along with handling traps, puzzles and large bosses. It can be fairly hardcore at times though it is completely fair offering a number of close checkpoints and a nice pace for the quantity of enemies. The world is rather simple in design though unique in how its setup offering multiple areas to move through, secret puzzles with loot and some interesting puzzles that make you explore the area. There are also a number of regular NPCs to meet that act as merchants or others that help provide extra context for the narrative.

There's a fair bit of platforming present and the general design has you typically dealing with certain heights while moving through a semi-destructible environment. Levels are also quite long in design which is nice and offer a wide landscape to explore though still linear in getting you through them. The worlds are filled with enemies though these are often slow moving and very typical in behavior. They do take a few hits to take down and I actually found that just moving past them was faster in most scenarios. The combat was rather smooth and entertaining with the feline swipes that could be unleashed on the many creatures in the way. I did have some issues with how enemies didn't really face knockback in comparison to damage, but it wasn't that bad. Aside from just cutting up your enemies you'll also collect a bow on your journey and this is also used for puzzles aside from just distance combat. A final note would be for health which is in the form of odd fish you come across and death really wasn't a huge deal in the game. 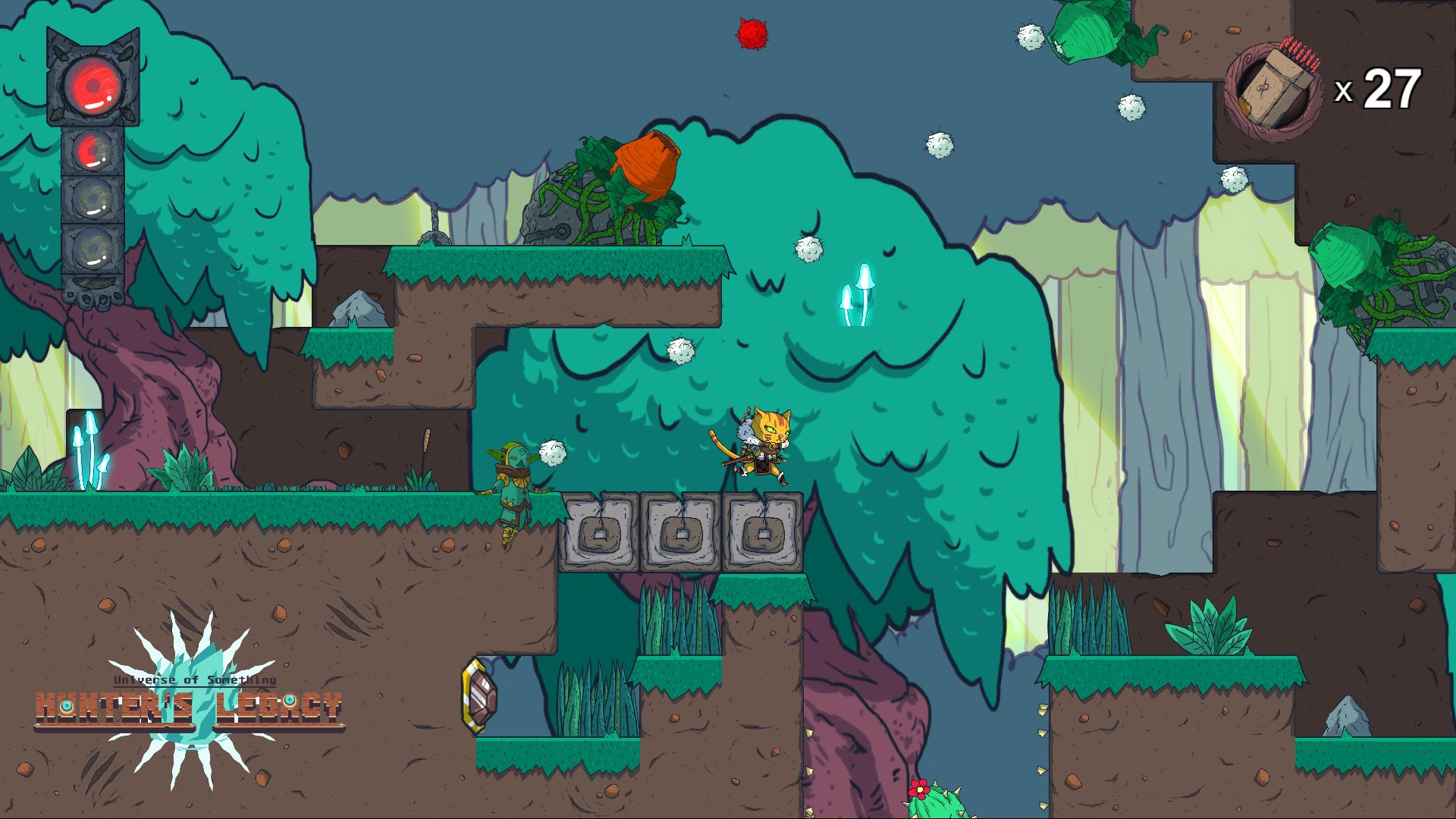 Hunter's Legacy is a decent adventure game offering an interesting and unique world to explore. The story was decent and the main character was fun to play as, just like the majority of the game. I did however find some elements a tad boring such as the world just being alright despite having some lovely cartoon like properties to them. The combat was also very well done for the game feeling smooth while offering interesting ways to tackle enemies and to destroy certain elements of the environment. I definitely enjoyed playing Hunter's Legacy though it certainly isn't anything completely new providing a solid experience.