RWBY: Grimm Eclipse is based on Rooster Teeth's animated show RWBY and the game has you fighting Grimm across familiar locations of Remnant along with some new ones. The game follows the core group of Ruby, Weiss, Blake, and Yang that each bring their own abilities to the team. You're not however locked to any of them as you can switch your character between levels. Each character has a level ranking and skills to unlock by collecting XP. The core of the game is the campaign that features full narration as you move across locations from the universe and discover what's going on. There are some minor cutscene portions though the story is largely told throughout combat. The campaign was actually enjoyable to playthrough though somewhat basic in design. The levels were mostly open in scale and linear in direction, but very similar in what you did. It often came down to grinding through a group of enemies, moving forward to the next open area and doing the same thing. Some areas mixed this up by offering objectives you would move, but this was mainly what happened. It's a decently long story to play by yourself or with up to four players online and no one is locked into any particular character so you can have duplicated Rubys if you'd like.

There's also a Horde mode that offers certain areas of the campaign in a horde style with waves of enemies coming upon you. These feature objectives to protect and you can gain assistance by taking advantage of turrets in the map which can be purchased with collected currency. This mode helps to expand the content available and is actually quite fun to play.

The game carries a heavy cartoon style that matches the show well. The characters look great and feature some fantastic animations which are very smooth. The game itself runs with high fluidity which is nice to control and there are some decent enemies to fight. It might have been nice to have a bit more variety in the enemies as you do fight them many times over, but it didn't bother me that much. The environments you explore range from average broken areas to lovely outdoor fields and that aspect was very mixed. I felt that the online menus were a bit difficult to deal with in that I didn't fully understand I was in a match while searching at first. The multiplayer does run fine, but these menus should have been designed better so that players easily understand when they've found others. 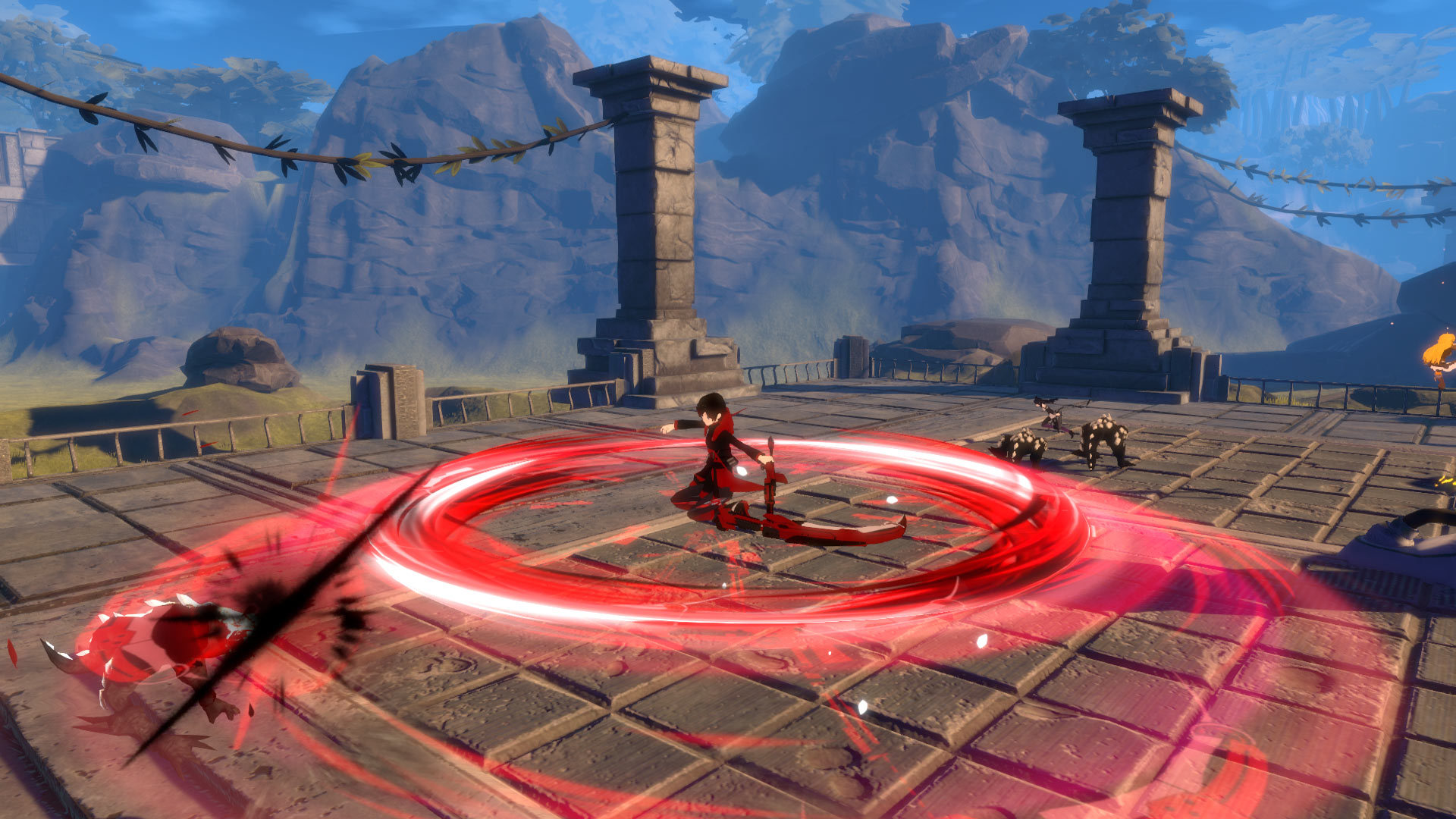 RWBY: Grimm Eclipse will certainly be something that fans of the animated series will appreciate and even then those that like hack n' slash titles in general will also enjoy it. I had a blast playing through the campaign finding the story interesting and working as a squad to maul through waves of enemies was a good time. There could have been some more variety in enemies and what you do, but it works fine for the game. Aside from campaign there's also the Horde mode that offers some extra gameplay and cooperative fun.