KYUB is now available on the Windows Store featuring full keyboard support and some form of cross-connection with Xbox Live. In this version your save carries over and is shared between the versions along with the achievements. It does offer some level of visual customization though sadly only goes up to HD settings and it would have been nice to see the game in 4k as it does look lovely. I was a bit less impressed with the visuals in comparison to the Xbox, but it still does look great. The keyboard layout works perfectly for the game and it does feel natural with the game in having the keys move the cube around. The rest of the review is a slightly edited version of what was written on the Xbox One review.

KYUB is such a lovely game with an ultimately simple design that I'm shocked I haven't come across anything like it yet. In the isometric design you work around a grid as this cube in order to solve a series of puzzles within a level. Its genius and works so perfectly while also presenting a tough challenge. This is a good challenge though as unlike many other games it feels so damn satisfying to figure them out and jump back in the level to improve on what you just did. Not only are the puzzles well done the world feels so lively with an array of bright colors and charming oriental type music beating in the background to tie it all together. It's honestly really impressive and such a fresh experience that was so intricate. The game is split into a number of world areas which each feature unique biome places and a variety of levels within each of the areas. In order to progress you need to reach a target set of stats within the levels of a world. These include things such as the bonus stars, time runs and limited death numbers which were great to replay for.

Once again the game carries a simple design having you move around the square as a cube though it's trickier than it sounds in some scenarios. You'll have to move around the grid area without falling off or even at times attach yourself to other cubes to use them as tools to clear the way. These were some of my only issues as my mind would just not grasp the movement of that extra block all the time as you need to direct it in a certain way. Most puzzles will just go by easy whereas others might take a second for you to read the situation. Aside from those additional cubes there's quick key movements that I loved and the evasion of lasers. The world can also be simply shifted if you need a new angle on an area and that was a nice touch. The world is also filled with bright colors, tons of side things in the background and so many nice details throughout. It looks so great and the music really helps carry the theme, it's presented very well. The game also includes a leaderboard for each level so you can see where you rank against others for your time. 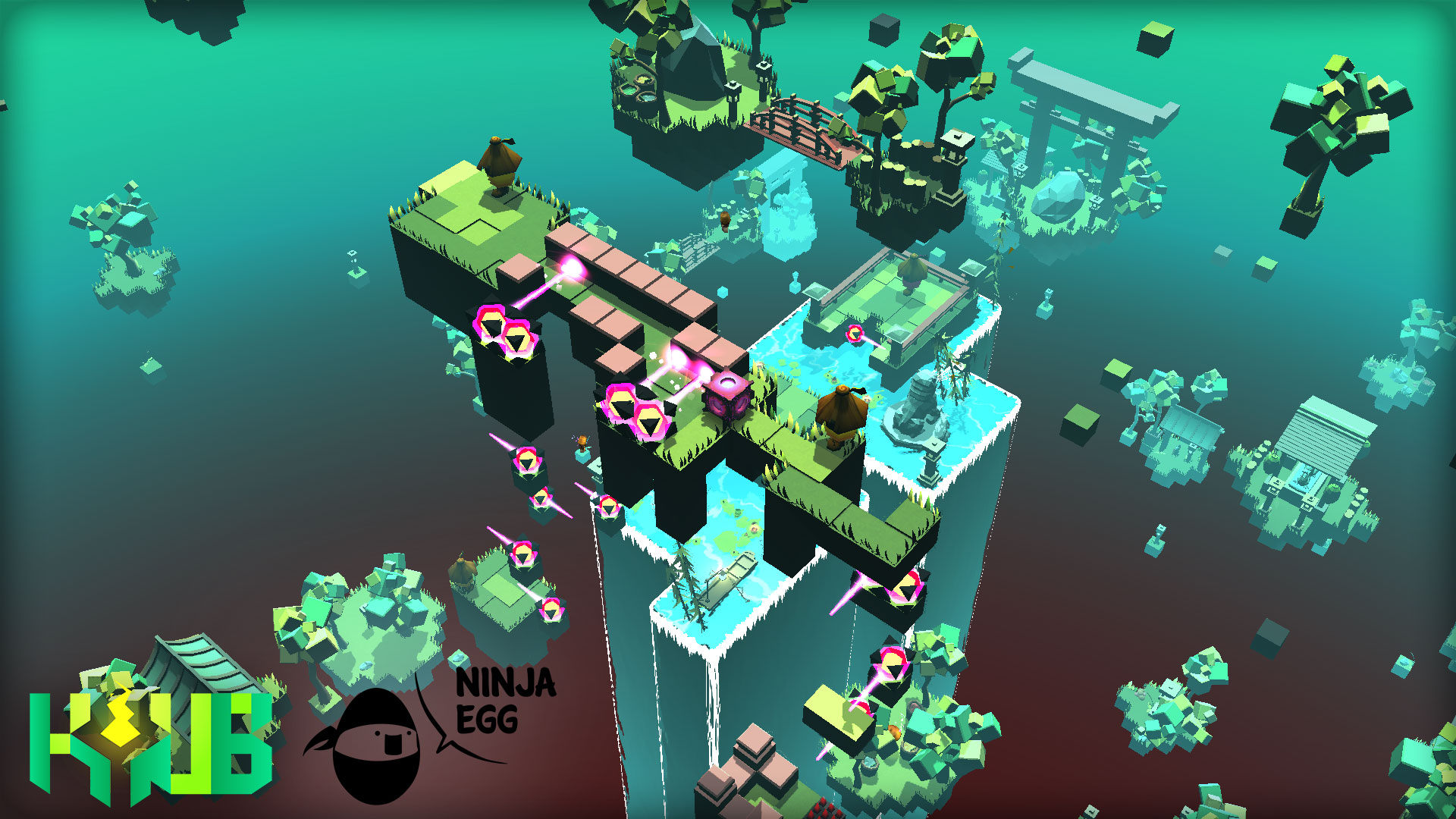 KYUB is one of the best puzzle games I've ever played and clearly stands out among all the bland games of the genre I've seen recently. The world is truly lovely with a great array of colors and side details to make it come alive. I was a bit disappointed with the graphic options of the Windows Store version finding the options for customization to be a bit brief and that it felt more like a port compared to a fully recreated PC iteration. The puzzles are well done with some being quite complex and challenging with nothing being too difficult. There's also a good amount of gameplay available without even considering replaying to beat your scores and a number of extra things to unlock in the shop to make the experience a bit more personal. It's an amazing title and if you love puzzles of a challenge of solving problems than this game should definitely be a worth addition to your collection.