Dead Effect 2 carries on the series bringing back zombies in space with a larger experience. At the core of the game is the campaign mode where you meet a number of interesting personalities while attempting to survive on this colonial ship. The group of people you collect over missions each provide an advantage not only in progressing the narrative, but also by offering upgrades or a place to buy things. While this is definitely a horror focused shooter it does have some RPG elements such as augmentations, weapon upgrades and general mystical power upgrades. These carry over the entire game as after some play you unlock a plethora of additional modes. It might have been nice to have these available from the main menu as well, but it makes sense to implant them into the core campaign navigation since stats carry across everything.

The modes include a generic mission area to tackle some extra levels, lone wolf missions which are different though similar to being additional levels. There's also Biohazard, Survival and Infestation modes which are variations on surviving hordes of enemies. These all include a selection of levels to play on and do greatly increase replayability. The story was interesting and fun, feeling somewhat like Doom in terms of design. The voice acting was dreadful for the protagonist, yet oddly fine for everyone else.

It's a fairly typical shooter that offers some extra power type options when in combat. The gameplay actually does remind me of Doom 3 in design which feels classic. It's not entirely anything new and for a FPS it runs as one might expect. I liked the RPG elements of improving various aspects of your character and it's nice to see that extra layer. The graphics are also solid being pleasing to look at throughout the game whether it's the regular ship environments or the gore of bodies getting mashed apart from bullets. You'll also come across a pile of unique enemies to slaughter on your journey across the ship which keeps levels fresh. There's also a wide selection of locations that you visit and it was surprising to see so much variation despite just taking place in a ship. The AI also had some personality to them with some noticeable injuries, yet I wish they were a bit more active at times. 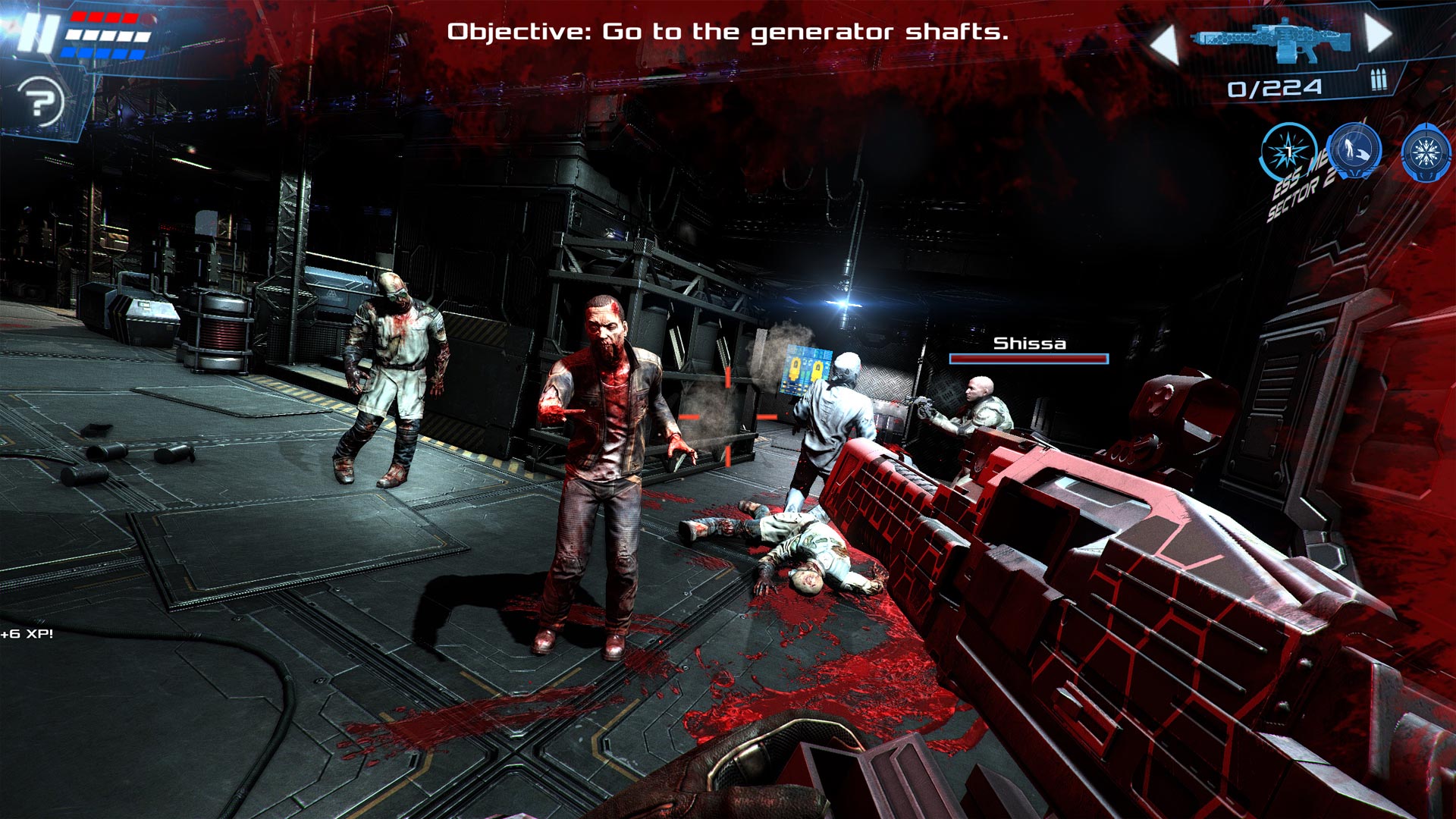 I enjoyed playing Dead Effect 2 finding it to be a solid shooter on the console and definitely a different sort of experience as we don't often see zombies in space. The campaign was enjoyable with some extra content present as well with a great, simple RPG aspect layered behind it all. The voice acting for the main character was bad though fine for everyone else you come across and the story was interesting. I definitely felt some Doom 3 type vibes from it which was nice and it all runs solid on the console.