Rise & Shine is a hardcore sidescroller focused towards gun play as you attempt to survive the harsh realities of this world. Playing as a young boy you come across a mystical gun given to you from a fallen hero and you go about killing everything. There's actually an intense story aspect to it told with lovely still screens that create a comic strip of sorts for narration. The game is littered with great references to pop culture and particularly games which certainly adds some charm. Levels are fairly simple as you move across the map occasionally solving a puzzle while desperately trying to survive. There are many hostile entities on levels from mines to turrets and of course big bad bosses. You're going to die and it's going to be gruesome as blood sprays everywhere. The difficulty is actually ridiculous at times so this is a game that's focused on the hardcore audience. I'm fairly good at games and it can get incredibly frustrating during boss battles as it can be overwhelming. It's less about bold moves and more aimed towards having you learn patterns in order to advance. I spent probably a good half hour on just individual boss battles and honestly it's stressful so this isn't a game for everyone.

One of the most interesting aspects of this game is it's shooting which is great. It feels fluid, yet more advanced for this type of title and I loved the variety of bullets available. You need to pick the right one for each job and at times they're essential for solving puzzles. I felt there was a too much use of movement bullets as a number of puzzles relied on these, but they were interesting. There's also a full cover system in place that was smooth and just not used enough despite being awesome. Visually the game is gorgeous, the artwork is just magical almost perfectly capturing the world and some depth in its 2D sidescrolling presentation. It's a desolate world since they're at war and it's also filled with death that looks great. I was very impressed with the look of the environments and how smooth everything was while playing. 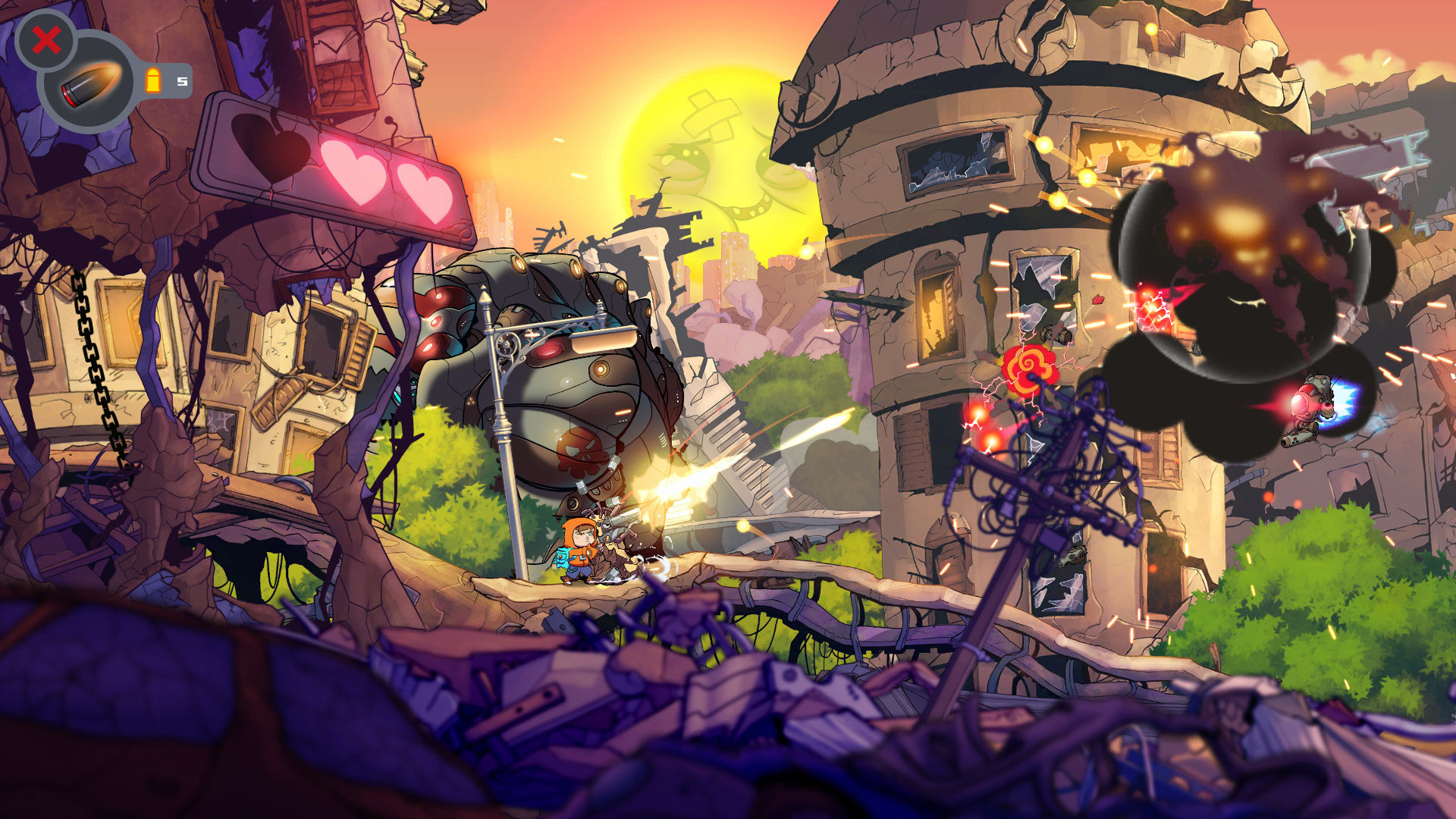 Rise & Shine has beautiful graphics that capture this weird crazed war well, but is also far too difficult for the regular player to enjoy. That aside it does fit a certain niche and if you're into a good challenge then this will provide it. The game looks great, plays well and has a wide range of puzzle elements. Most of it really comes down to planning and anticipation in tackling challenges within a certain time frame so it's not impossible. I had a lot of trouble with certain portions and while most were fine after a few tries, the boss battles were demoralizing.