Wild Guns Reloaded is a remaster of a classic SNES title brought forward to the current generation featuring upgraded pixel graphics and some other small enhancements. It's actually quite a well done update adding a couple new characters, multiplayer support for the full team and some new stages to battle on. There's not really much of a story element and the general goal is to gain the highest possible score by shooting the waves of enemies that sway across the screen. This almost feels like a shooting gallery of sorts and it's actually very fun. This was surprising considering the simplicity of it all, but I definitely enjoyed hopping around while shooting the various enemies. It's a simple layout as you use one stick to move and aim while clicking three buttons for combat. This includes the standard shot that can be upgraded by shooting power-ups on the map, the option to jump which can be vertical or horizontal and the strong shot that's a special clearing out the enemies sort of ability. As you blast away enemies in a number of well setup stages you eventually battle a boss and then progress to another level within the stage.

For an old style game the pixel art was absolutely beautiful and continued to impress. There were so many tiny details that made the environment come alive from the unique close enemies that attacked to almost miniature enemies that would shoot from far distances on certain scenes. This created an intriguing old school shooting gallery with some depth and there's also robotic aspects as well that make this completely stand out on its own. The controls felt great though it would have been much better to have separate stick options for aim and move as that aspect was annoying. The game was also rather difficult even on the easiest of settings which would most likely make this more difficult for new players to get into. I found the new characters to be interesting though almost bizarre with a grenading lady that was rather slow and a dog that had great agility. It's a bit disappointing that the multiplayer aspect is local only as it might have been nice to see how the game faired with online competition. 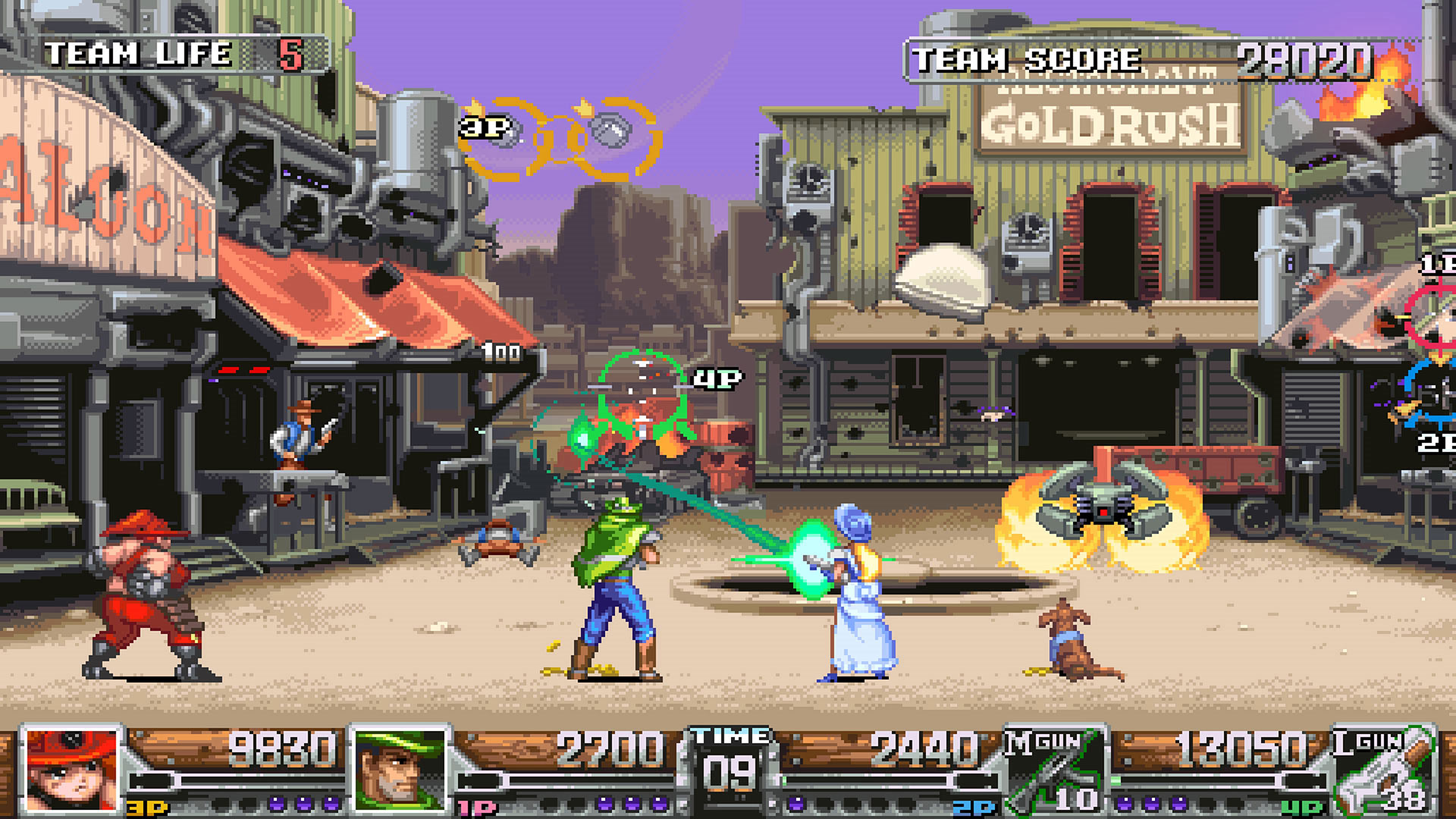 I did enjoy playing Wild Guns Reloaded as it was a great time shooting rows of cowboys and mechanical monsters that would move amongst the many beautiful backdrops. I would have liked a bit better control options and a bit of an easier difficulty though what's here feels classic, yet restored. It won't be for everyone as it's rather difficult though for those that want a challenge it can definitely provide that. The pixel art is beautiful and it was definitely a different sort of western shooter with the wild robotic aspects. Wild Guns Reloaded is a solid remaster of the title that provides some new enhancements while respecting the original material.