Minecraft Pocket Edition has come a long way from being a simple creative crafting game and it's received continued support since towards a version that now includes all aspects of a full Minecraft release. It's also the exact same version as the Windows 10 Edition of Minecraft allowing cross-play while also being basically at par with the console editions now. The game offers Survival and Creative modes for creating new worlds while also having the option to get a Realm which is an online version of them. Survival is the core of Minecraft where you need to survive, craft and explore in order to thrive. Creative is the relaxing fun mode where you can build without any restrictions having access to hundreds of blocks. These two modes also have online play though that only reaches to a total of five players in a match whereas a Realm allows up to ten while also being always available for others to play in. There are also a number of world options to play on whether you'd like an infinite world or something more constricted and the seed area where you can make the world have a certain generation.

What makes this version of Minecraft so great is its compatibility with other versions. You can jump right into a game with your friends regardless of them playing on IOS, Android or even Windows 10. It's seamless, quick and the exact same experience no matter the platform which is fantastic. This version also benefits by the ease of modding with Minecraft Add-Ons which allow you to simply install game altering aspects and while this is a newer thing, it's already got some great creations. There's everything from texture changes, to custom paintings and even massive creatures. This sort of functionality keeps it open and creates a safe space to improve the game how you'd like. These currently come down to the Resource Packs that alter visual aspects and Behavior Packs that tweak the programming of things in the world. Being on mobile device, touch is important and the UI is perfect for this experience. There's also the option to use a controller or mouse and keyboard with multiple settings to tweak. 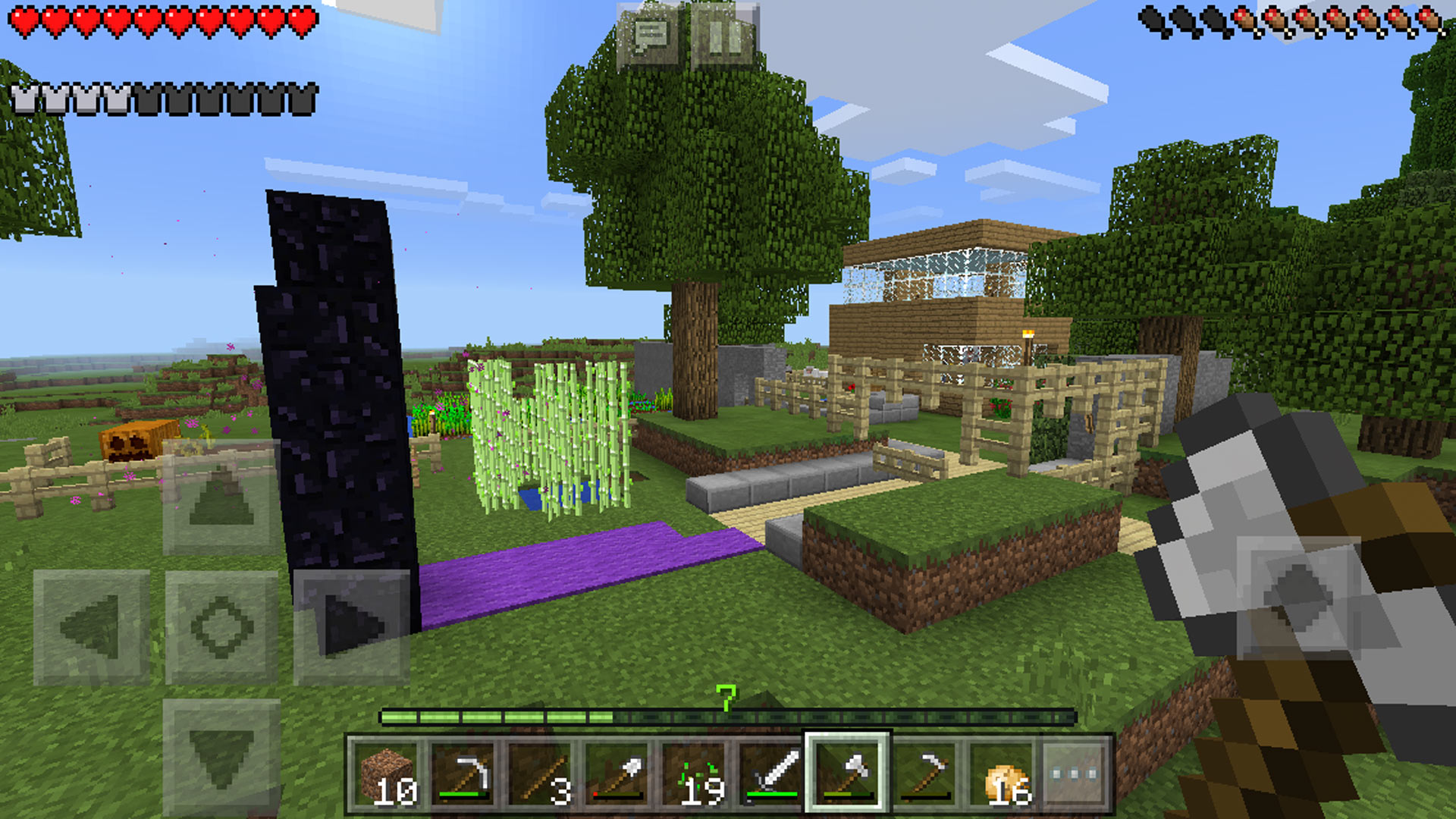 Minecraft is a block based building adventuring game that many compare to the likes of LEGO. The typical goal is to survive so you'll need to create shelter, gather food and watch out for your hunger bar. There are however settings to adjust everything to your liking if you want an easier time. Using blocks you aim to create items that help further your construction by harvesting resources from things such as trees or digging down to find rare minerals. You can do whatever you'd like within the world and create whatever in what's the ultimate sandbox. There's a wide selection of tools to use for the collection of resources and weapons to fight the creatures you come across. The game also features hundreds of block to use or find along with a number of special structures that spawn rarely within the world. These areas hold special rewards and can help you to access some of the boss creatures that can be summoned for further glory. 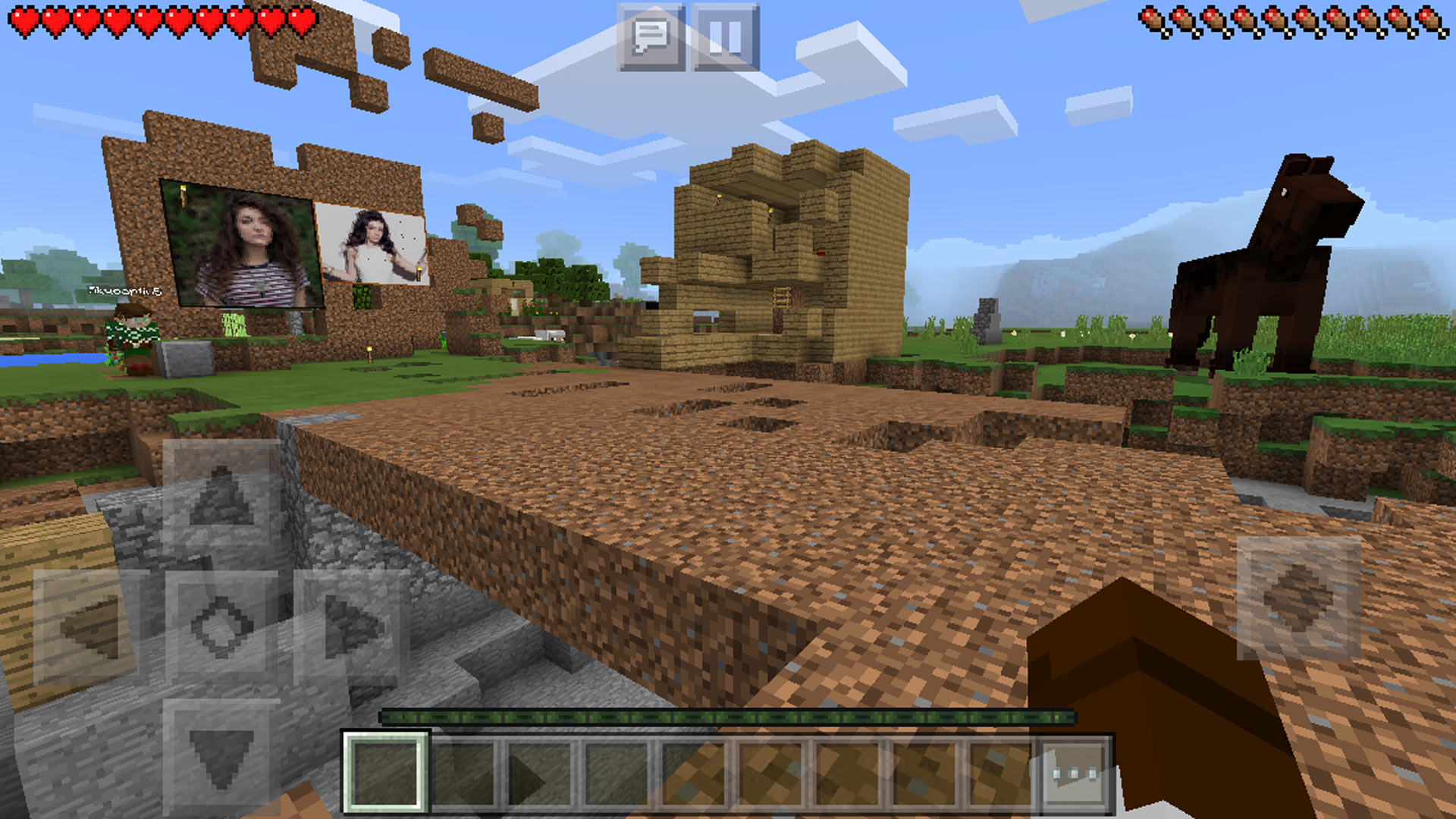 Minecraft Pocket Edition is an incredible version of the game providing the full experience right on any mobile device with amazing cross-play options. It's easy to jump into games on any devices though the limit of players is a bit disappointing at the current moment. That aside this is game so easy to customize whether it's in the settings or downloading worlds, Resource Packs and Behavior Packs. There are also options for any sort of player whether you'd like the challenge of survival or just to build in the open world. The game is also constantly being improved on with new features and functionality so it'll always be evolving into the future. This is basically a perfect mobile version of the game and can't wait to see how it changes in the future.