It's really exciting that we were given a double header opening for Season 3 of The Walking Dead as it's been something I've been waiting a long time for. The story starts off with the new lead protagonist Javier sitting with his family just after a passing in the family. His brother mostly hates him and he's treated poorly there, then the outbreak happens. The story then jumps many years forward to the struggling group of Javier, his brother's wife and her two kids. It's a simple opening to set things up as they scavenge for supplies and things all go bad quickly. Eventually Javier meets up with the spectacular Clementine that's a straight-up badass now and is all alone. The first episode had decent pacing and while Javier was likable it didn't seem to really get things off to an amazing start, but just re-introduced the universe.

The second episode was really poor offering horrible performance on the console from lag to graphics popping in and out. The story also just jumped back into things with no explanation of what happened which made little sense. There were some other story issues here that were presented while it progressed with many easily predictable events. At this point in the game I would think that folks would be better equipped to handle situations and the aim for every single person is too much as there was nothing but headshots. There's also a nice treat for fans and it'll be interested in how they handle this new connection to the comics later in the series.

This third season is a definite show of the progression looking similar to the better design of the Batman series. That aside it runs very poorly compared to that series and it's quite disappointing in that regard. The game also carries the same cinematic style as before where you make choices with bits of gameplay thrown in. It all felt quick as well not taking enough time to build on events rushing each scene by. The tension just wasn't quite here on this one and it felt a bit too much like an action flick which didn't fit right in a world where you're just trying to survive. 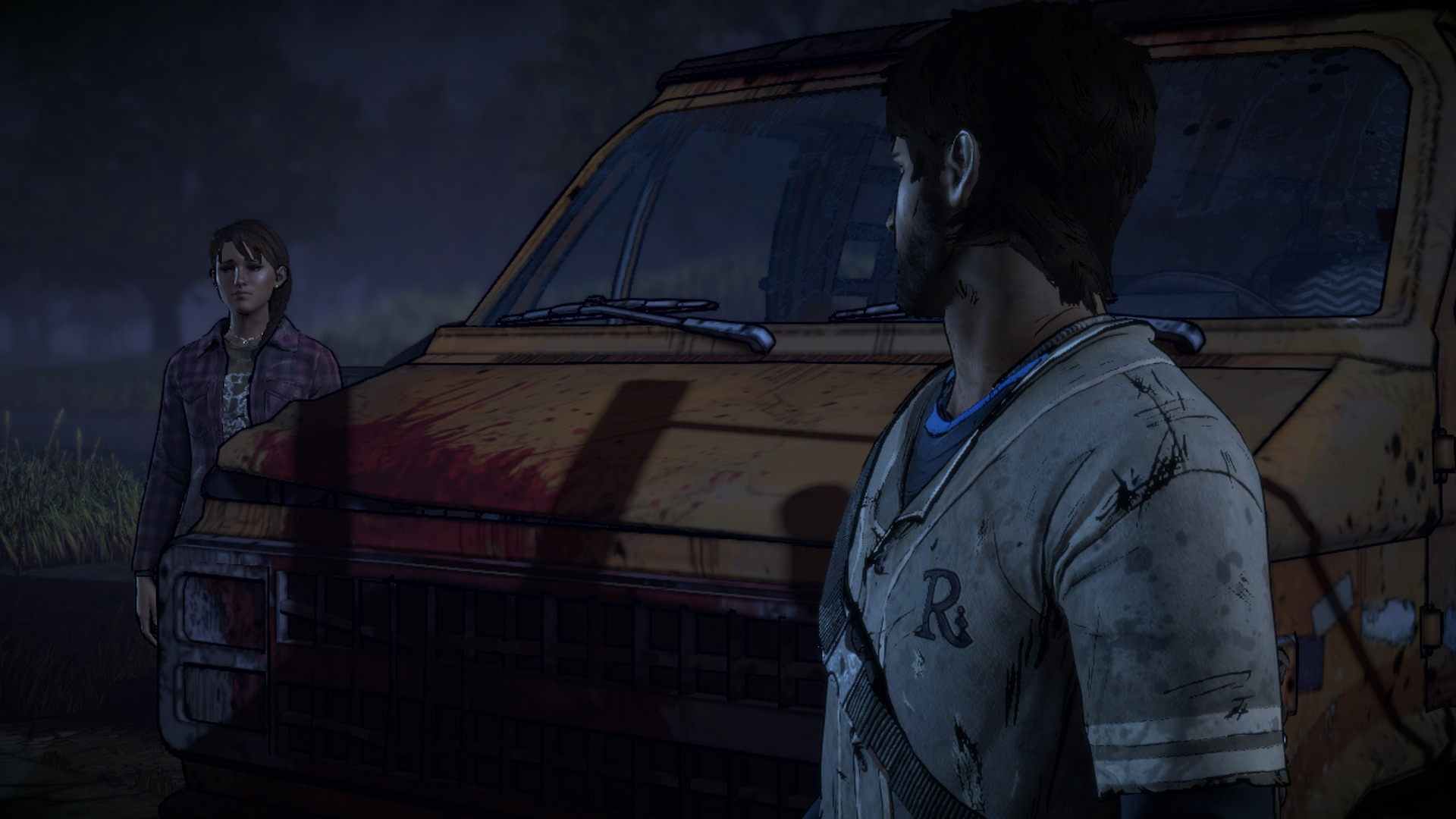 I didn't hate this two part opening and would love Telltale to keep this sort of thing up in the future if they can. On the other side of that I wouldn't want it if that leads into awful optimization as seen with these episodes. The story here isn't that interesting at this point and while I find the new characters fine all events just seems rather forced. I'm also not sure if I'm a fan of Clementine just sitting to the side and while they did a good job in having her grow up, certain actions feel off. I'll also mention that I found the connections from last season to be handled well having looked up each of them after my first playthrough, for reference I sided with Jane in Season 2's end. At this point I expect much more from Telltale considering how strong The Walking Dead typically is and I'm very intrigued in where they'll take it after what I'd consider a completely cliché ending moment.