Wand Wars is a simple game that plays almost like a sports game of sorts. The general goal when playing is to take out your opponent using a magical ball. The magical ball gets charged after each shot becoming a large beam of bouncing light with is very deadly. There can be up to four characters battling it out at once whether that's the AI or regular players. This is mirrored throughout the game whether you're playing multiplayer, the campaign or the trials. Each character has a separate story that has you go through a series of mini combat levels to continue. The amount of enemies vary per level and it does a decent job of helping you learn the game, you can also go through the tutorial if you'd like to get guided. There's also a bit of a slight story as well and while brief, does add some something else other than just multiplayer. The trials offer an endless option to take on a never ending selection of enemies and the goal is to survive as long as possible. Multiplayer is local only sadly, offering a great variety of AI in that their difficulty can be tweaked and the option to play against other players as well.

The maps are just a square though have a solid amount of variation with some simple background details. The game is largely focused on hitting your opponents with a magical ball that continues to grow the more it's thrown around the map. It bounces wildly and is usually the center of attention in matches. It isn't however the only thing in levels as characters have special abilities such as chicken-fying. There are also power-ups that can be collected during matches to provide bonuses like a shield to protect against a hit. 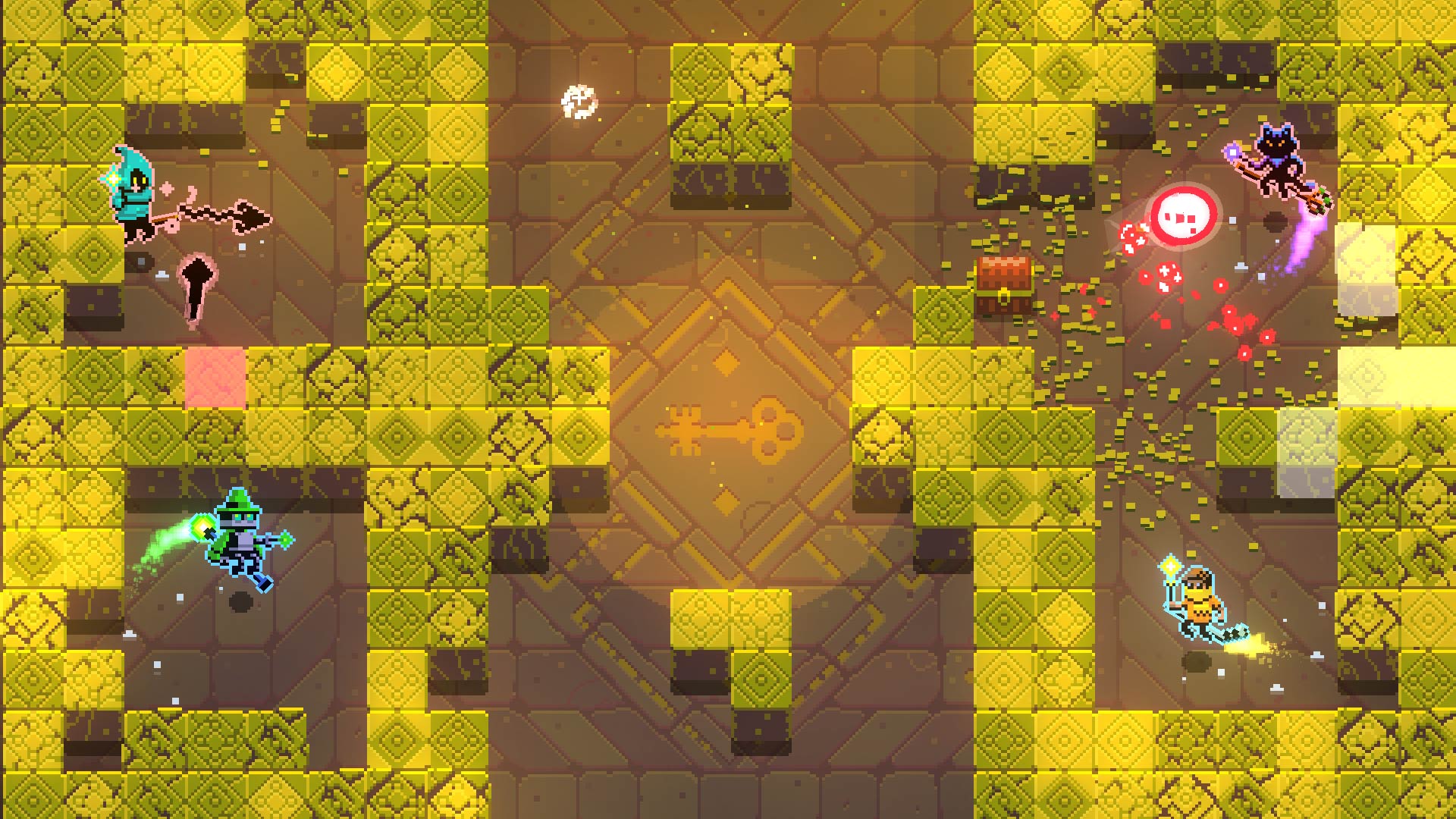 While the core concept is very simple, it does contain some extra content for better value. The campaign was decent enough though short and the trial mode provided a solid challenge. There's also a great multiplayer that can feel competitive with real players or even AI if you turn up the difficulty with the max being crazy.