This is one of the worst running games I've ever played on a console that seems to be full of nasty tears, freezes and many load screens that incredibly hamper the experience. It still only looks decent after that and it's puzzling to see how disjointed it feels despite the pile of loading screens you constantly face. Playing mainly as a Dwarf scholar of sorts you get tasked with bringing a sack across the land. This has you adventuring through a really ugly looking map from point to point and the brief gameplay portions that happen when you venture to certain areas. The path is completely up to you which is nice and I like the idea, it just doesn't work here. There are towns to visit, brief events to play and other travelling board pieces that could cause conflict or benefits to your party. The game also puts in bits of story in these points and within the mini levels themselves. It feels very disjointed going from map playing to a brief few minute fight and back into the map. If the loading was a bit better or if the story was more exciting this might work, but here it falls absolutely flat. It also suffers from odd difficulty spikes with some fights being just a brief encounter whereas others create pure frustration and there isn't really an option to escape them. I assume the goal is that you're supposed to explore more, though encounters just seem to happen on the map and sometimes the preparation just isn't there.

As mentioned there's a map section which is the core of movement in the game as you venture across the large canvas. The concept here is great though the execution just isn't there, at least for the consoles. From there you occasionally get playable levels where you control the characters and these are actually usually lovely. That quality aspect aside it tears, there's lag issues and the performance is generally poor every single step of the way. Within the levels you get to move around interacting with certain things to solve basic puzzles or take on enemies in combat. You're able to easily pause time to setup multiple unit's abilities which is nice, but I found that the system wasn't always efficient. It's also hard to manage the group if there are objectives spaced out as the characters seem to lack the ability to fight by themselves against the AI. 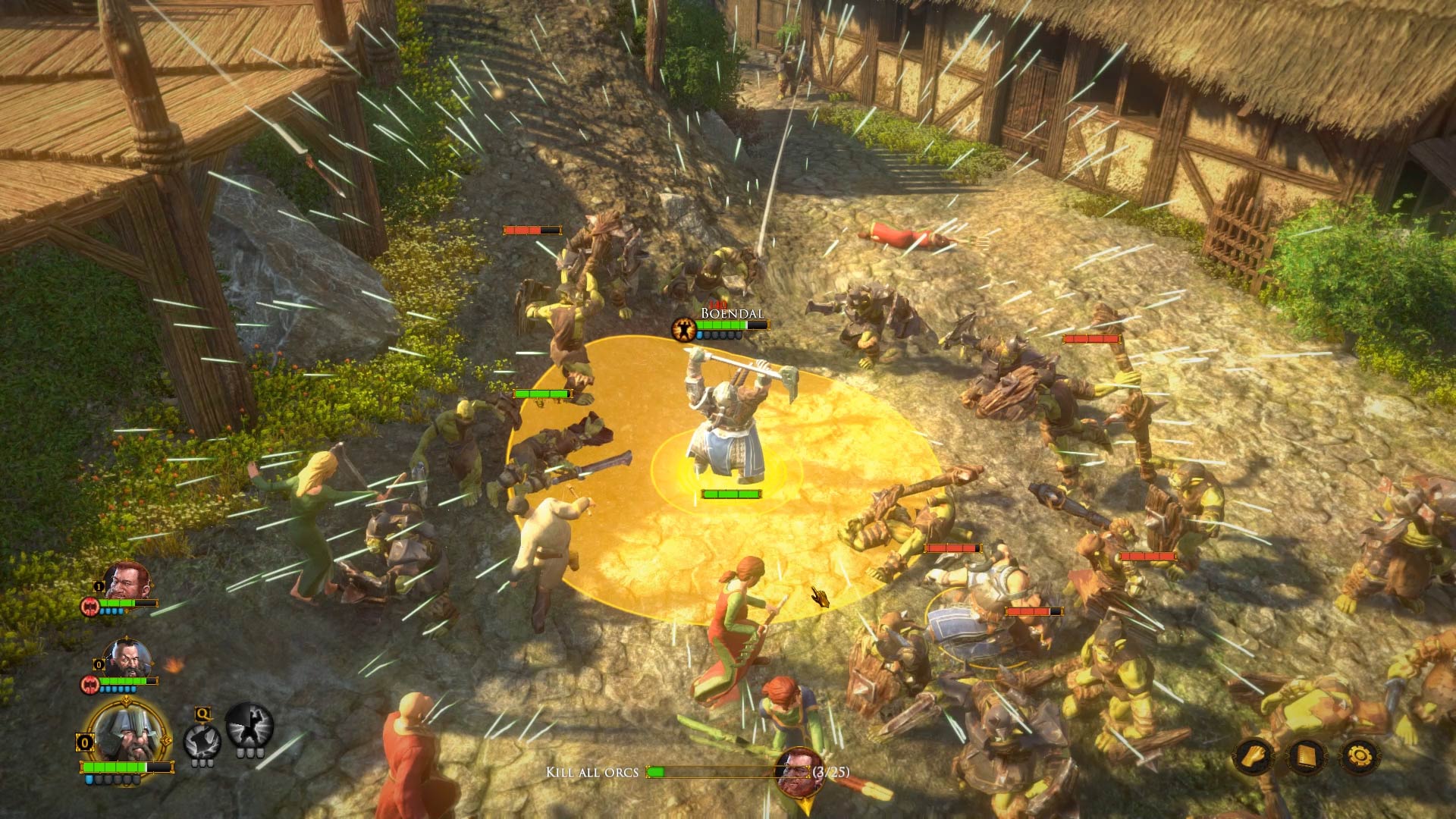 I do actually like the general ideas presented with The Dwarves in regards to the map selection and even the story structure. It's just absolutely plagued by the many performance issues that I've mentioned and a pile of glitches such as often walking through objects. The game lacks any sort of polish despite having decent graphics with no mercy shown in any aspect of the experience. There are piles of long loading screens, tearing cutscenes and gameplay along with numerous other problems that damage the game. The story was alright though nothing we haven't seen in terms of fantasy. The dwarves were also fine characters each bringing something unique to the adventure and it was interesting to collect other members as you progress. There's certainly potential here though it just doesn't come together on the console and creates a horrible time.