Killing Floor is one of my favorite cooperative games that brings the thrills of working together with a full splash gore. There are tons of creatures that are out to get you and they can all be blasted into bits. As a squad you work together on various levels attempting to survive the waves of creatures that continue moving towards you. There are options to hold up by welding doors shut or trying to control positions, but in the end it never works against these gruesome beings. You can group with up to six players or take on the hordes in solo with a number of settings for length and difficulty to find the right killing experience. While it doesn't necessarily follow a direct story it does provide countless hours of enjoyment and one of the bloodiest times out of any game. There's also a VS Survival mode which players similar to Left 4 Dead's versus though you get to take the role of the Z's. There are eleven different zeds that you can play as that each bring their own terrifying abilities to play. It's quite interesting taking on the other side of the game and can be fun to survive some deadlier zeds. This mode was interesting as well providing a new take on Killing Floor and in comparison to PC where I've played it the most we'll have to see where the console's regular population floats to.

Killing Floor 2 is absolutely beautiful providing a wide selection of maps and environments to slaughter your foes on. They have everything from winter maps to decrepit underground cave areas and even some more futuristic type locations. Each of the maps look fantastic not only providing a wide range of unique locations to fight in, but also carrying a distinct high quality in scenery. This all gets ruined quickly as you slice off limbs or heads spreading large quantities of blood everywhere. The effect was further amplified by the high quality of the world and the impressive frame rate that provided a smooth experience throughout. The variety of creatures available to shoot is grand ranging from the creepiest of crawling creatures to more advanced "special" zeds. 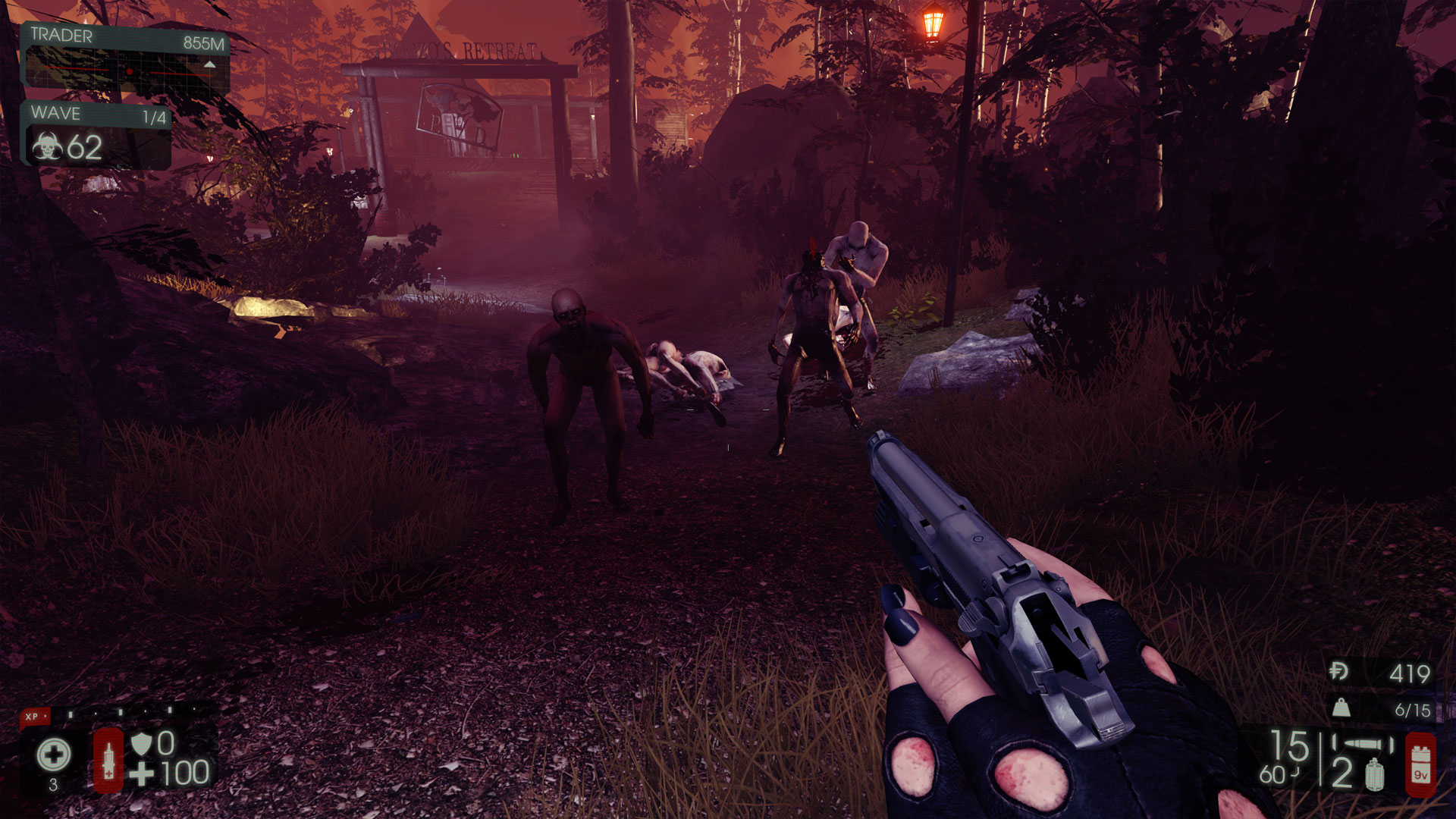 Killing Floor 2 is the perfect follow-up to one of my favorite cooperative games. It amps up the entire package bringing a large selection of maps to play on and many weapons to play with. The game feels very truthful to its origins while greatly expanding on all aspects of gameplay for a title that should have a long term quality to it. Some might find certain aspects to be repetitive, but it's just a blast to play. There's a great selection of content here as you continue to level up collecting more weapons and choosing the best load outs to remove all the limbs of these messed up creatures that happen to cross your team's path.