In Hokkaido Agent 47 finds himself at impossible odds taking the cover of a guest at this supreme treatment center. This is the type of place that's filled to the brim with luxury. You have two targets to take out, the first is a troublesome operative getting heart surgery and the other is a higher tier organizer overseeing that everything goes to plan. There's of course a number of ways to go about doing this in the smaller, yet incredibly complex center. While this sounds like a place of fun it's actually very challenging having you start with no gear and offering little within the world for assistance. I typically enjoy the sense of having options within the last Hitman episodes so it was a bit off being given access to a limited selection of items. These were also poor in quality until you slowly work your way up the disguise chain and even that was extremely difficult given the setup of the structure. Campaign aside there are the usual contracts to work through, new weapons and an absolutely lovely level to work within. I felt the aesthetics were strong on this map and while the scale wasn't as grand as before the design was fascinating built for a good challenge.

The game looks decent with the environments being absolutely beautiful, but the character models seemed off for some reason. It also runs very smooth which is great for the type of game and the cover system is well designed feeling very fluid. The AI are also incredible having a number of responses and actions to them whenever you interact or even just as they wander around. This helps to keep things fresh while moving around since the game is heavily placed on replayability. Even with that I still got bored of the level after a couple playthroughs and really desired more areas to move through. This map puts a high strain on your creativity offering nothing to assist you with the goal. I also noticed glitches this time around making it feel as if there were less polish since I literally just walked off a cliff and kept walking off the map. 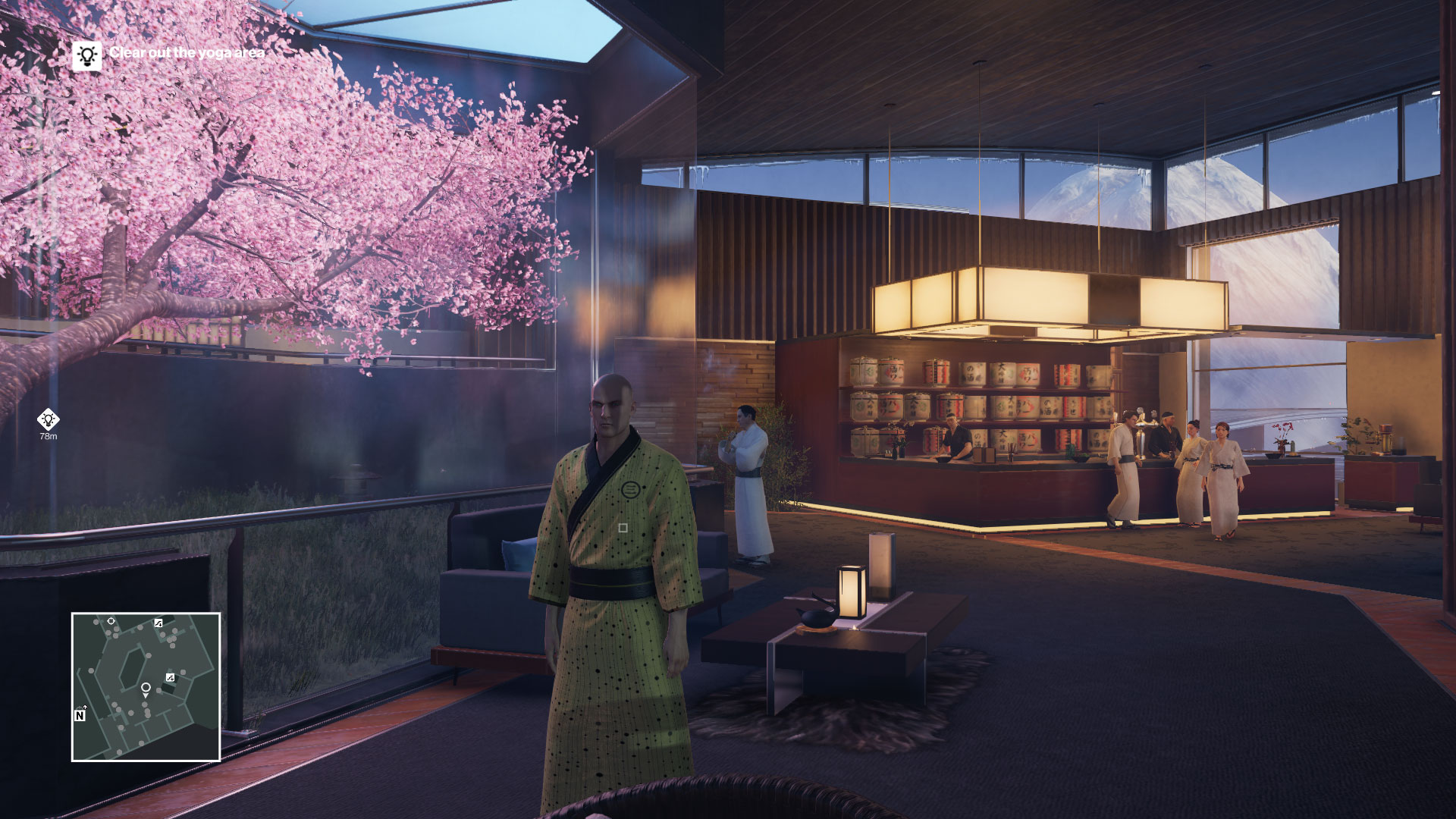 This was a decent end to the average Hitman episodic series and while the format was odd I didn't mind it. The story was somewhat lacking offering nothing in terms of a conclusion and was cryptic. The environment wasn't as fun this time despite being well detailed as it was so linear and narrow with fewer options to get the job done. If you've been moving through the episodes thus far then I'm sure you'll find this was one to be alright, but after so many different types of locations I was hoping this would be more unique. The story was definitely not a strong part of this series and with that I feel the contracts are a bit better for this type of map since its so cut-off and multi-dimensional. It's an interesting challenge to tackle some of these and find out the best ways to eliminate targets in such a closed off environment.