The LEGO games have always been a blast and one of the more innovating entries in the series in terms of introducing new mechanics was the Harry Potter series. The games have been slightly remastered featuring improved lighting and a fresh 60fps making the games smooth. I would have liked to see a bit more effort put in as the Years 1-4 portion of the game does feel fairly dated at this point. It would have also been nice to see the two combined similar to Star Wars: TCS from years past and that portion felt lazy as they were just two separate games to play off the disc. This came across as a quick effort instead of taking the time and care to make this feel like a special package.

These two separate games are the Harry Potter Years 1-4 and the Years 5-7 with each of the movies being translated well into the packages. There's just a ton of things to do whether that's just play through the years of the games or spend far too many hours going around collecting things. The world is also much more open in this LEGO Series allowing you to explore Hogwarts through story progression eventually opening its halls and the magical world around it. I found it to capture the spirit of the franchise well despite having the classic silent game type of comedy and it touched upon each of the biggest moments of Harry Potter.

It plays exactly the same as you remember it, but with a much smoother type of play. It looks far better than before and the lighting does actually make a huge difference within the environments. They've also added a nice touch with the controller having it shoot out sounds during certain moments and actions which helped build on the immersion. Other than that it's about the same experience as before and as with all LEGO games. You go around moving through the series of levels that weave within the movies while solving puzzles along the way. You can also collect a multitude of items such as LEGO studs; House Crest Pieces, Red Mail Boxes and saving some students in peril. There are of course other things to collect, but you get the point that you can sink hours into grabbing everything. The game can also be completely played in coop with a drop-in/drop-out design for those that might not have played any of the LEGO games before. Puzzles will often take advantage of using both players and while the AI is competent, it doesn't beat having another person there with you. 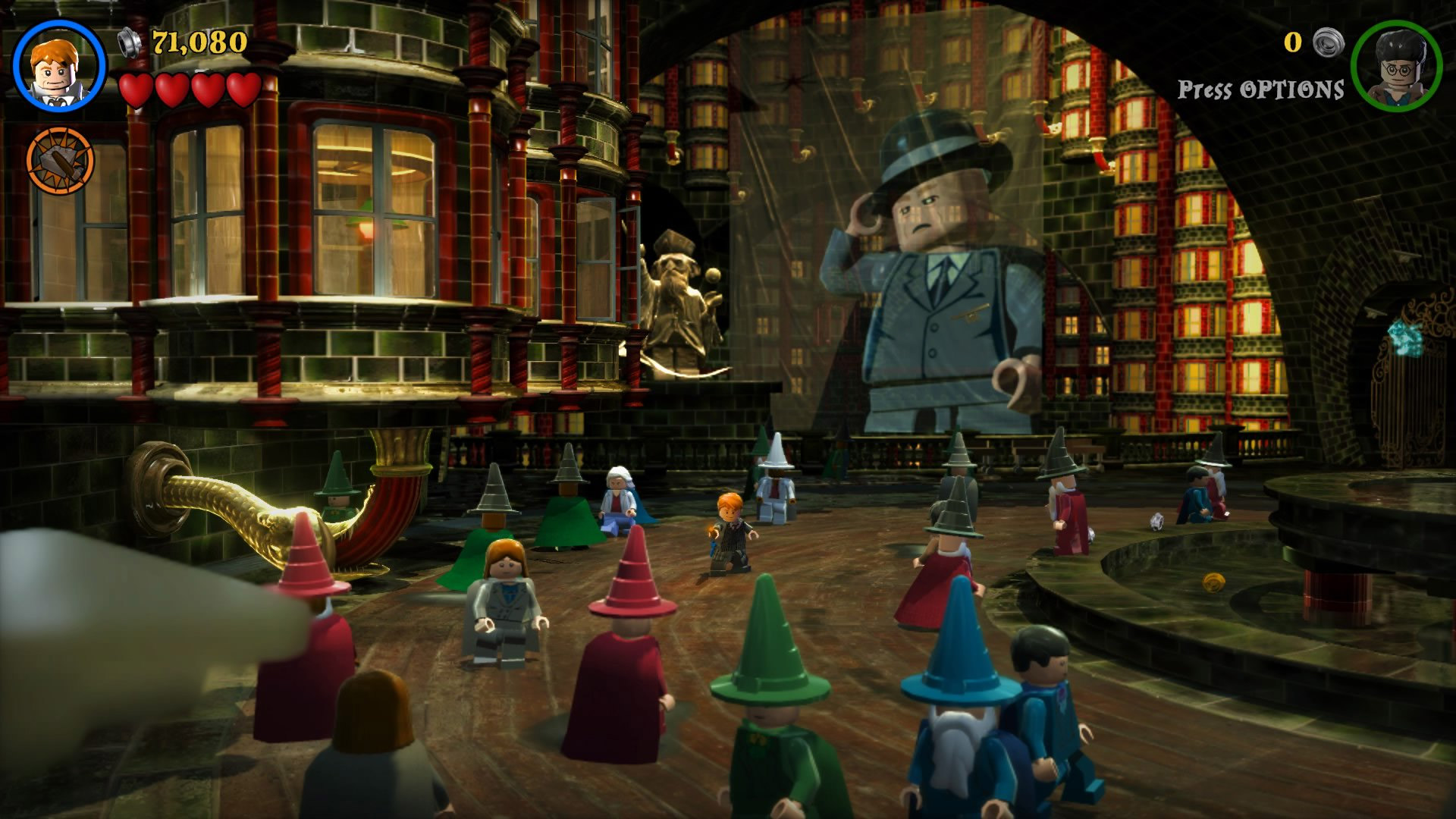 The LEGO Harry Potter Collection is a great set of LEGO games brought together in one solid package. There's a fantastic amount of gameplay present within the collection and you can play out the entire Harry Potter series. It does somewhat lack in terms of remastered content missing out on an opportunity to combine the two games while just providing minor tweaks. The lighting does greatly improve the atmosphere with the improved FPS making it feel smooth. I also didn't mind the audio aspects of the controller finding them to be a nice addition. This is more of a collection for the diehard Harry Potter fans or those that missed out on it before. Unless you're interested in sitting there to replay everything all over and work through the collectibles again I'm not sure that will be for everyone.