Big Buck Hunter Arcade takes the classic arcade machine game that I'm sure the majority of people have seen at some point and brings it to the home console. It plays exactly like how you remember it with the floating shotgun and the grand selection of trophies to collect. It's actually exactly the same as on arcade machines featuring a shooting gallery type area where you can start with hunting deer and quickly move into moose. Each animal type also features a selection of areas to hunt at and multiple levels to buck hunt within. This is just how you'd imagine it with a selection of animals running around in the background where you need to pick out the prize ones for the best points. You're not allowed to shoot the doe so you'll need to be careful or your hunt will end early. You'll also have to be cautious and on the look for certain rare animals such as cougars or bears that will come after you if not taken down efficiently. Aside from that solo area you can also play a series of fun hunts that feature new things to kill such as Eels or Pigeons which was fun. The multiplayer aspect allows local competitive play with a direct head to head area or a taking turns mode.

The game actually does look decent while retaining that classic arcade style that you would expect. The gun handles just like it would if you were waving the real plastic thing though it does feel slightly awkward controlling it with an analog stick. There's a decent variety of creatures to hunt though it really does retain that shooting gallery style that is shown is short bursts. 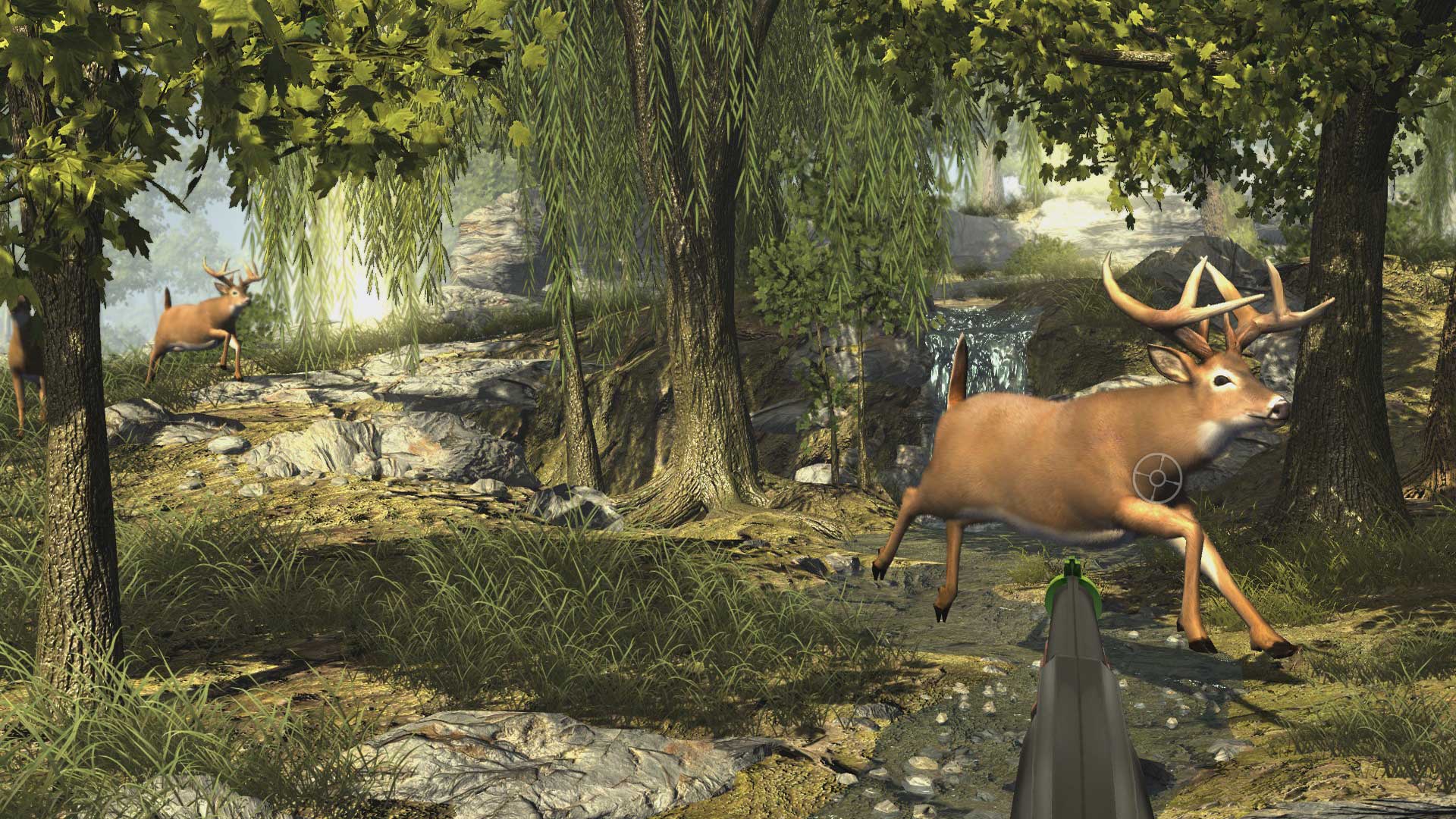 If you're looking to capture that classic arcade buck hunting experience then this emulates that perfectly. It truly does aim to emulate the experience on consoles, but in doing so it doesn't translate over entirely well. There's a decent amount of content available though its small mini games and the entire game can be played rather quickly. Unless you're hardcore about racking up the best scores or hunting game often then I don't believe you'd find a ton of value here. The solo player area feels limited with a small selection of things to hunt, but I did certainly find the bonus shoots to be splendid yet limited as well. The multiplayer is also there if you have a friend to play against and that works fine it's your sort of thing. Big Buck Hunter brings the arcade home very well, it's just that the experience of being out there with the big plastic guns does not translate well onto a home screen.