Monster Jam is fun, it's loud and features giant cars crushing smaller cars. That spirit is somewhat captured within Crush It as you race about in a multitude of areas. It does however lack a cohesive concept featuring almost two entirely separate areas and feels as though some mini games were strung together. There's not really any sort of story here as you can just race in some stadiums or freestyle drive around in them for points. Included there are around eight maps so not a ton to do and the races typically were under a minute of time. On the other side of things we have a Trials type area that includes the largest aspect of the game including Survival, Time Attack and Survival levels across four unique environments. There's actually decent detail in these areas and a good selection of levels within each environmental area. I still found that all three of the modes were essentially the same with small tweaks so it felt very repetitive despite the good variation within the levels.

These vehicles handle horribly and this is most apparent in the races which are just dreadful. Physics also don't apply in the slightest bit as you can literally do flips in mid-air with what seems like random design. The vehicles and the environments were well done having a nice bit of realism to them while also capturing the look of differing included Monster Trucks as well. In the Trials type levels you were aiming to complete time or score points all while capturing these golden CRUSH letters scattered throughout and honestly didn't get the point of it. Every portion of the game also includes progression so when you beat one level you unlock new levels or Monster Trucks. 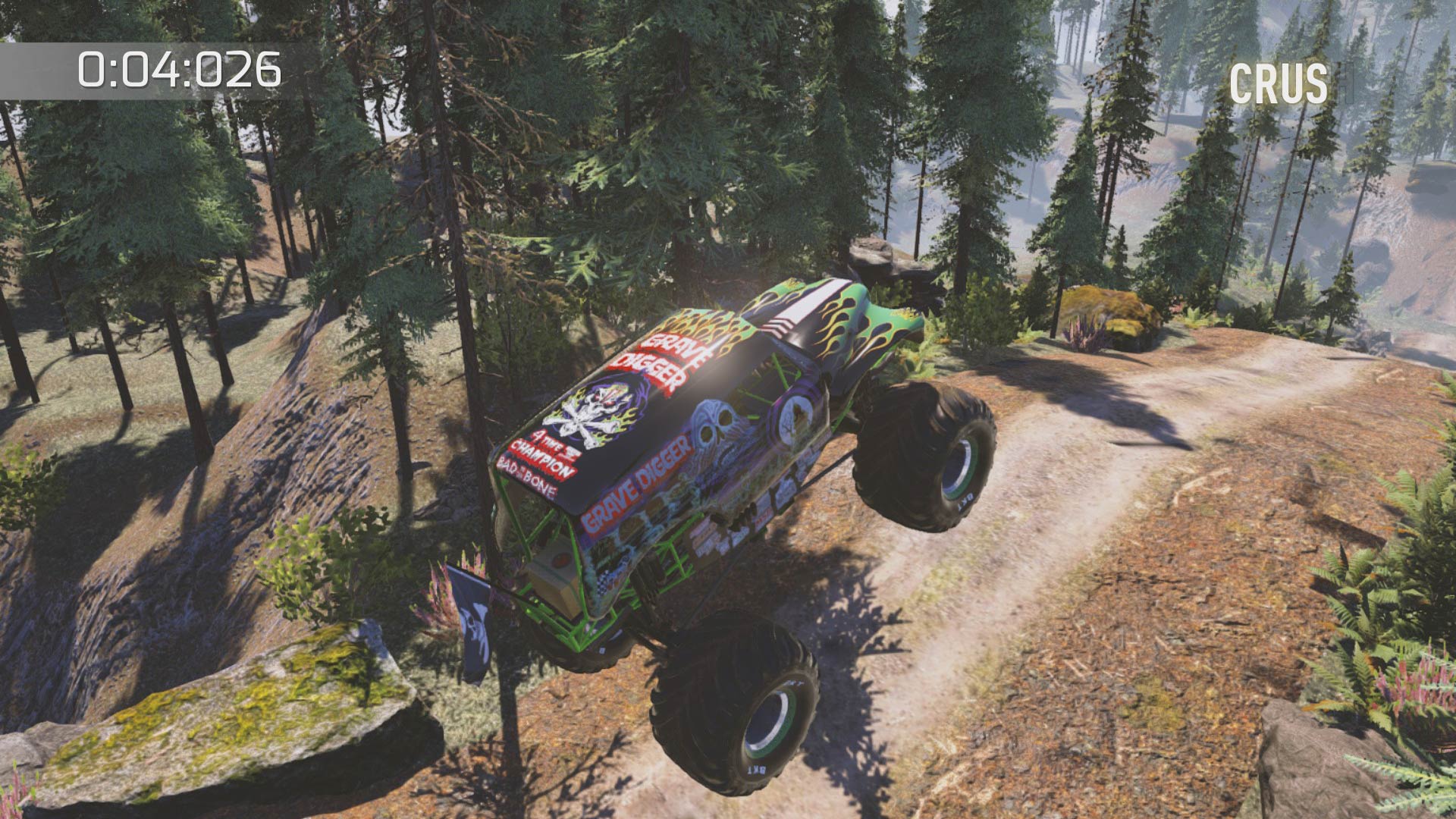 Monster Jam: Crush It! has some interesting concepts with the Trials copying area being a decent start. It just never feels like a complete package in anyway instead opting to add a series of random mini games together. The vehicles handle poorly with no regard to even the slightest bits of physics and while that could be fun it just wasn't here. It's got the loud noises, large cars and spirit of Monster Jam while not at all being a very entertaining game. Things also tend to just get bland after playing for awhile and it never feels distinct or aims to provide an exciting time. There's a decent amount of content present, some well captured environments and potential here though nothing cohesive or worthwhile.