Mark McMorris Infinite Air is a snowboarding game that aims to bring a defining sort of realism to the sport. This is done through realistic board movements, animations and the general environment. It actually does a really great job of doing so, it is just much harder for players to get into and even with the tutorial it took me longer than expected to get used to the controls. Another interesting and great aspect of the game is the procedurally generating world mixed with customization. It's less about playing setup events and more about creating your own or downloading what others have created. Typically I find procedural generation to lack in having a distinct touch, but when it comes to natural mountains this system works well and the world feels like an unlimited snowboarding haven. Despite having all these aspects down I felt the game really lacked with content being that there's literally almost no setup events. There's a bit of a circuit though that lacks depth being just a chained combination of tracks others could have created. I'm a huge fan of SSX having played them since the beginning and I was hoping this game would also pack some sort of proper story or a larger circuit element. That being said if you just want to go shred some snow, then it doesn't get better than this. 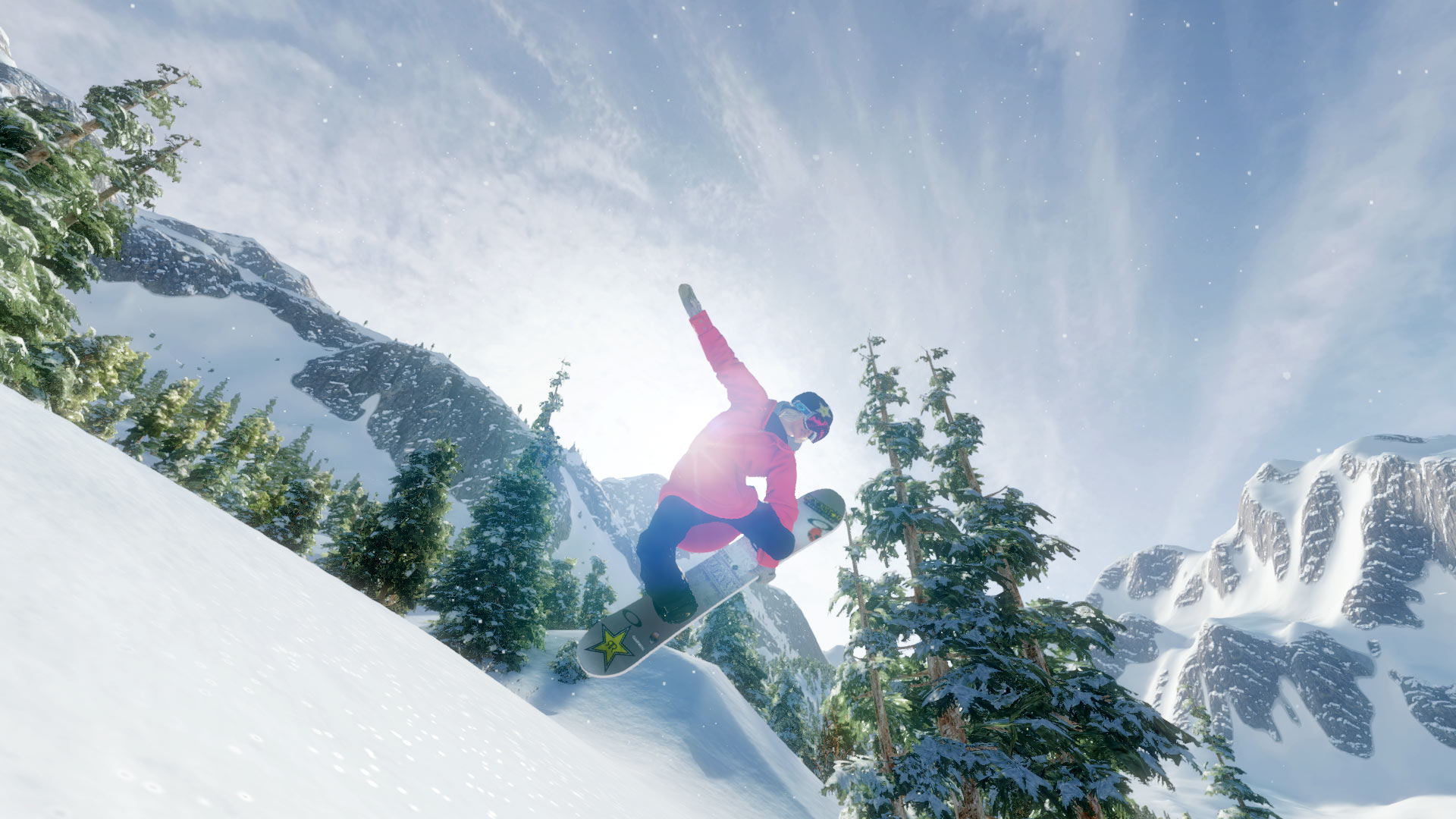 It actually looks fantastic with fluffy mountains filled with empty blankets of snow or even trees depending on where you end up going. You're able to easily at any point hop up into a helicopter and just fly anywhere to start boarding. There's also the option to just pop up the menu in order to quickly edit the world by setting up courses or just throwing in new scenery. You can also hop into any setup course that's been created by others online through regular boarding down the mountain or in a well sorted list of menus. It's already got a fair set of courses created though nothing too noteworthy yet, but over time I can see there being a massive library of mountains to tackle. These can be run by yourself with leaderboards or you can even challenge a friend if you'd like. Some of the events included for playing or creation are backcountry; slopestyle, race and halfpipe to name a few. Everything works out how you'd expect though as far as racing I really hoped there would be more AI players available as it mostly comes down to just head to head battles.

The characters also look great with a fair set of customization and pre-set professional snowboarders to play as if that's your thing. Going back to physics they felt realistic or even maybe a bit too much at times with it being basically impossible to get back up after falling down aside from replays and time where all momentum stopped. There does need to be a bit of balance between realism and what's fun in a game. I found it just frustrating when my character would stand there and no input would get them going again. I also wasn't a fan of the camera angle changing by itself as it was just stupid to start looking upwards while my character was going downhill and I'd have to restart races in order to get the angle properly setup. I also wanted to mention the HUD as it's mostly just open taking no space which was nice actually. To also expand on boarding in general while difficult at first once you get the hang of things it feels fine and the tricks are neat to learn as you continue trying out new combinations. 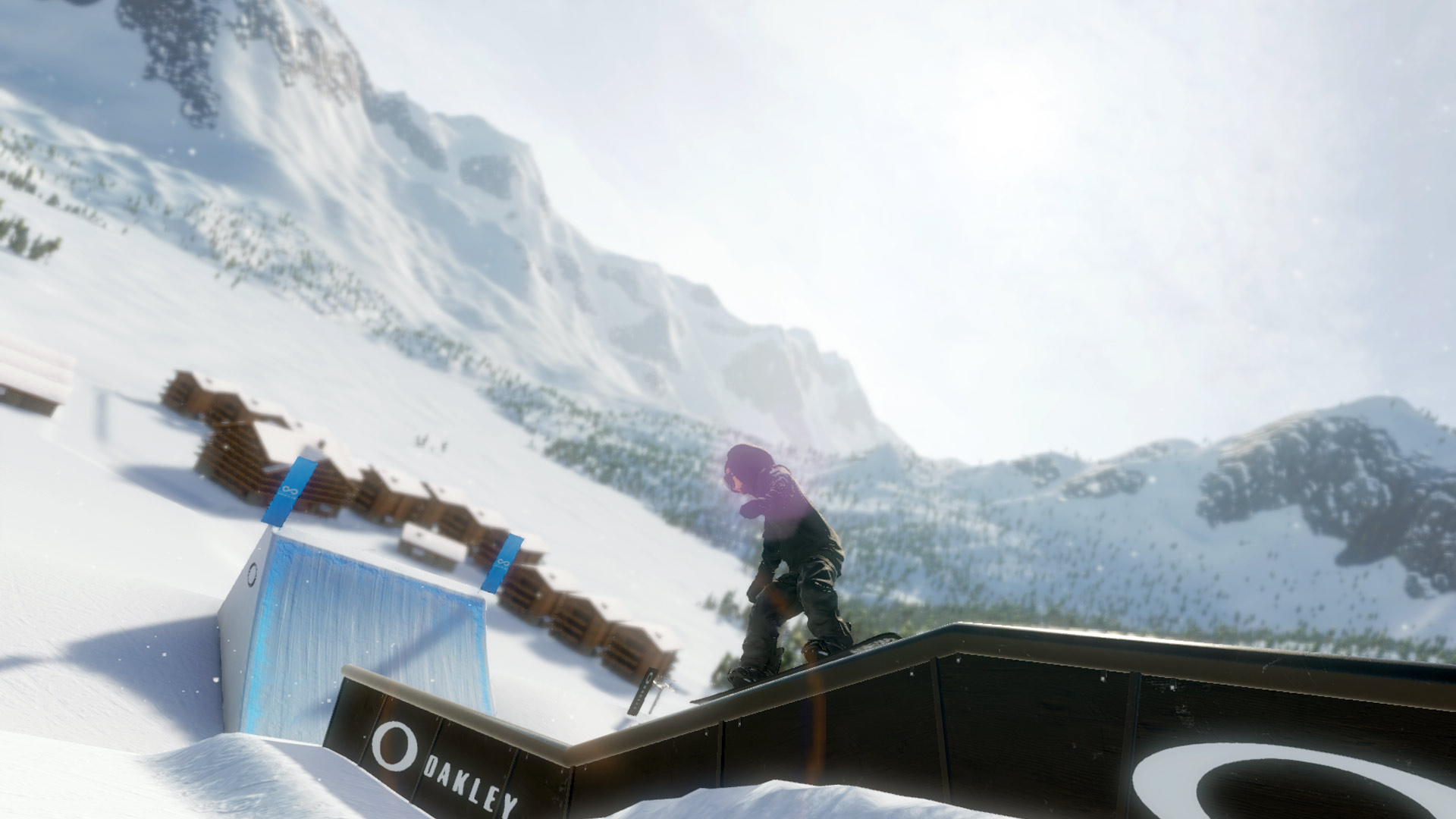 Mark McMorris: Infinite Air is a solid snowboarding game featuring a completely open world to shred through and many customization options. It does however lack in terms of having standard content available within it though I think the focus here was providing a sandbox for players to make their own. I would have liked racing to have expanded AI options to get actual racing setup as the mountain can get lonely at times. There also could have been better options for learning as it was surprising to just be thrown onto the mountain from the start. This works fine with me as I often skip tutorials when I can, but with a game that has a difficult learning aspect to it at the start it could have benefitted by getting something in there at the start. There's a lot to customize and play with Infinite Air with the options of players being able to expand it however they'd like readily there. Just don't expect too much pre-built content aside from the circuit mode which was just some challenge modes strung together with a battle against a pro at the end.