Dragon Quest Builders is questing game at its heart though very much focused on building whatever sort of mini cities you'd like. It's actually crazy how addictive and lengthy this title is as I'd spend hours just sitting there working on my city. There's of course a general quest line available at the heart as you discover why people can no longer build anything. Your goal is to come into this uncreative and dying land to bring creativity to the people once again. The narrative wasn't particularly complex, but that was fine taking a back seat to the great building present. The story starts off simple teaching you the basics of how to collect items in order to begin creating and provides some simple quest lines to work with. It might be a bit basic at the start as I wanted to just dive into things, but it does provide a proper way of getting you ready to actually just explore with a good set of essential knowledge. There's just a ton of things to create or resources to collect in the world and that also gets greatly expanded upon when you work gain portals to travel towards new locations.

Playing in fairly far out third person camera you control the little builder to either battle against the enemies with his primary multi-tools or build. There isn't much of a different between combative or creative modes with them capturing creation quite easily. You just smash things to collect them and easily click to place with options for quickly adjusting where the block will be placed. There are also blueprints to collect and the rules for creating actual buildings are incredibly easy. They've also included what feels like a limitless list of objects to create over time and you can turn this humble town into a massive thriving city if you put in enough time. You can also combine materials for better items and this is showcased across the board as you continue to evolve the technology available. It's a fascinating transition going from this ruined dirt mound into a sophisticated city. The world is also block based so everything follows a similar system of destruction or creation to keep it simple. 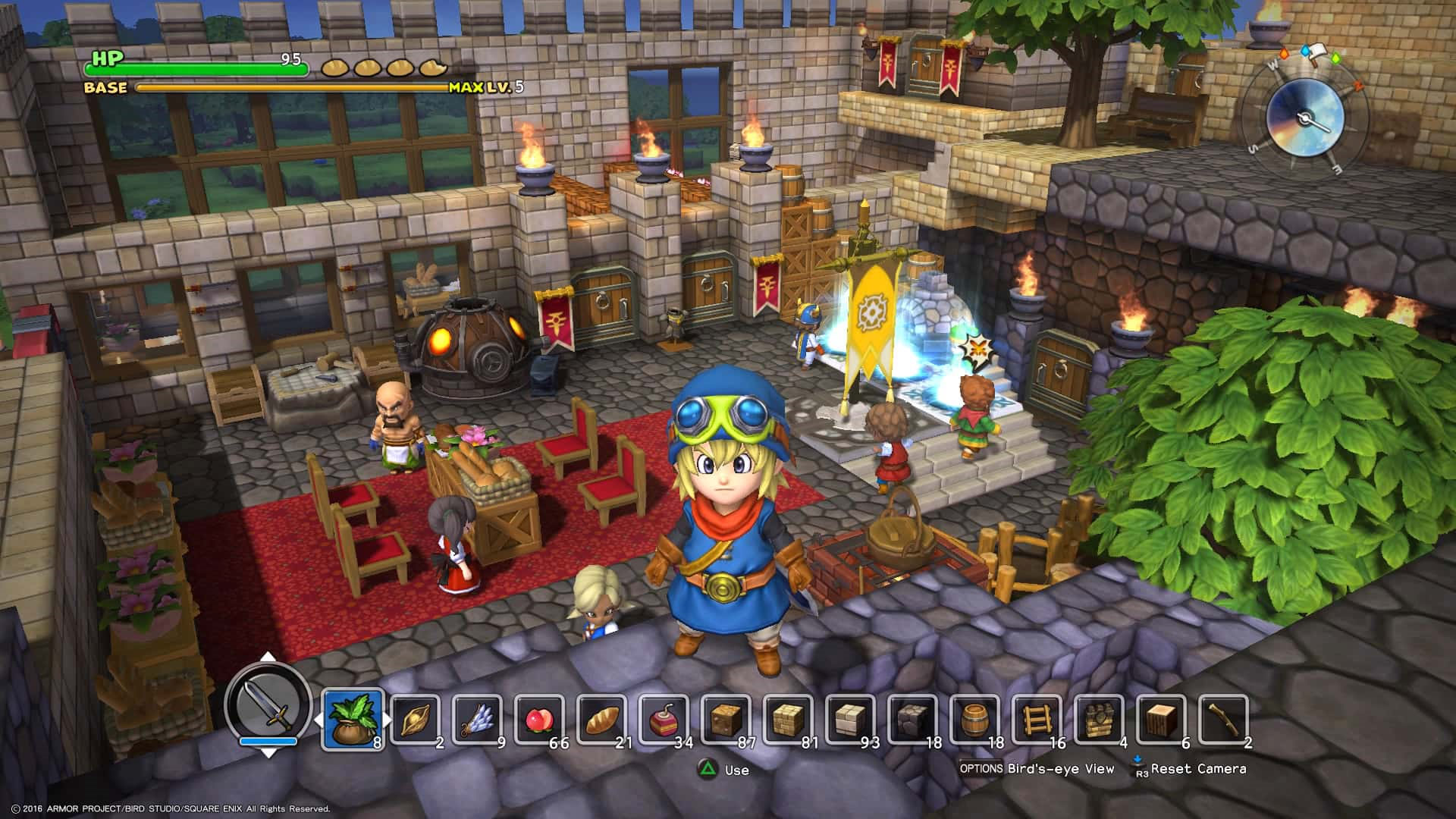 Dragon Quest Builders certainly surprised me being a game that you could waste hours on without even noticing it. It's rare to have that sort of feeling when you play a game and it's quite addicting. The questing elements weren't the strongest, but that was fine with them being just a gateway towards new islands filled with fresh resources to collect. It provides a somewhat basic, yet easy way to learn the game and while some might find it a bit slow at the start it does make sure you know the basics. There was a grand variety of things to collect, build and hours of gameplay. Despite being a questing game I could see the focus here was the building and it was a solid base for them to start from. I definitely loved playing Dragon Quest Builders and will most certainly be continuing to build upon my town as there are just so many options for customization.