Things continue to only get worse for Bruce Wayne as he now has a multitude of mounting issues and pressures again him. This includes a battle for control of his company after recent discoveries about his family and taking on the ever growing Children of Arkham problem. Cobblepot continues to make big moves being a key player in the series and in this episode there are some damn good plot twists. That being said it takes time to build towards those moments as the episode starts off much slower than previous entries. Instead of action we're given more heavy dialogue scenes and a build of many soon to come issues. We also get some more time aside for Batman and Catwoman to actually have a relationship of sorts which is not something we see too often in the lore. Typically we do get to see things, but in this episode they act like regular people to a degree and that was a nice segment. There were some bits of action and dividing choices to be had along with another detective scene though these all lacked depth being shallower here.

This is definitely one of the better looking games from Telltale with much higher levels of detail and care in the world. It looks great while also having no stick out graphical areas and it's great to see this property getting the full treatment. For those unfamiliar with past Telltale series the games are a mostly cinematic experience with quick time events and a focus on storytelling. There are a number of new mechanics in the game such as combination movements when in battle or more in-depth quick time system. This included things such as aiming with weapons, combining clues and control of tools. The solving aspect is another new mechanic where players need to look around crime scenes in order to piece the situation together and this in turn adds a better dimension to him being an actual detective. They've really done a great job in capturing the iconic character while still retaining that Telltale style you know. 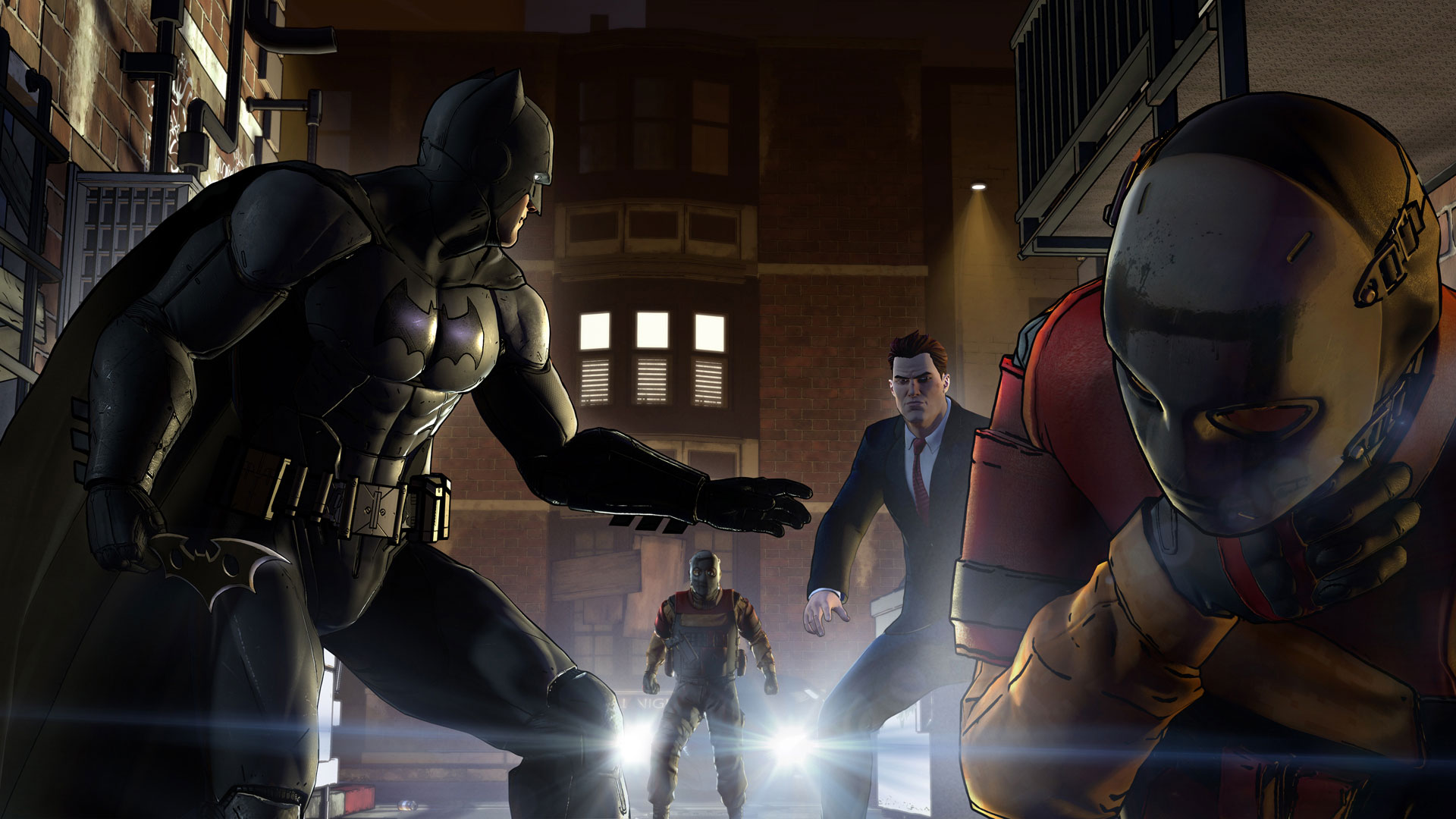 The New World Order continues to build on what's an excellent episodic adventure offering a good set of twists that I honestly hadn't even anticipated. It'll be quite interesting to see where things head considering the future tease and the huge reveals that took place this time around. I also hope with the remaining episodes they aim to build further on the character of Bruce Wayne as it's nice to see him actually deal with thingse. We mainly just see Batman being a badass yet they never look behind the cowl to see the long list of problems he has to deal with. I'd also like to give a great mention in how they're handling Harvey Dent and I love this take on the character.