Mantis Burn Racing is a take on top down racers bringing a new level of realism to the action. The included campaign mode is lengthy in design featuring a good feeling of progression from easier races to much more difficult ones as you progress in the available leagues. This was well done it was nice to feel that sense of difficulty build where hitting those perfect marks got even more important as you got into the late game races. There are also new cars that become available as you continue playing the campaign each bringing something distinct into the race. The races of the campaign are split into gear type events that come together to unlock new sections and these vary from straight up races to Time Trials and Overtake as examples. This also all works into an XP system and of course car upgrades to assist your driving. Aside from the campaign you're also able to play in quick local events with whatever settings as a single player against the AI or local splitscreen. There's also an online multiplayer mode as well if you'd like to compete against others or friends with the same options.

The game actually looks great taking a realistic approach to the environments whereas vehicles have a slight cartoon style to them, but they also blend in nicely with the maps. There could have been more tracks available as while they were nice, in comparison to the amount of campaign levels and gametypes the selection of places to race on felt limited. This wasn't a huge issue as they did some reverse levels to mix it up, it still would have been better to see more variation. The tracks also run quite well featuring a variety of designs that kept each one feeling unique. The vehicles also handle very well for a top down racer and that was certainly appreciated having had issues with others in the genre. 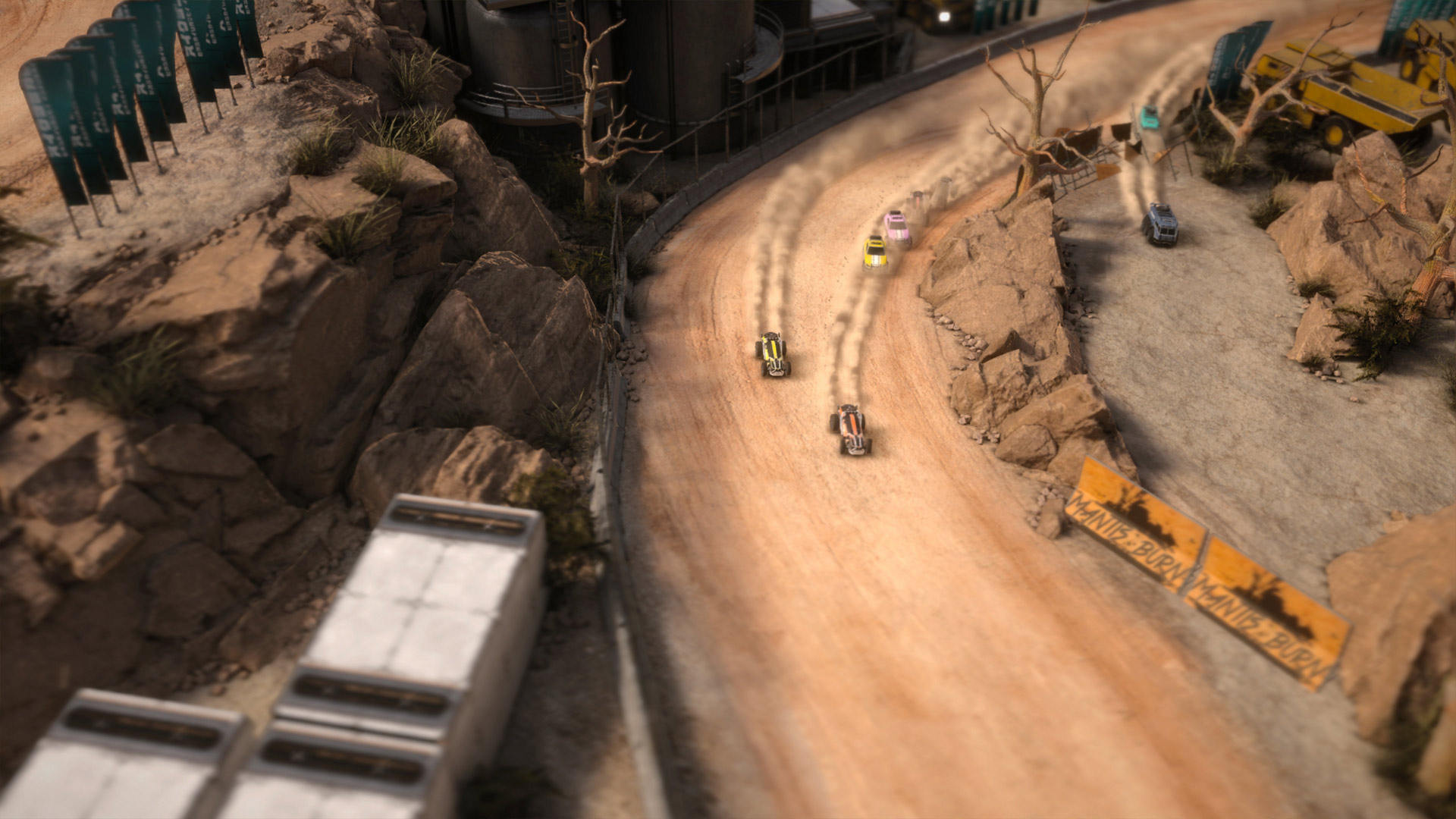 Mantis Burn Racing does top down racing very well featuring realistic tracks and a lengthy campaign. That campaign also scales well in terms of difficulty and in keeping the races fresh. I would have liked to see more maps and environments available for the game, but the selection available works fine. The controls were also well done with the cars handling very well and this is essential for racing titles. There was certainly a vast selection of content and racing in Mantis Burn with many options to play it locally or online with others if you'd like.