Necropolis is a hardcore dungeon crawling game that has a purpose of providing an environment of death for the player. It does so by having permadeath where you'll need to restart the entire game at every death and by having enemies that cause great damage. This is an interesting way of presenting a game as it's become somewhat of a fad ever since Dark Souls where games are suppose to be quite difficult for no reason, but some like the challenge. I don't have a problem with games doing that, it's just they need to have some soul to them in terms of a story or at least exciting gameplay. In Necropolis everything feels bland, slow and cumbersome as you move through almost lifeless environments. The permadeath is a bit better if you play in a group since reviving each other is an option along with respawning, but total group death has the same regular stakes. The narration is also as boring as the world you walk through often acting as it doesn't care what's happening and is happy you're dying. It wasn't the most difficult of games to play, it just wasn't at all exciting and too treacherous to play by yourself. I did find the four player online aspect to be a great addition to the game as you really won't get far alone in this one and I'm sure many won't want to keep going after a few deaths. There also wasn't much of a guide on what to do so you need to move through the dungeon to discover things and this wasn't bad as it's mostly linear.

There are two classes available in Necropolis with the first being a swift yet insta-dying small character and the second being a brute that's much slower though the better option. Players can also choose between the sexes and a small selection of banners to battle for though this doesn't do much. The combat is simple having two distinct attacks and special potion bonuses that can be granted by drinking any of the special bottles you come across. I found the general systems to be a bit too basic and the actual fighting to be very cumbersome. I would spend most of my time hitting my teammates instead of the huge pile of enemies that we would be attempting to clear out for progression. The environments were also quite bland carrying a bleak grey look and generally lacking any sort of life. While they were random in generation nothing felt distinct from previous exploration and there wasn't much to look for making our squad opt to just run by things. 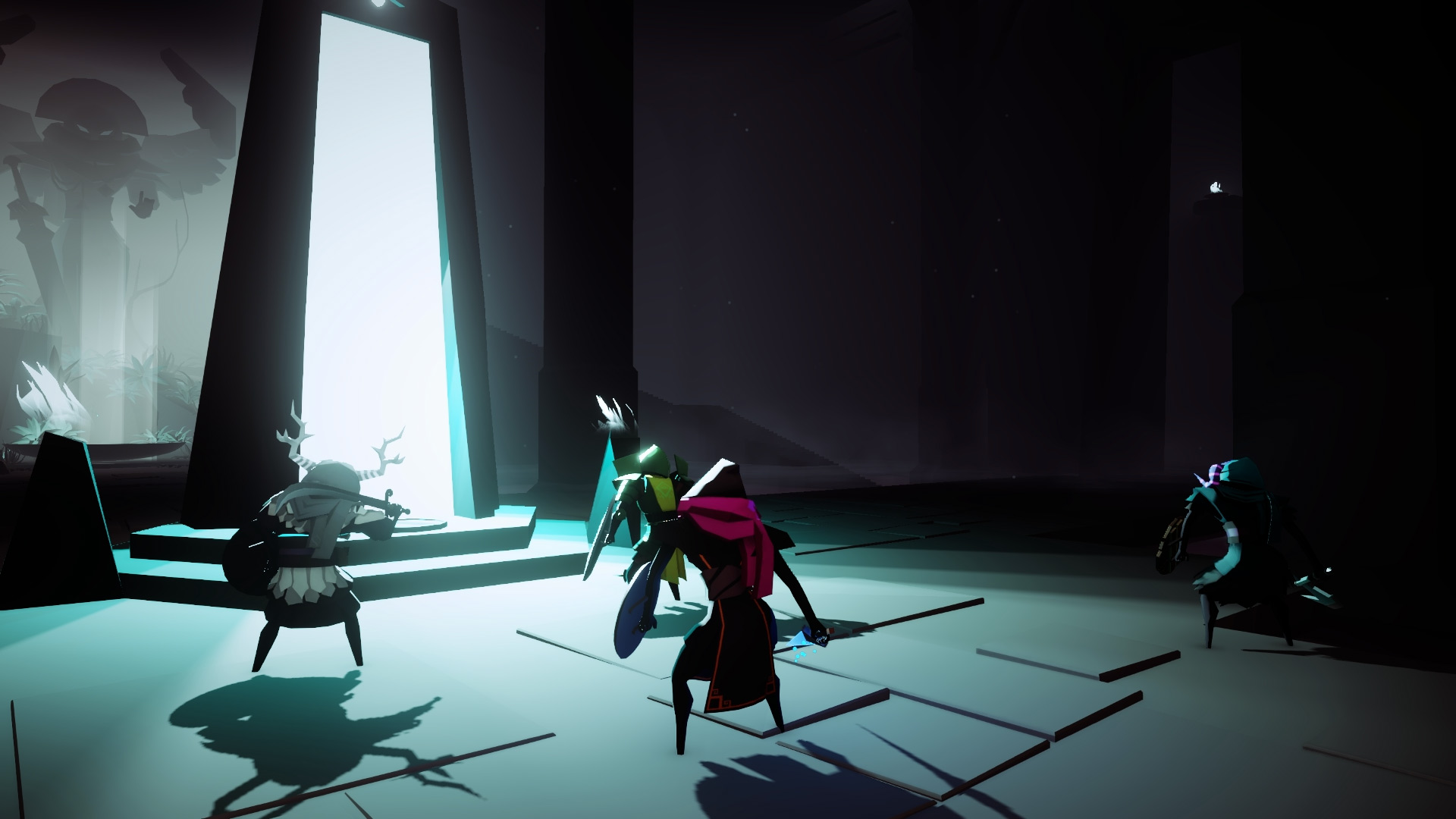 Necropolis was an alright dungeon crawler feeling basic, cumbersome and boring in that there wasn't any feeling of progression. The whole death aspect was fine, I would just expect there to be some sort of reward as you continued along to create a sense of wanting to play multiple times. The world also lacked detail despite having a variety of random places to move through and I felt no desire to explore off the beaten path when those options were available. It can be a fun experience to play in coop, but I wouldn't at all suggest this for solo players as you won't see much progress. There was definitely something here at the core of Necropolis, but it felt flat with each area of the game feeling average and lacking any sort of excitement.

Necropolis Review on Xbox One
Review Code Provided by 47