"Return of the King"

Duke Nukem is one of the most iconic gaming characters of all time that's had some rough years recently. Now he's back and actually better than ever in this 20th Anniversary edition. You can tell that there was some real love and care put into this package as it wonderfully updates the game for the current generation. It adds a ton of new features and improvements to the original game while still retaining that original classic feel. In Duke Nukem 3D your goal is to go out and fend off the alien invaders while saving babes in the process. It's a rather odd game if you think about it though it really just did whatever it wanted and you don't see games like that anymore. The world was also incredibly polished with great levels of detail and filled to the brim with fun secrets to discover as you ventured across the many levels. There were so many great references and jokes that still hold up well after all this time. The story is long packing many levels of awesome action and they've also added some new ones this time around that fit well into the campaign. In these new levels Duke heads on a world tour to teach the aliens a lesson from the actual original designers of the game.

Aside from the enhanced campaign there's also a full multiplayer experience that's topped off with matchmaking. Play against others online easily across a variety of modes and Duke Nukem action. You're able to play with eight players in straight up competitive or cooperative online modes. It was fun to play for a bit and while I'm not huge on it I'm sure many of the original players will love to take the local action online.

3D was a bit different back in the day as the game uses 2D sprites and presents them in a 3D way. At least that's how it used to be as the game now has a full 3D rendering option that can be turned on at anytime and it's nice to see the contrast between the two. Being one of the more wild games ever created it's also filled with a crazy set of level environments to explore and even crazier weapons to shoot. Cheat codes are also readily available as that's half the fun of playing classics. Other improvements include a full developer's commentary that can be activated by clicking audio switches littered across the game and fresh audio from the King himself. 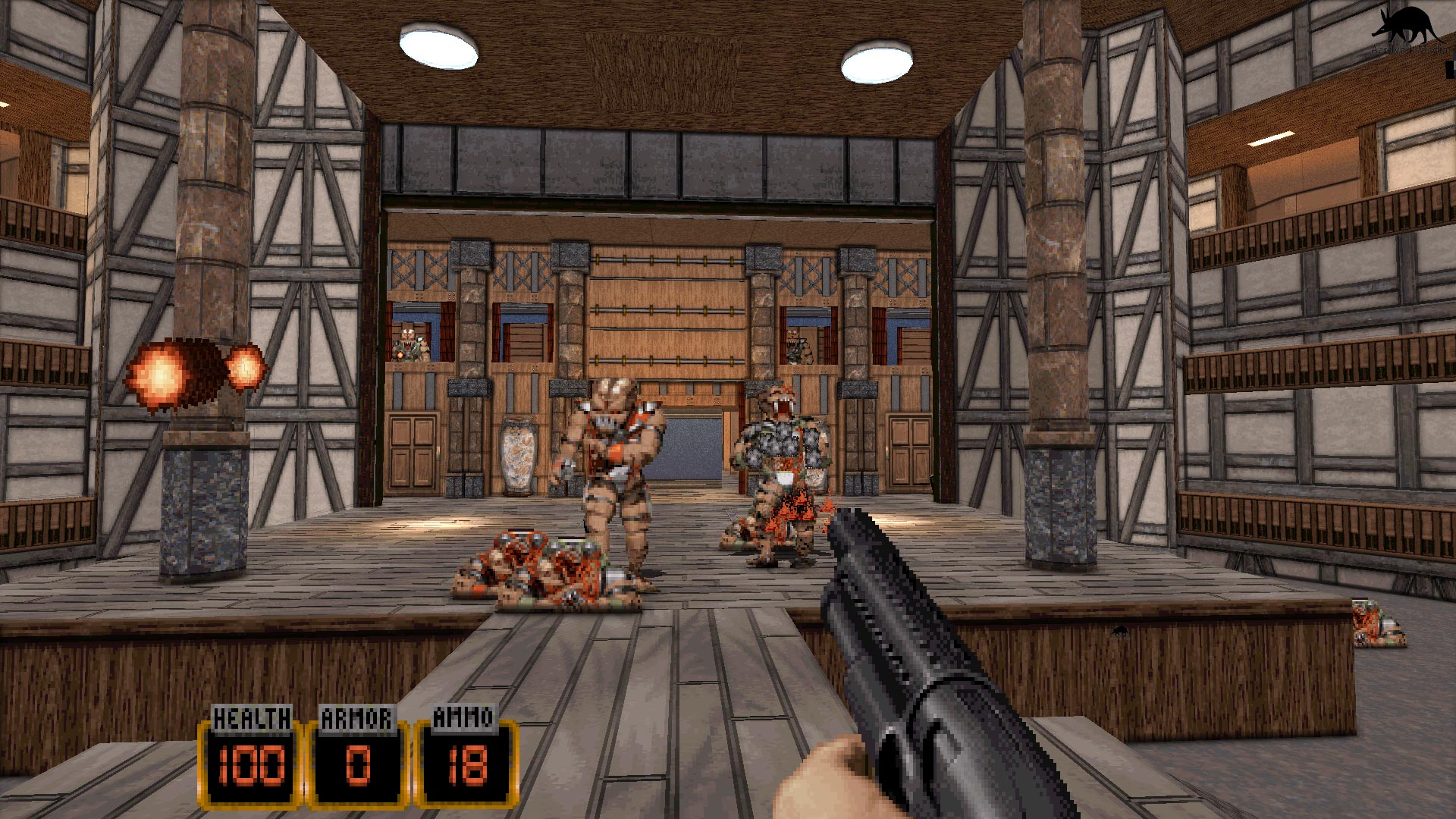 Duke Nukem gets the proper remaster treatment being improved all across the game for this release and you can see the love that was put into this project. It's a great way to celebrate twenty years of a game that did things differently and that many games are afraid to do now. The shooting was fantastic, levels were a blast to run through and the many new improvements greatly build upon an already solid game. This was definitely a welcomed package for fans of the series and I feel that even new players will have a great time.