Warhammer has seen many adaptations for games in the past years and while checking out many of them none have stuck out of the crowd quite like Vermintide. In this take on the fantasy universe you play in a squad of four players attempting to complete a series of quests across acts in a cooperative Left 4 Dead like fashion. This actually works beautifully and while it might seem very similar it stands out on its own. The game actually looks great with beautifully detailed environments and filled with rodents for you to chop down. The general story goes that it's the "End Times" and you're dealing with that by meeting key contacts or generally tackling some evil magical items. It wasn't an entirely cohesive story though I got the general gist of the missions and it was just fun regardless.

Each act is filled with a selection of chapters and progression is done be completion of new levels. You might playthrough some levels a few times when doing quick search online though this was fine as the detail of the levels and options for movement make it feel fresh enough each time. The missions of levels also greatly vary and that in turn affects the scale of levels. Some might have you going out to meet others and these are larger in length of play whereas others have you simply collecting resources in a more enclosed space. Both worked fine in the world and I was never disappointed in any of the areas I moved through. Cooperative play is also essential in doing so and while having four real players is nice the bots were helpful. Not directly as helpful in comparison to Left 4 Dead not bothering to pass you items or grab objective items though they do provide decent support. Aside from the regular campaign there's also a survival mode to test how long you can survive against the vermin though there are only a few levels available.

Teams consist of four players in whatever combination you'd like you pick one of the available classes; Witch Hunter, Waywatcher, Dwarf Ranger, Bright Wizard and Empire Soldier. They each have two distinct weapons that can be swapped out for loot you collect along with slots for trinkets that grant bonuses. Throughout levels there are also essential items to collect aside from objectives that include health packs; ammo, special potions and bombs that assist in survival. Going back to the environments I found the game to look rather stunning being high in quality and full of such variety in the areas you explore. The enemy characters were also well done having many dynamic ways to die often having gushes of bloody spray from wounds which was satisfying. There's also just enough variation within those enemies to keep the hordes distinct and always providing fresh challenges. I did however notice some stutter issues with the game where it would freeze at times though these were not often and didn't particularly cause too many issues. This not being a total game crash, just a freeze for a moment before picking up again and these were often when piles of rodents spawned in. 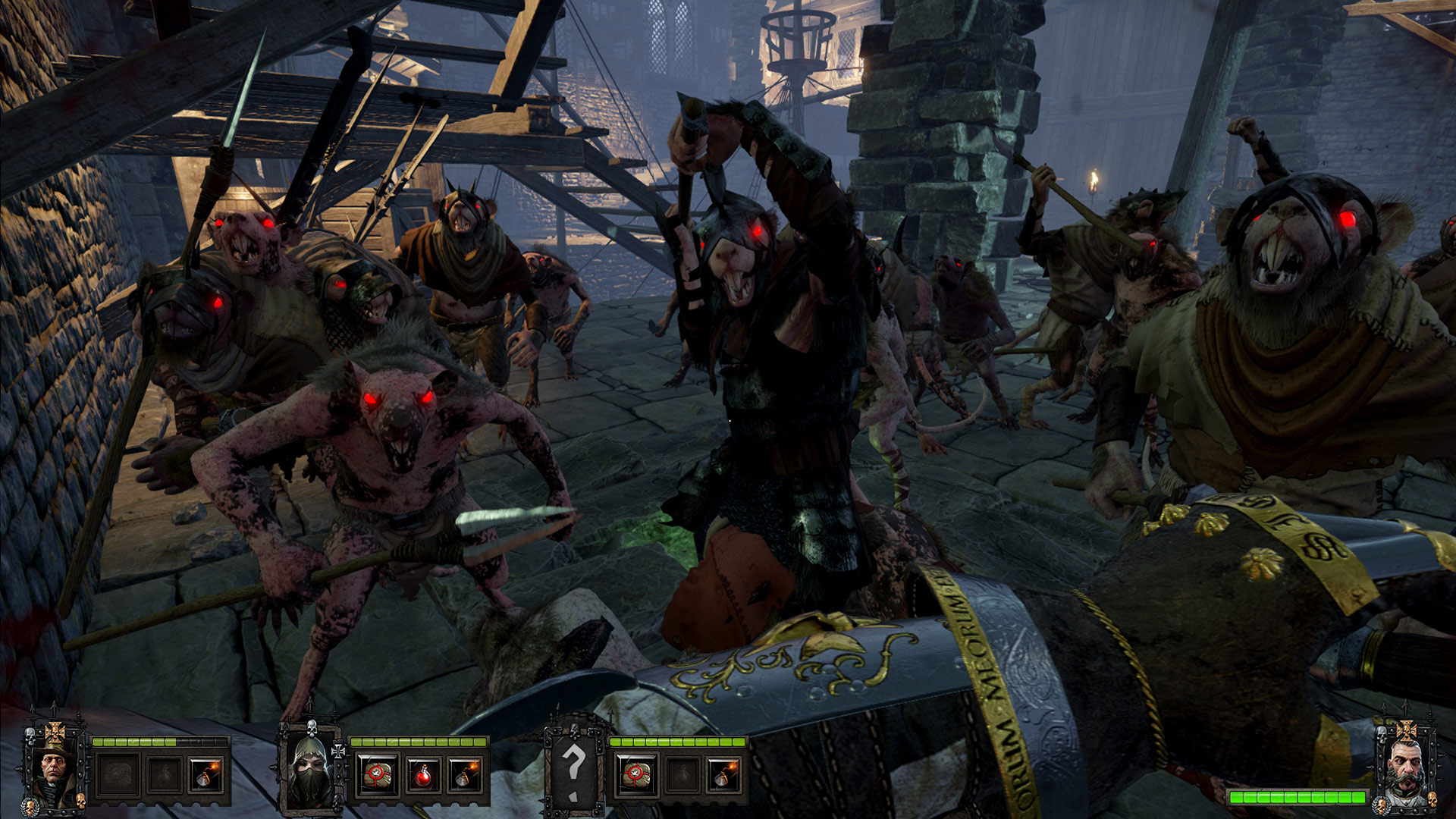 Warhammer: Vermintide was a simply enjoyable game bringing the fun of cooperative action to the universe of fantasy Warhammer. It was just a blast to play in groups of players and even fine to just play online with randoms. There's a great selection of levels to play on that offer great replayability in how large many of the levels are and the quality of the environments displayed. It does feel very similar to Left 4 Dead with medieval type weapons and was completely fine with me as it does so with its own unique style. This is an absolutely great coop game that should definitely provide hours of gameplay and vermin slaying fun. 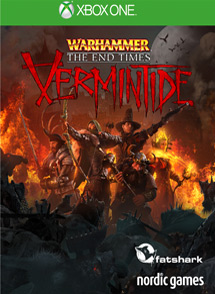