This review has been updated from the original Crimewave Edition that was covered on Xbox One. This time around I was given the complete "The Big Score" edition on Playstation 4 which packs a variety of content into the core bundle. By doing so it's a nice refresh for the game so that newcomers can enjoy it or past players can get a large quantity of content bundled for a cheaper cost. I also want to mention that this isn't a huge change in the game as the content is just more fun missions to do, piles of new items to heist with and more costumes to play around in.

Who's ready for yet another round of heisting with the crew you should know well at this point? I certainly was as I ventured out into the world of crime and picked some locations. I went ahead to rob a jewelry store, a club and then smash items at a mall. It was basically a string of the exact same areas and places from which I've cased many times before. In this game it's all about picking the right crew and the right heist. It's absolutely no fun to play this by yourself though with a team it can be quite a hilarious time. To elaborate on the lack of fun for an individual to play solo it comes down to slow paced gameplay with tons of enemy troops and enemies that lack basic function. They do shoot about though they don't carry bags or really do any cooperative assists along with occasional glitches causing them to just stand around. Essentially they're useless and just side turrets to block enemies, I guess to be fair they also attempt to revive you in the midst of battle so that helps.

Payday is about building up your assets and level in order to tackle more difficult missions. Some of which actually take multiple jobs to finish and create some unique areas. My team went and did memorable things like breaking into a FBI building or stealing some priceless art. Another great one was the time we tried to cook meth, honestly the first time I wasn't paying attention and lit the lab up in flames. Needless to say that particular mission was a bust, though the other times were a bunch of fun. I think that instead of spending so much time on unique larger levels that maybe more smaller missions which you do more often should have a larger variety of areas to take on. I also got annoyed by the weird tail missions where everyone gets sprayed out in a terrible location to hold onto the bags for a couple minutes. There's no cover and it's a weird change of pace which presented empty and boring areas. As far as a plot or story I can't really say that I found much of one to be present as it really is just a string of missions to pick from.

The game plays similar to many first person shooters though there are options for you to control the crowd. You can tie some up and get others to hit the floor by yelling at them. From there you lug this awful drill to do its thing for a couple minutes as you look around and shoot dozens of oncoming cops. This can be improved though over time if you manage to get some better gear. It's a great time in that regard and almost no one is ever serious. The graphics look slightly better than they did on last generation consoles though really nothing special at this point. The system for customization and leveling was great with in-depth skill trees along with a vast selection of options to make weapons unique. With the depth of customizing every single person you meet will bring various skills or traits to the team. 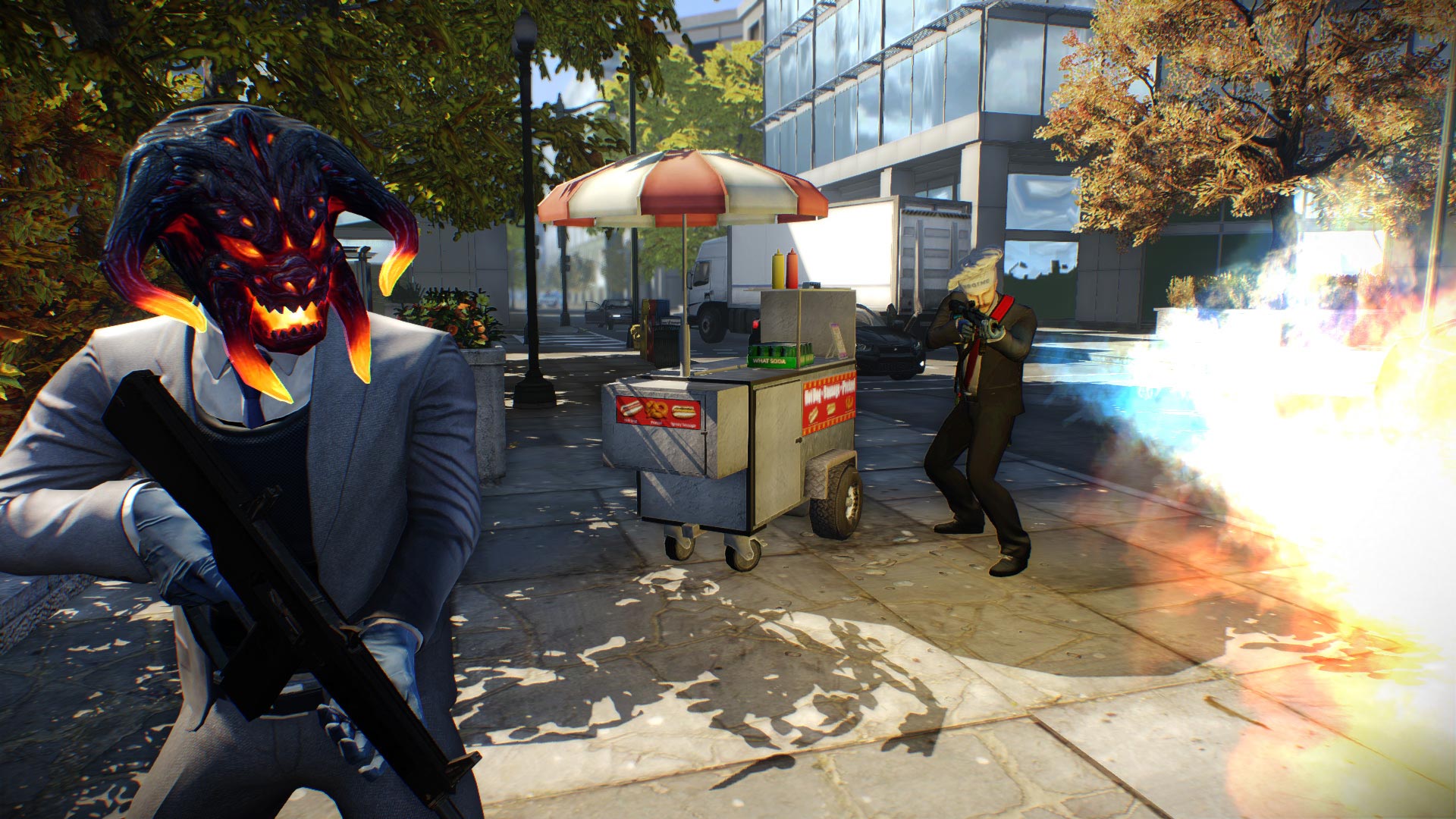 The Big Score is a great improvement on Payday 2 bringing in some fine DLC to the experience. It's mostly just a good chance to refresh the game for consoles by bringing in a fancy new name and stacking the DLC into the main content. This is fine as I enjoy the game as many others do and this simply just expands that experience for new players looking to try it out or for those coming back to get the new content bundled more cheaply.