Snow Place Like Home picks up a great many years after the fantastic episode where Graham found the love of his life. We continue the quest in an odd situation where we become a tired parent taking care of his infant children. You'll need to find out what the infants want and then take care of that, it's not at all difficult and a nice moment to mention as it's an important step in Graham's life. This is where everything goes wrong and a mysterious wizard comes in causing some devastation to the kingdom and steals Graham's son Alexander. A great many more years go by with Graham trying everything to find his son and as he's about to give up Alexander returns home. Things have changed though and this episode is deeply focused about connecting with his son. Eventually the reconnected family decides they'll take a vacation to the location of the previous episode though things have changed.

The land is frozen and the once beautiful land is now marked by a massive ice tower. This leads the family to be lost in a labyrinth of puzzles with multiple personalities and thoughts of how to go about solving things. The puzzles did provide a good variety of unique challenges while having multiple levels of difficulty though nothing that would cause any frustration. I found this to be another solid and challenging episode that not only provided a great selection of puzzles, but also did a great job of continuing the series. This episode was also particularly depressing as everyone is getting older and you can see that the King's Quest will definitely be coming to a conclusion soon. 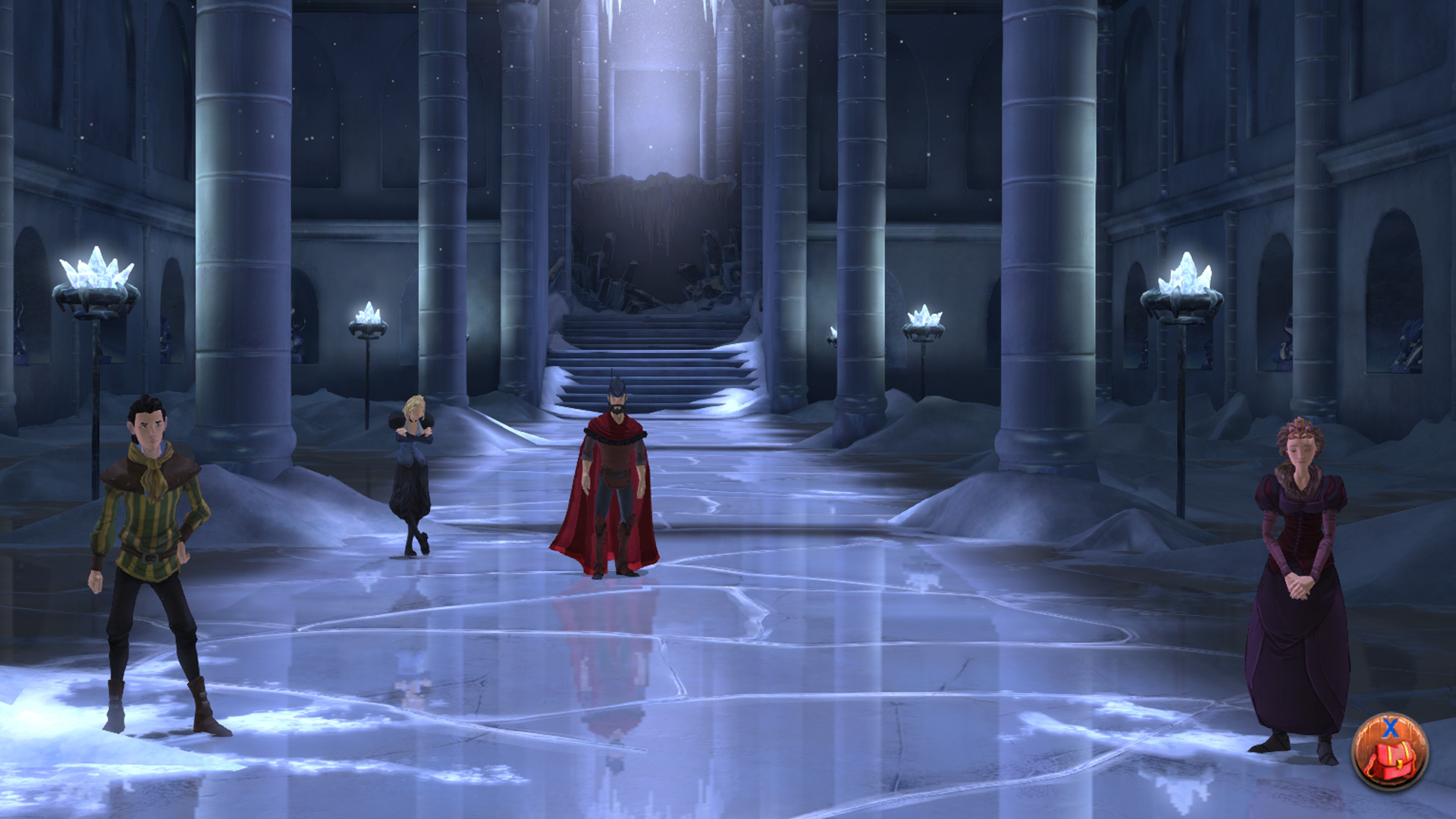 King's Quest continues its impressive season bringing another beautiful and impactful chapter. Not only does it provide a strong series of puzzles that are sure to challenge without being too difficult, it also captures an important and emotional step towards a conclusion. It was once again great to see everyone age in the series and the familiar faces that still live on the land of Daventry. I can see things being greatly different come the next episode and I'm very excited to see things turn out. While the season is coming to an end in the near future at this point I'd also love to see them dive into some of the adventures between episodes as it sounds like they've had many grand journeys over time. This being with additional episodes or a season two of sorts since this story seems focused on telling the big moments in the grand scheme of Graham's life.