Agent 47 heads to Colorado in the latest assassination mission as he aims to take out four high value targets while also doing some separate investigation. In terms of story it really wasn't that exciting as you could see where it was heading and the big reveal was about average. Colorado features a much more open environment in that it's an open farm area with some barns, old garages and a main house. These are the sections where the main conflict takes place or where your group of targets are most likely to be moving around. I liked the larger sense of scope and freedom in this level though it still felt very focused due to the dress restrictions they imposed within the various sections of the map which was odd. I also found that there was a greater level of challenge here where I spent more time coming up with a calculated way of killing my targets due to the high military presence and lack of places to escape. It still felt somewhat lackluster by the end of it all and even though I had a higher than typical body count it was still an average episode.

The game looks decent with the environments being absolutely beautiful, but the character models seemed off for some reason. It also runs very smooth which is great for the type of game and the cover system is well designed feeling very fluid. The AI are also incredible having a number of responses and actions to them whenever you interact or even just as they wander around. This helps to keep things fresh while moving around since the game is heavily placed on replayability. Even with that I still got bored of the level after a couple playthroughs and really desired more areas to move through. This map also felt a bit more open compared to past entries carrying a heavier focus on silent play as there wasn't much cover to move through. 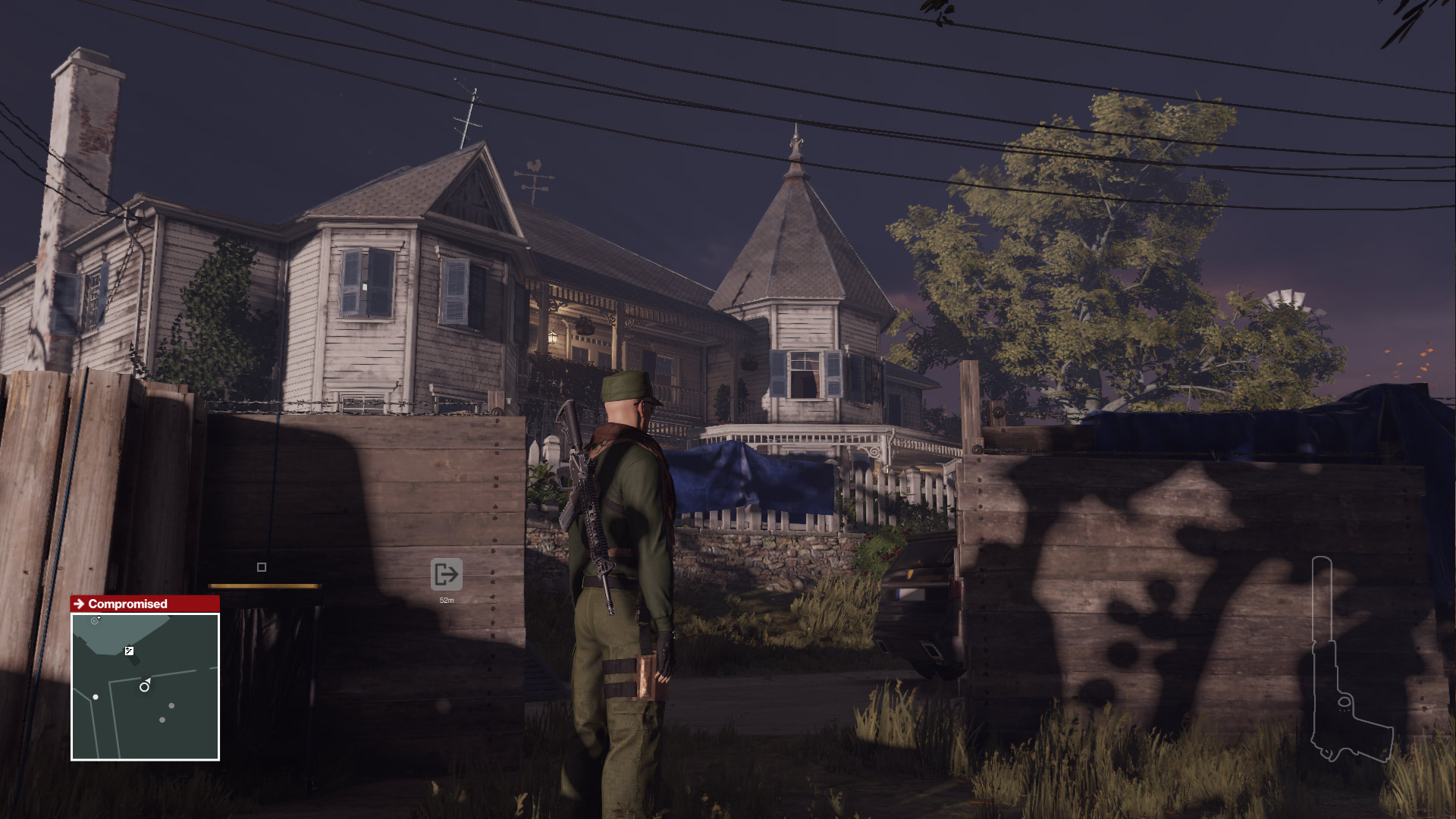 The Hitman season has been just plain alright and this episode while initially more exciting just didn't elevate anything. It was a neat map with high stakes though it took away some of the freedoms of creating a solid plan while casing in turn of direct action. There were no options to look at anything and you were just thrown into a heavily armed camp in the middle of Colorado. I also didn't care much for the story elements as these little ending videos really don't create any emotional response from me and they seem to just lazily tie the episodes together. That aside it's an interesting place with all the usual side things to do such as contracts, it just feels more focused despite being an open space. Following that it's also less creative in how you approach the situation and more about being creative within a tight space with limited options.