The Witness is essentially an open world puzzle island that you get to explore by solving a pile of challenging puzzles. Most are basic in concept with you often just filling out a board by doing some dragging of power though they can get quite difficult and more complex as you reach certain areas of the world. For those that love puzzle games this is essentially a sort of haven for you though for others I can see them finding it a bit empty. There's not a traditional story or even a tutorial as the game gets you to use general logic to learn the method of solving things. While it may not be heavy in narrative a story does somewhat appear as you solve a number of puzzles and just explore. This is actually really easy to do so as the world is absolutely stunning, filled with vibrant and lovely colors.

When playing you just simply walk or run around and click to interact with a puzzle. Once in the puzzle you just drag the power along and attempt to solve them. While it might sound odd in text the entire concept of just playing it is completely logical once you start. The puzzles vary in complexity and while nothing is impossible there are some extremely challenging portions. This is expected though as you can't have hundreds of puzzles that are too simple in nature. I would have liked to see a bit more variation with the puzzles though the core concept they built from never got too repetitive. The world is also just lovely as I previously mentioned with just a gorgeous landscape to get lost in. It's full of incredibly vibrant colors that just shine no matter which region of the island you're exploring. You'll most likely never get lost when moving around the island, but it doesn't guide you to do anything either. 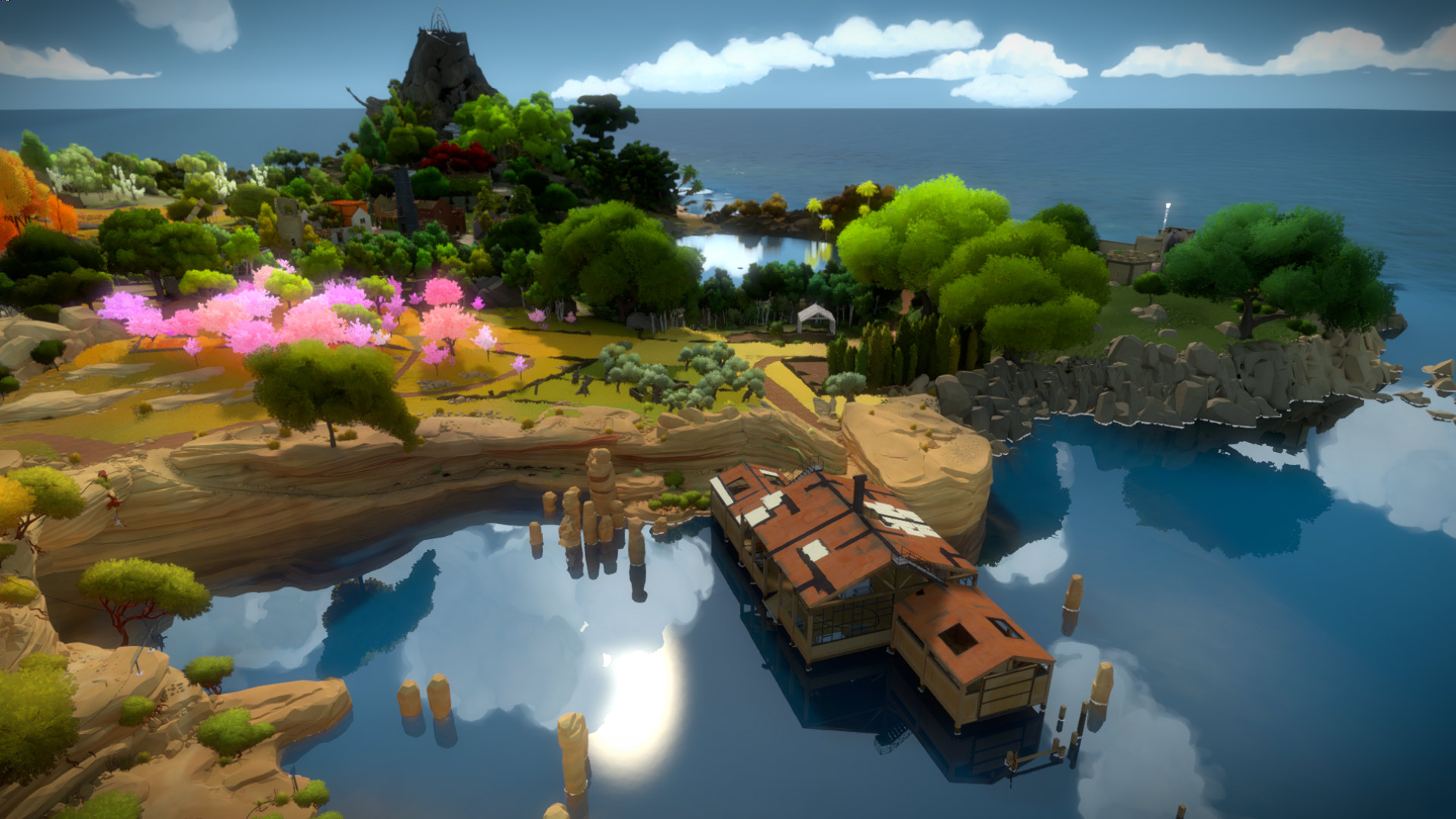 The Witness is a haven for those that love puzzles being a special world for them to explore. There are also a variety of puzzles present that vary in difficulty so you will definitely get a challenge on this visit. It's also a calmer experience than what I'm sure many players are used to so it may not be for everyone. Still, it's such a beautiful landscape to explore or even pass through and accessible for anyone to play. You just might spend some more time on certain areas than others, but nothing is too far out of logical solving. The Witness is just that, something you should witness as it's such a mystical and lovely place.

The Witness Review on Xbox One
Review Code Provided by 47