Mount and Blade: Warband is a direct port of the slightly older title that graced the PC many years ago. It now comes to consoles bringing with it the full campaign and exciting online combat. It doesn't however carry with it any of the DLC content and lacks mod support which is a feature I've heard from my big fan friend of the game is a huge part of the experience. That aside I did find the game to be full of content such as going through the campaign, but the real fun is truly the online aspect. There isn't much of a story in Mount and Blade as it's more of a forge your own adventure type scenario. You go through the lands looking for work, collecting troops to fight with and generally making your way across the large landscape. I didn't find the campaign to be particularly exciting though there's a good selection of content if you want to put in the time.

The other main portion and the most exciting at least for me is the multiplayer. Online you battle in lobbies of 32 players across Siege, Battle or Team Deathmatch. In Siege you attempt to either attack or defend the castle. This feel authentic as you use siege machines, push up ladders or battle your way in opposition to those attempting to defend the position. Siege is a battle to the death where you have a single life and Team Deathmatch is a longer multi-life version of this.

A major issue with Warband is that the game is incredibly aged at this point and being fresh on consoles they should have maybe done a bit of work on improving it. While the world feels gritty and exciting it's quite ugly at this point. This carries from the regular soldiers, to the castles and generally the closed in environments. They work fine though it's not as pretty as most titles on the console are and it feels very slow paced. You can move slightly faster on horseback though even those are a bit awkward yet fun to ride around and slash enemies. Combat feels authentic with tense battles and arrows also feel authentically deadly. When hit with one you feel the hit through vibration and it also sticks proudly out of you which is somewhat great. 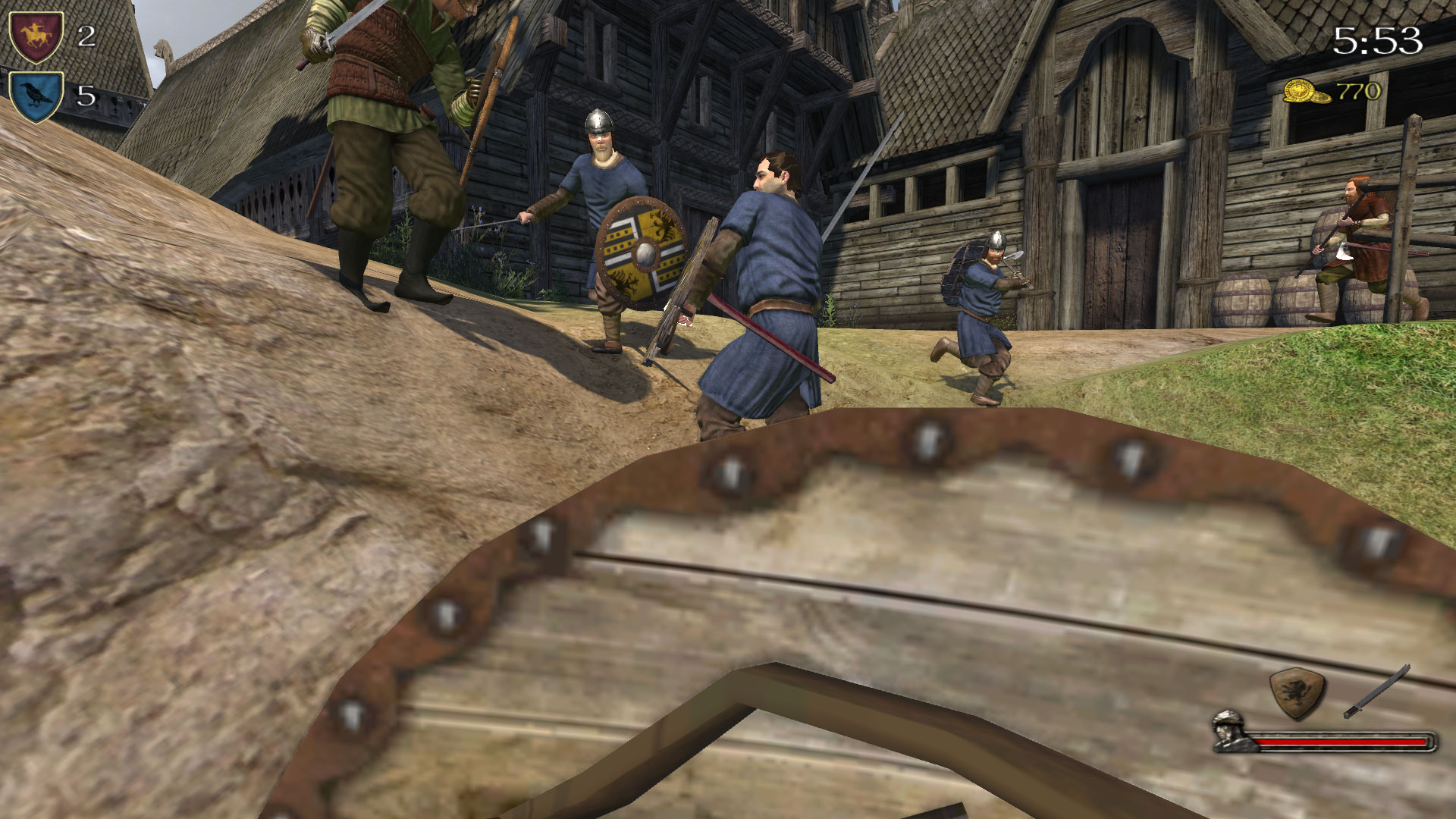 Mount and Blade: Warband is a decent port though it might have been nice to at least get some of the DLC or bring in some potential mod support as that is definitely a thing many console games are doing these days. That aside I enjoyed the multiplayer finding it to be an exciting experience where some interesting times are sure to be had. Matches are great feeling tense, yet filled with death and adventure with a horde of players battling it out. The campaign was definitely a bit drab lacking direction and feeling empty, though I suppose it's there if you'd like to check it out. If you're checking out the Warband on consoles it most likely won't be for the campaign, but the multiplayer is a good time.