Forza Horizon 3 is simply the best racing game ever, never has there been such a complete and exciting package. The Horizon festival returns though after the last couple of seasons you're now running the show by displaying mad skills and building up the festival. You do this in the same ways as before by completing races; doing insane PR stunts, showcase events, bucket list challenges and whatever other crazy driving events they throw at you. They've also now introduced Blueprints as well where you can customize and create your own races to make them unique instead of just feeling as though the journey is pre-fabricated. This is also the largest and most beautiful Forza title taking place in Australia. The map is absolutely massive in scale featuring a wide variety of biomes and locations for you to race through. It's basically all the passion of the series thrown into one huge sandbox world that you can do whatever you want in.

Not only is the game fun it's just purely magic no matter where you're driving as each scene is a treat for the eyes and the experience feels so personalized. Everyone knows my name in the game, they talk me up to be a champ and there are just unlimited customization options. You can completely tweak all aspects of the vehicle through tuning or swapping in parts. They've even now added custom license plates (Halo 117, ah ya) and custom horns (Warthog Horn! Halo Theme!). Not to say these are your only options for horns, its just so pleasing to give an example of how personal every single vehicle can be.

While being grand in scale the game also packs a deep and lengthy story that can be driven exactly how you'd like it to be. It starts off with teaching you the basics in an exciting way and expands that with choices of where the festival should expand next. You're in complete control of this experience and now you can also enjoy it with four of your friends in story mode. It's incredible as this can be done with cross-play of Xbox One and Windows 10 so your friends can drive with you anytime. 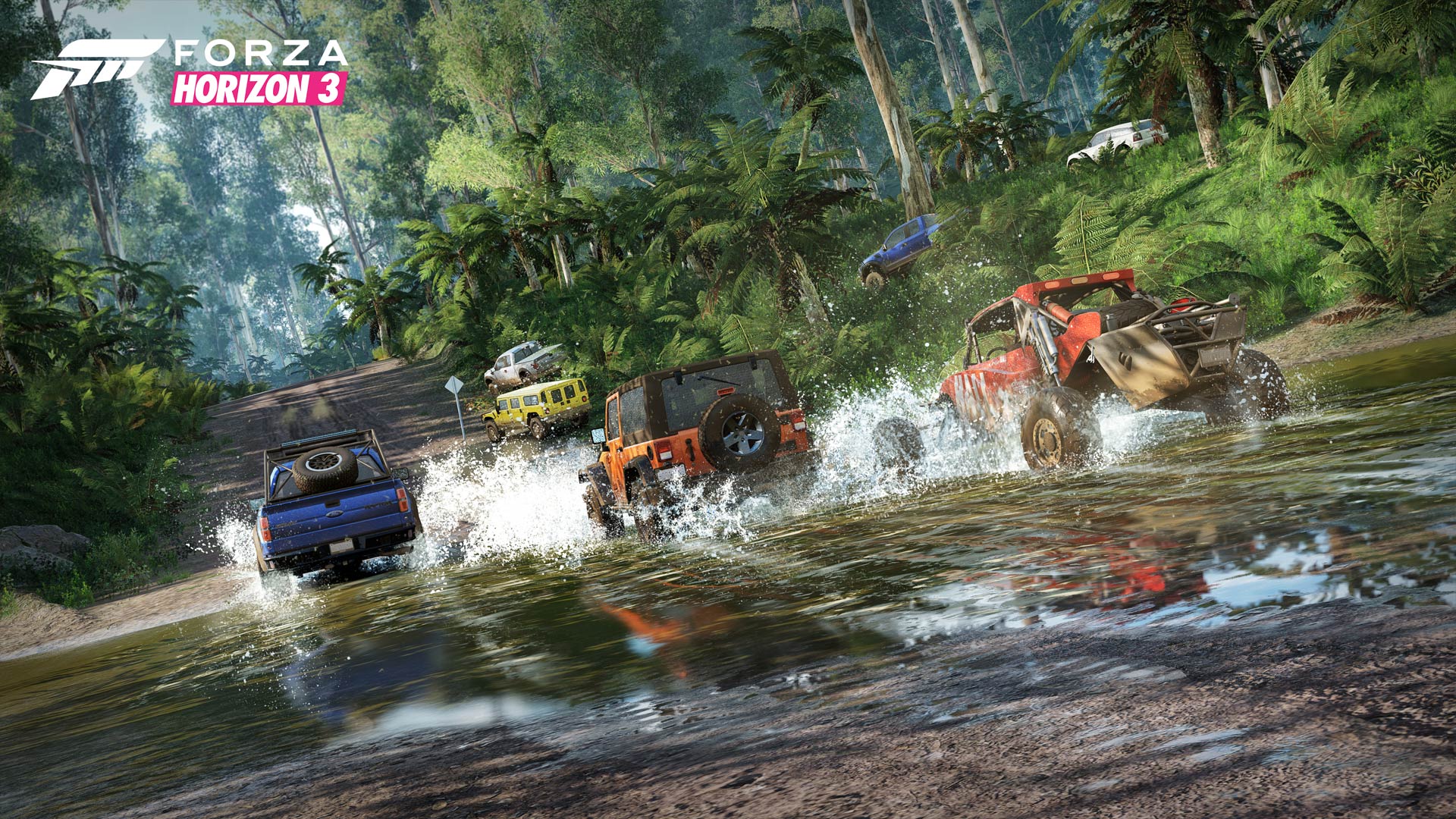 The multiplayer aspects of Forza Horizon are largely the same as before where you can get into large groups and do an assortment of races or mini games. What's new this time is the coop campaign where for the first time ever you can grab a few friends and race in up to four players towards the host's campaign progression. This works beautifully with many options for whether you want a competitive setting or a more cooperative one as well when tackling racers and events. They did a great job on this mode as it always made sense in the past to have this and it's a welcomed addition. Going back to the online adventure it's basically the same experience with some slight tweaks where you can race each other across standard races or play mini games such as Infection or King. This whole area worked fine before and this time around it's just a slight improvement on that.

Horizon 3 is absolutely stunning with every single portion of the game being a treat for the eyes. It's incredible on Xbox One with a fully realized world no matter where you're driving. The world is also incredibly diverse from sandy beaches to a bright town, or perhaps out into the lush forests and even the harsh outback. It's also full of life with people having partying or cheering to the side, tons of challenges to complete on the nearly five hundred roads and even some Barn finds to come across. The cars are also filled with detail yet that's expected from past Forza titles and there's more than ever before. The customization is also vastly improved as I've previously mentioned to make these truly feel like they're yours. The handling for vehicles is perfect as well and the scenery is dynamically amazing. No matter when you drive the world is gorgeous whether that's under the city lights at night, on the beach in the heavy rain or just out in the country under the warm sun.

Music is also back with the game sporting over 150 songs and the ability to play your Groove music as well which is awesome. Even despite having that I still loved listening to the stations as the songs are well selected with a station for everyone. Whoever added in CHVRCHES and Ladyhawke's top new songs for the Pulse station, this game gets bonus points for that. Skills points return as well with you constantly earning them based on difficulty and performance. There are a pile of new skills to unlock as well across a number of modes that improve your game. These range from additional XP to boosts such as getting a drone to fly around with.

Forza Horizon 3 is pure magic, this is clearly the best racing game of all time. Not only is it an absolute blast to play as I smiled the entire time I was driving, it's also accessible for everyone. The amount of customization options is incredible as every vehicle you buy can be tweaked in every little way. The racing is a blast with many options for whatever type of driver you are and Driveatars return in full form adding a bit of extra life to the road. Another neat feature I didn't mention before is the crew addition where you can honk at other Driveatars and they'll race along with you for extra XP. There were no problems with Forza Horizon 3 and I found this to be a perfect racing game with no equal. I have no idea where they can go from here as I'm not sure this game can get any better than this. 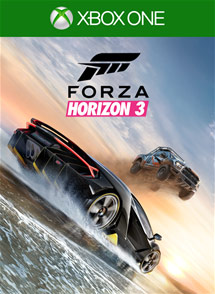