King Oddball is a game where you play as the King Oddball and attempt to destroy a series of military personnel that have come to stop you. As Oddball you take out these enemies by using your tongue and swinging massive rocks to destroy them. Launching the rocks will immediately crush them similar to Angry Birds and a bit more basic than the other titles I've played in this type of series. I'm assuming this is one of their earlier titles as I found the other games from 10tons that were similar had for more complexity. While it does provide a great many levels to it I found that most were very empty feeling and there wasn't much to them. You simply just cover over a square for it to load and you swing rocks. Nothing moved at all and the environments mostly felt empty with repetitive usage of the same vehicles or enemies. This made things rather boring and it just didn't bring the same sort of laugh even as the other games.

The world was largely grey in design bringing with it few colors. The arenas were also small and lacked life to them though available in a good quantity. You're aiming to destroy all the enemies with a selection of rocks to do so with some minor objectives you can earn as well. You do this by swinging a rock back and forth on the Oddball tongue until you think the momentum will carry it to destroy things. It works well for the most part, but it lacked excitement and didn't quite feel like it was anything new. 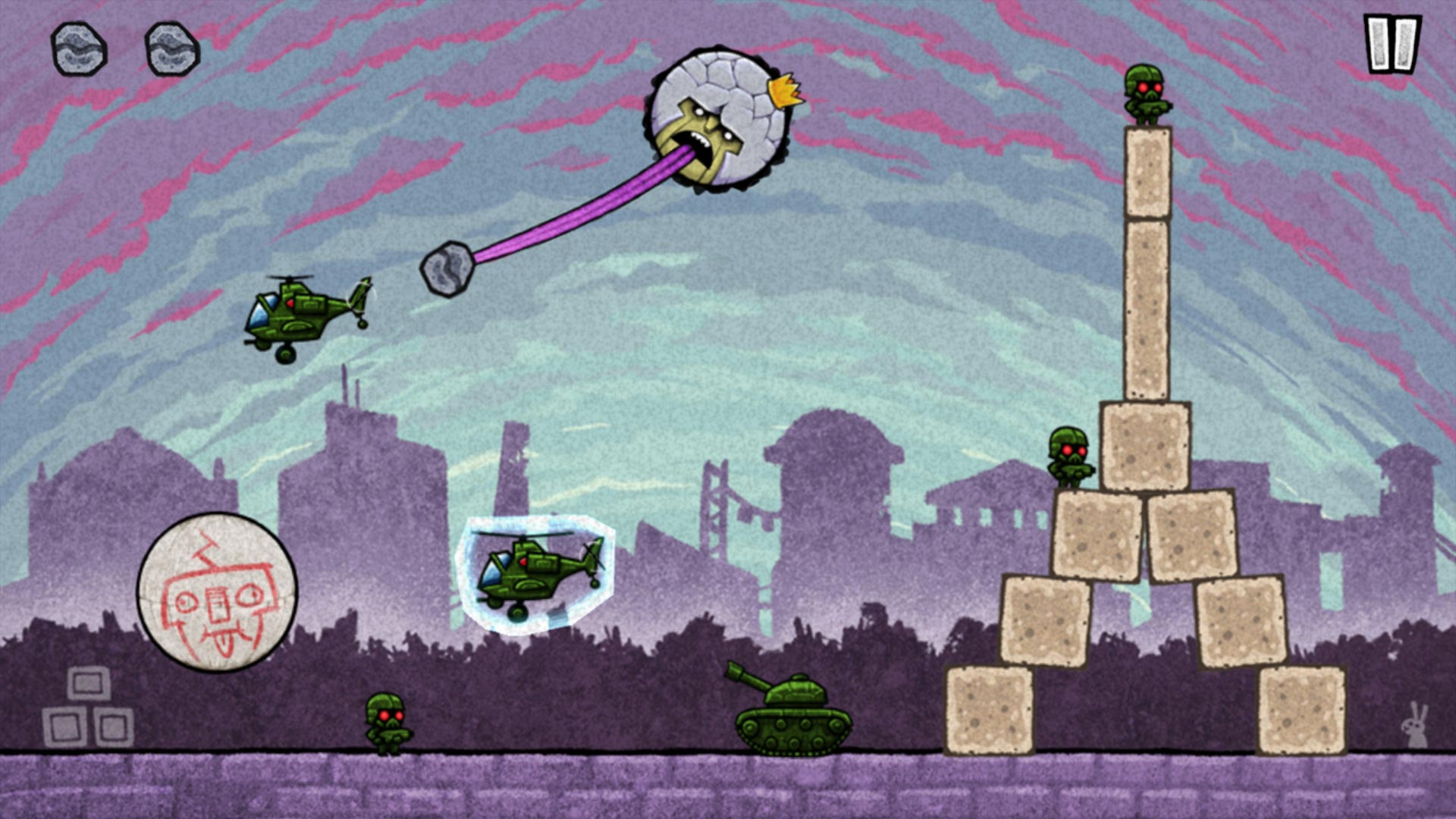 There's a good selection of levels to play through in King Oddball, but it definitely lacks life to it. The levels are mostly boring with repetitive scenes and a lack of variation. It carries the swing and aim system we've seen before without really doing anything new to it. There also wasn't much of a story involved at all in the title. It just lacked any sort of special life to it though if you enjoy these type of aim and hit games than it runs fine. I was just mostly disappointed as I enjoyed their other wacky titles and this one just didn't have anything that made it feel unique.