Awesomenauts Assemble! brings together a large roster of mighty characters to battle it out in a MOBA styled arena. Featuring a variety of battlefields and in groups of three players you'll need to capture key points of the map to push forward. These show in the form of turrets for your enemy and using bots as cover you need to destroy them. While this is happening the enemy team will be attempting to stop you while also destroying the turrets protecting your base. They've also done a great job of creating multiple lanes despite being 2D in design so you'll need to be observant to see where enemies are attacking along with weak points of the map. It's quick in pace having the action move swiftly and it's for those that want a speedy MOBA game. Matches typically last between fifteen to twenty minutes and can be done online competitive, locally or with some bots in the mix as well which do some damage.

The game looks great with a friendly art style and some adrenaline filled music in the background. There's a good selection of maps available that each feature a unique wild biome. They also each have different design for lanes of attack and some even feature some special events that can happen. The roster is also well done featuring a wide range of abilities and attack styles with multiple additional characters available via DLC if you'd like anyone new. They also all have multiple skins you can pick up if you'd like some more variation. During matches characters can be upgraded using coins earned during combat and these can greatly improve your capabilities. This includes things such as additional damage, more health and your character's special moves. While the game does run well for the most part I did come across some frame drop issues though when playing with a friend he didn't notice any, just wanted to make mention of it. 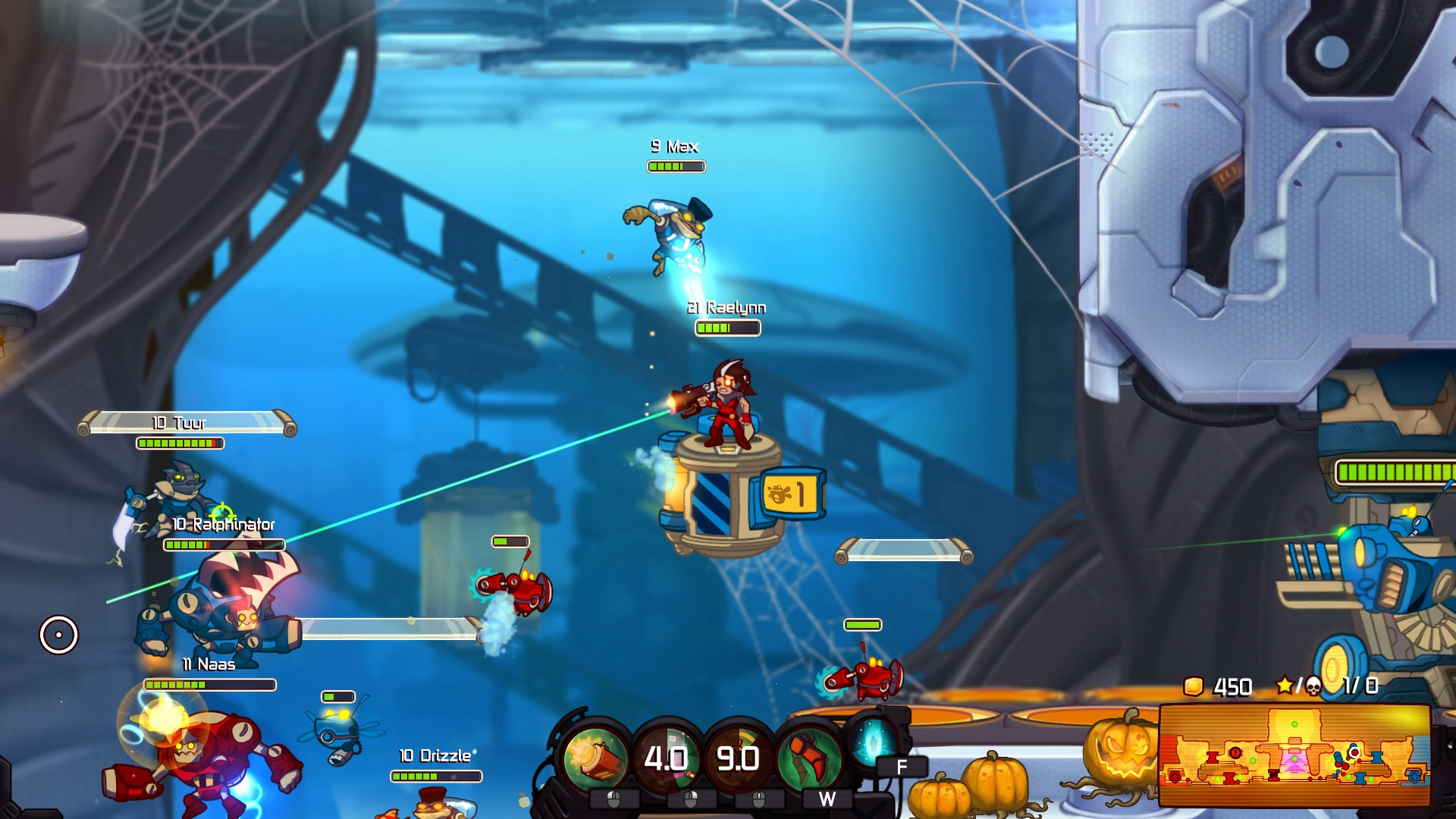 Awesomenauts Assemble! does a great job in taking the MOBA format and doing something different with it. Matches are hectic, fun and very quick paced for those that want something fast. Combat feels balanced as well with each member of the roster bringing something unique into the arena. I quite enjoyed playing matches online as they felt tense with turrets getting destroyed and enemies always advancing upon us. It might have been nice to have a bit more variation in game modes or something else in the game, but for the one mode it does provide enough content to make this a compelling experience.