ReCore is a game that follows a young woman named Joule and the adventure she embarks on with her robotic Corebot friends. Originally with just her dog-type bot Mack she eventually finds more across her journey and each of them adds a unique skill to the team. These Corebots can also be remixed into other chassis models in order to do more crazy things and you'll need a balance of them to be successful in the harsh landscape of Far Eden. Awakening after many years of cryosleep Joule has discovered that things have not been going according to plan on the new planet of Far Eden and needs to discover what has happened. The original plan was to have a terraforming system on this new planet after a blight is decimating Earth.

Being part of a maintenance squad you then set out to fix some of the pylons only to discover corruption in many of the Corebots and that's where the story builds from. The story actually does a fantastic job in building the connection of Joule with her Corebots and particularly Mack although a few hours later the game forgets this. It also seems to really give up on story building after that time which was shocking. The majority of actual content takes place over I'd say that mentioned few hours of gameplay and then it just turns into a death gauntlet with mixed-in collectible hunting.

I was shocked that the game took a turn to this completely negating story elements for strange death rooms followed by hours of collecting Prismatic Cores in order to progress onto another level. I've actually never seen a AAA experience do this sort of thing as it's traditionally a method in free to play games for people to pay or wait to continue. In the game I had well over a five hour break between what felt like the end of the game and any additional story elements. I was thoroughly disappointed and most of all shocked by this bizarre path for the game as it was initially stellar. 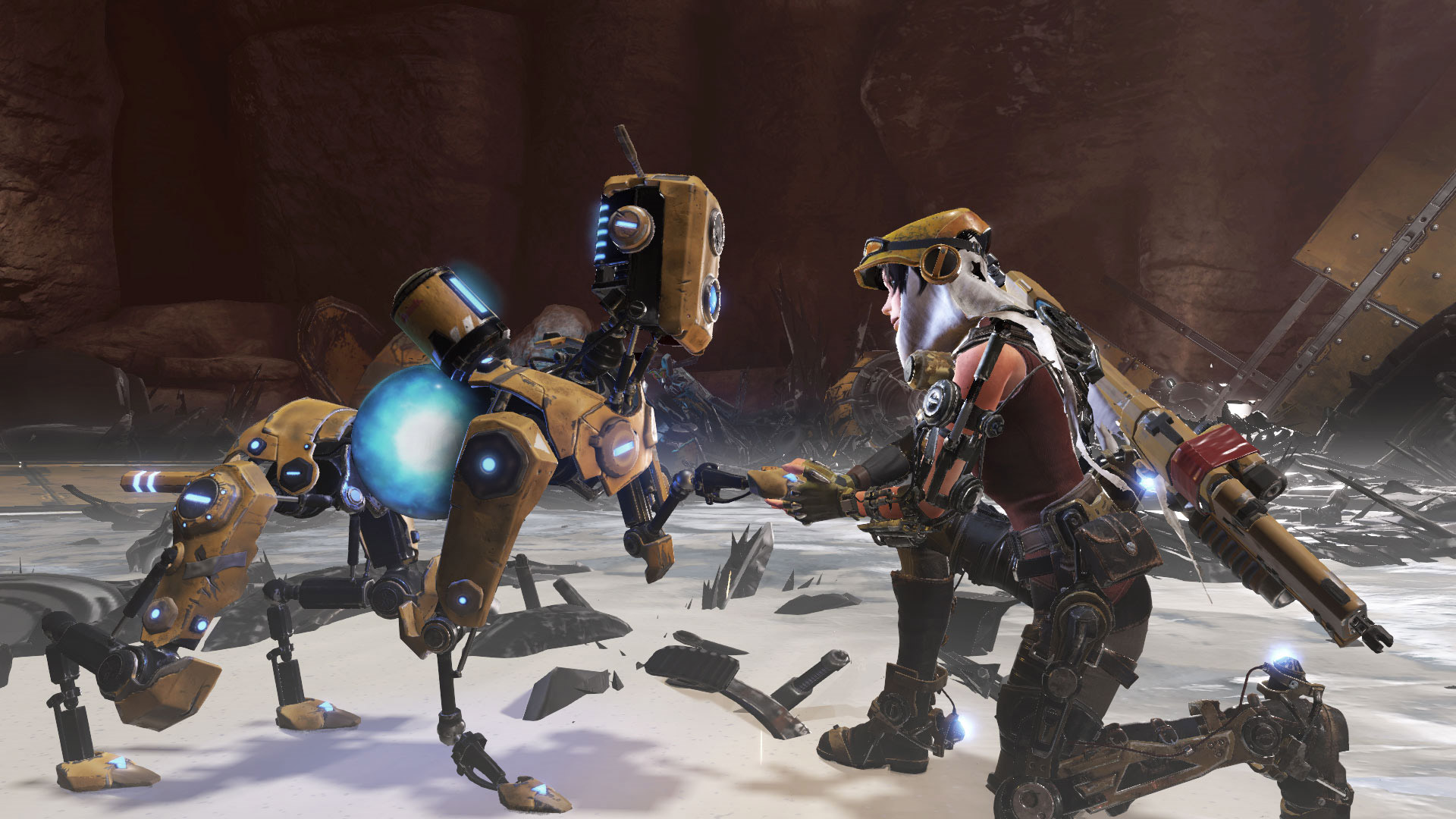 Being part of the Xbox Play Anywhere program you're able to easily experience ReCore on either Xbox One or Windows 10 at any point. It's a wonderful system that works perfectly well syncing your saves and achievements instantly between the platforms, bravo there. ReCore is also a lovely game despite featuring a barren sandy wasteland, it looks nice and is full of color that many games negate these days. That carries over whether you're playing within the set style of Xbox One or scaling up to 4k with it on PC. The combat was also fun as you switch color splashes for additional damage depending on enemies, rip cores from enemy bots or even have your team of Corebots battle them.

The Corebots each have unique abilities during combat or even while in general puzzle solving and they can be upgraded. These upgrades are done through the collection of Blueprints found in the wastleland, cores collected from enemies and finding scrap pieces out there. Another large and forced part of gameplay is collecting Pristmatic Cores which are sparkly. These can be collected during regular progression, by doing challenge dungeons or randomly through certain events. The dungeons were decent to playthrough offering a variety of challenges, it just would have been nice to do these on the side after completion and not have them shoved down my throat as part of story progression.

Another huge issue I have with ReCore is the load times, they are horrible being well over a couple minutes long. It's also weird how they show-up as some moments don't have any when you die whereas other moments have you killed instantly in-game, then make you wait for minutes while it loads. It's a real pain and when you do get back in you typically are set back a fair bit or not in a logical starting place. The game also does an odd job of making some places hard to access by only allowing certain robot combinations as you can only have two on hand at once with only one active in-game. This forces you to find changing stations or go all the way back to her rig, causing so much loading it's painful.

I really loved the first few hours of ReCore finding it to be a refreshing game filled with so much care and things just got weird in it. They completely throw any sort of realism out the door for weird generic cyber areas and left the story behind. This was sadder then any emotional context with Joule's robots or the other humans which they were doing a great job of building up. I've also never seen a full game experience throw in free to play elements and blocking story progression by forcing me to grab collectibles, simply lame. By grinding these out for hours of wandering in the world it got boring, losing its luster and my attention. This really was a shame as this game was seriously a real great experience and would have been an easy contender for one of the best games of the year. ReCore had my full attention with great characters, a solid gripping story and then threw that away after a few hours. 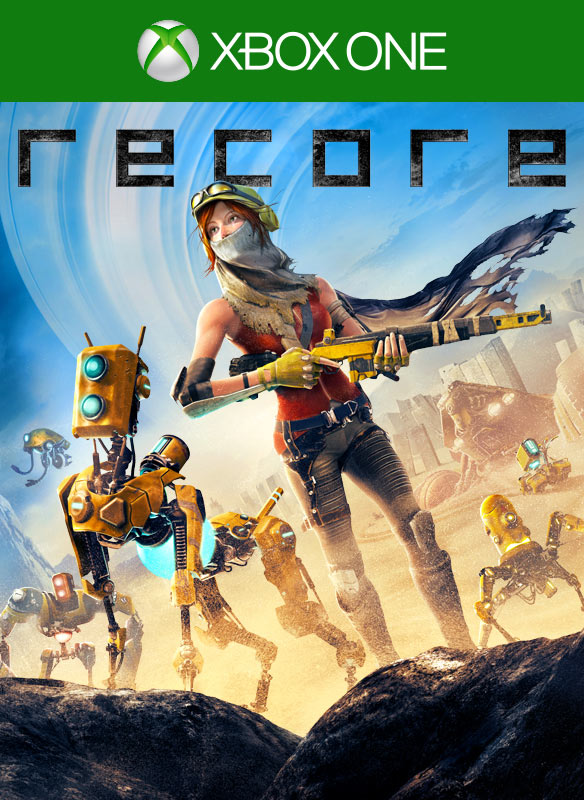