Oceanhorn was originally a mobile title that has since been ported to a number of platforms. It has now arrived for current generation consoles and it transfers over quite well. The game plays very similar to Zelda: Wind Waker with its soft graphics and general content. Playing as a young boy you're sent out into this world in order to find out what happened to your father. The world has become fragmented into a series of islands after incidents with elemental items and it's not as luscious as it once was. This is where your quest begins as you move across islands solving simple puzzles, taking out many enemies including bosses and generally continuing the search. You'll come across a number of useful items and people that will assist you on this journey. It's a large game featuring countless hours of content and tons of islands to sail to. I was initially disappointed by the sailing as it's a hands-off experience, but some trips do add some combative excitement to the mix. I generally enjoyed the story finding the quest to be worthwhile with many unique people to come across when travelling to the variety of locations.

The game is isometric in design with a movement system that works well for the most part as you climb or hop around on things. I didn't particularly like the map setup for the most part as they felt confusing and overly complex. They did all mostly funnel you along in a linear fashion, it's just that I wish some more open world elements were added. The puzzles were decent in the game without too many troubles, but they felt basic. This also goes with the combat and abilities with everything feeling overly simplistic which is most likely from the mobile version. The world was lively with many creatures to tackle and great looking islands to explore. The sailing portions particularly stick out for me as beautiful sets with a perfect ocean filled with things to see. 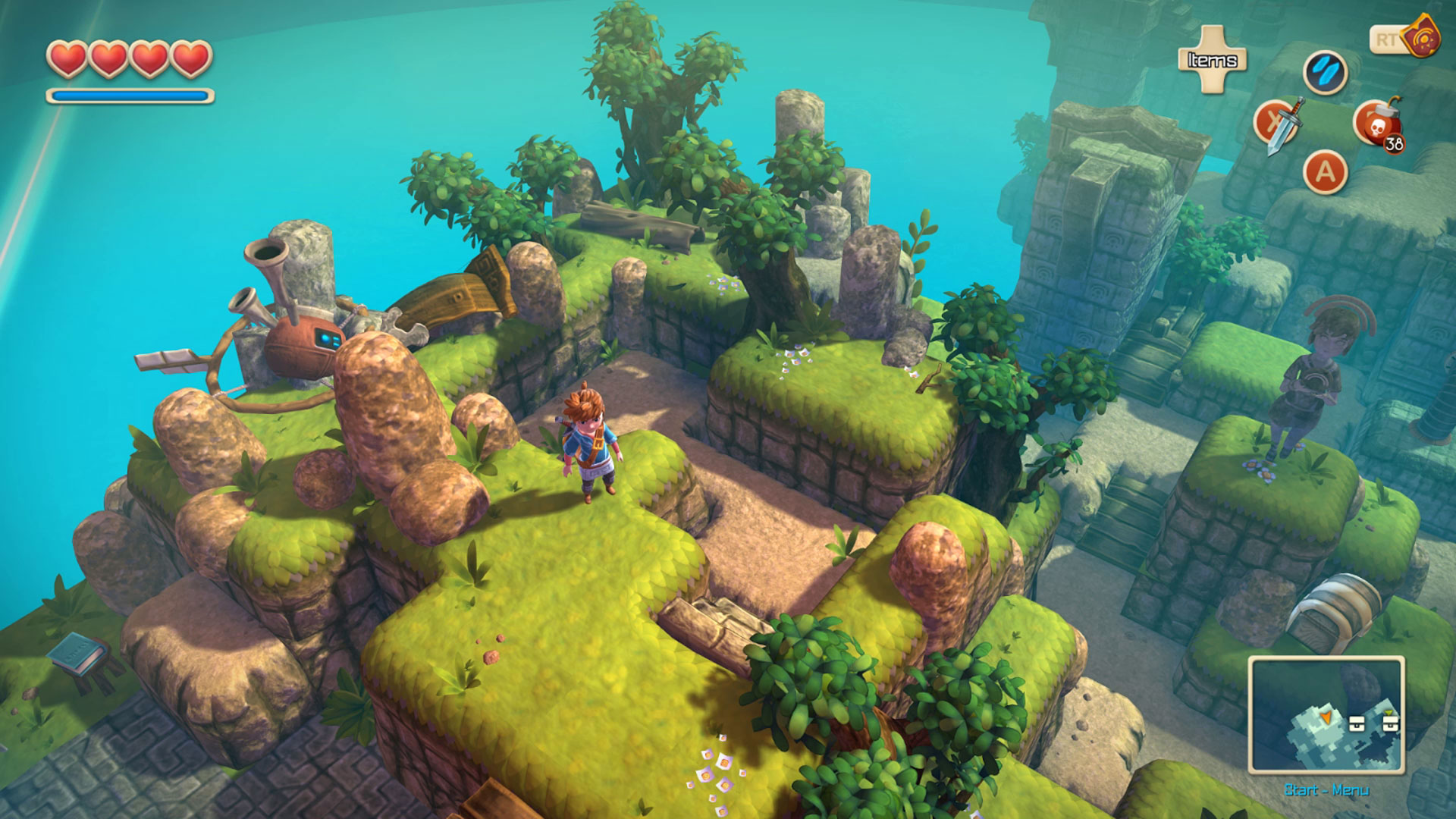 Oceanhorn is a great game providing a solid amount of time for its story and many unique places to explore. It's definitely similar to Wind Waker in many ways being a bit simpler than that game which is fine. There's a good balance of exploration mixed with combative areas though it would have been nice to see more open spaces. It felt a bit too linear at many moments and the paths of which you get to places will definitely confuse many. Puzzles had the right balance to them though they're a bit on the easier side. There's definitely a large world to explore in Oceanhorn: Monster of the Uncharted Seas, it's just held back by mobile roots and its similarity to Wind Waker. While this may sound somewhat negative it's a wonderful experience and well worth your time despite some stumblings.