Dogos is the follow up from Project Root taking many of the original concepts of that title and greatly improving on them. In Dogos you play as a pilot that comes across some engineer expert and then you begin a quest to destroy some machinery. To be honest it isn't entirely huge on the story aspect with some journal entries between levels and chat during the story, but there's enough. The main goal here is having a good time soaring through levels blasting whatever you come across in the air or on the land. There are some narrative elements, but I felt the acting to be a bit stiff for this though the story does come across fine. Spanning a series of fourteen levels it's a fairly lengthy campaign to play through and difficulty will also come into effect for the length. I found the previous title to be brutal in the challenge and while that returns there are now selection of difficulties for every play style which was nice. Another issue I had was getting lost in the game and that's been fixed with an overlay map though it shows up in the center of the screen which is odd. The levels are also well designed with a variety of environments to battle through and these neat speed sections where you move quickly across more cinematic areas.

I found that Dogos actually looks amazing, the graphics for the environments you fly over are incredible. Even more so I was impressed by the merging of this arcade style of combat with a realistic world that had nothing looking out of place. Everything is also much more apparent in Dogos with clear objectives, directions and a general sense of what you're doing. There's also a good selection of combative weapons to use for both air and land battles. You'll also need to take down enemy boss machines occasionally which sponge bullets, but nothing seemed too difficult unless it was set to the more challenging settings. 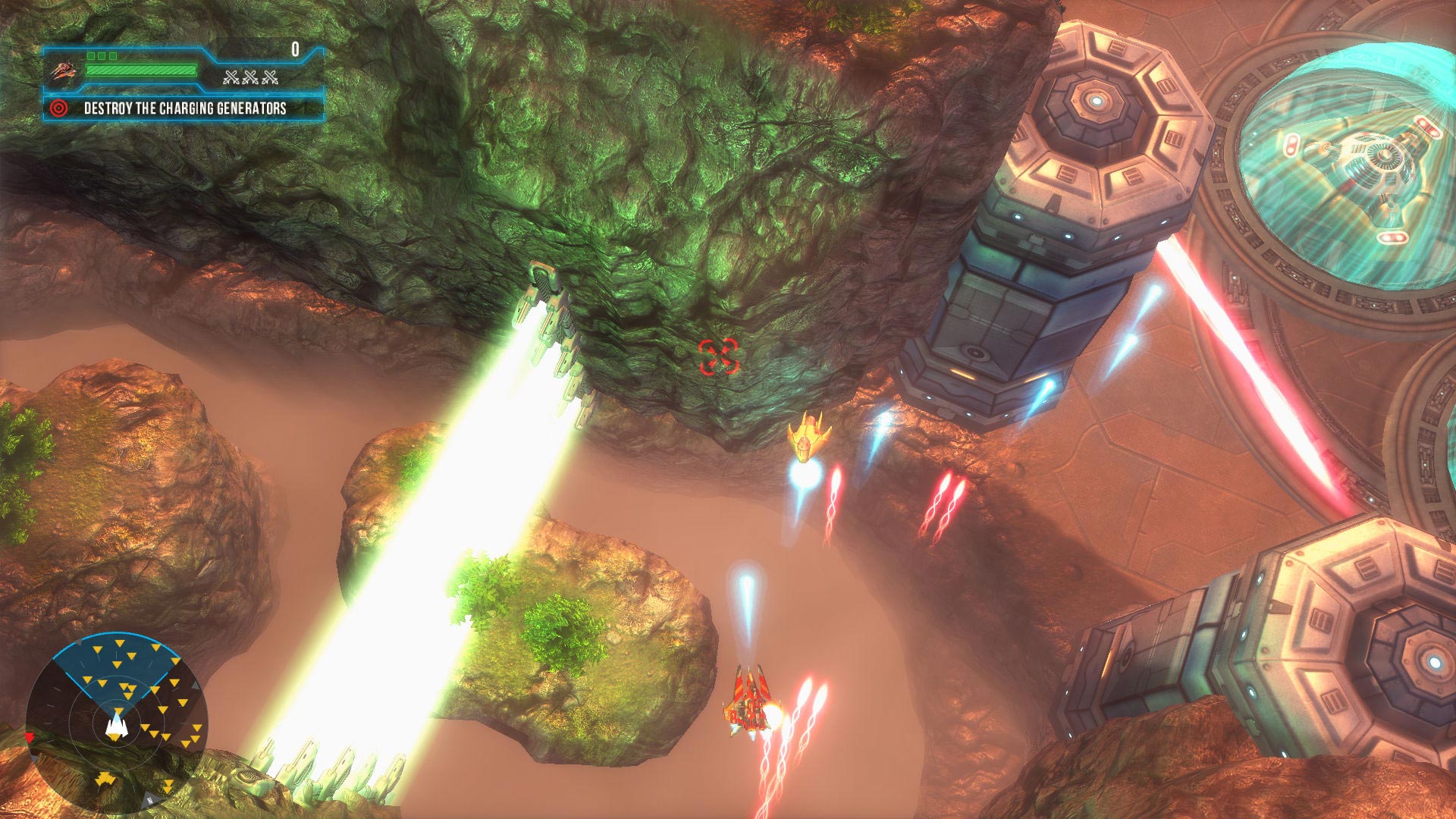 Dogos was a solid arcade styled shooter featuring a great combination of realistic graphics with the thrill of classic explosions. The ships handle well across the various environments and combat was engaging. The campaign also features a good amount of gameplay time and it was enjoyable for sure. They fixed many of my complaints in the original title putting together a nice package that was easy to have a blast on. I would have liked to see perhaps another side mode or something with the title as gameplay is definitely solid though the story itself packs enough content.

Dogos Review on Xbox One
Review Code Provided by opwam