FreezeMe is a take on classic 3D platforms bringing with it a joyful and bright colored world. Playing as this young girl you're on a quest to get back what was taken and this has you explore a variety of locations while tackling a number of quests. It's very much a collection focused game whether you're grabbing coins or the essential gold boxes featured at the end of missions. Each world area is large in scale having a number of missions and you'll need to finish them in order to unlock new areas. Each mission is unique bringing with it new challenges to complete and a different test of skills. Some are simple platforming where you move on floating objects whereas others are quick races. It's got a good amount of gameplay time to it and it's never too difficult as it's definitely targeted towards the younger audience. It's also open world in design so players can just run around if they'd like to as well. There's not much for a tutorial and it somewhat just expects you to learn as you play which works fine since it does a good job in guiding you along for the most part.

Being a platformer you'll be able to jump across things, slide or even hop along walls if needed. It's got a good set of easy controls and you can even kick enemies if you'd like in two unique ways. Another neat feature is where the game gets its title of FreezeMe since the young girl has a camera and can use it to freeze enemies by capturing their pictures. The world is bright in colors with a joyful soundtrack behind it. It provides quite a pleasant time actually with a happy world to explore and difficult to match just that. 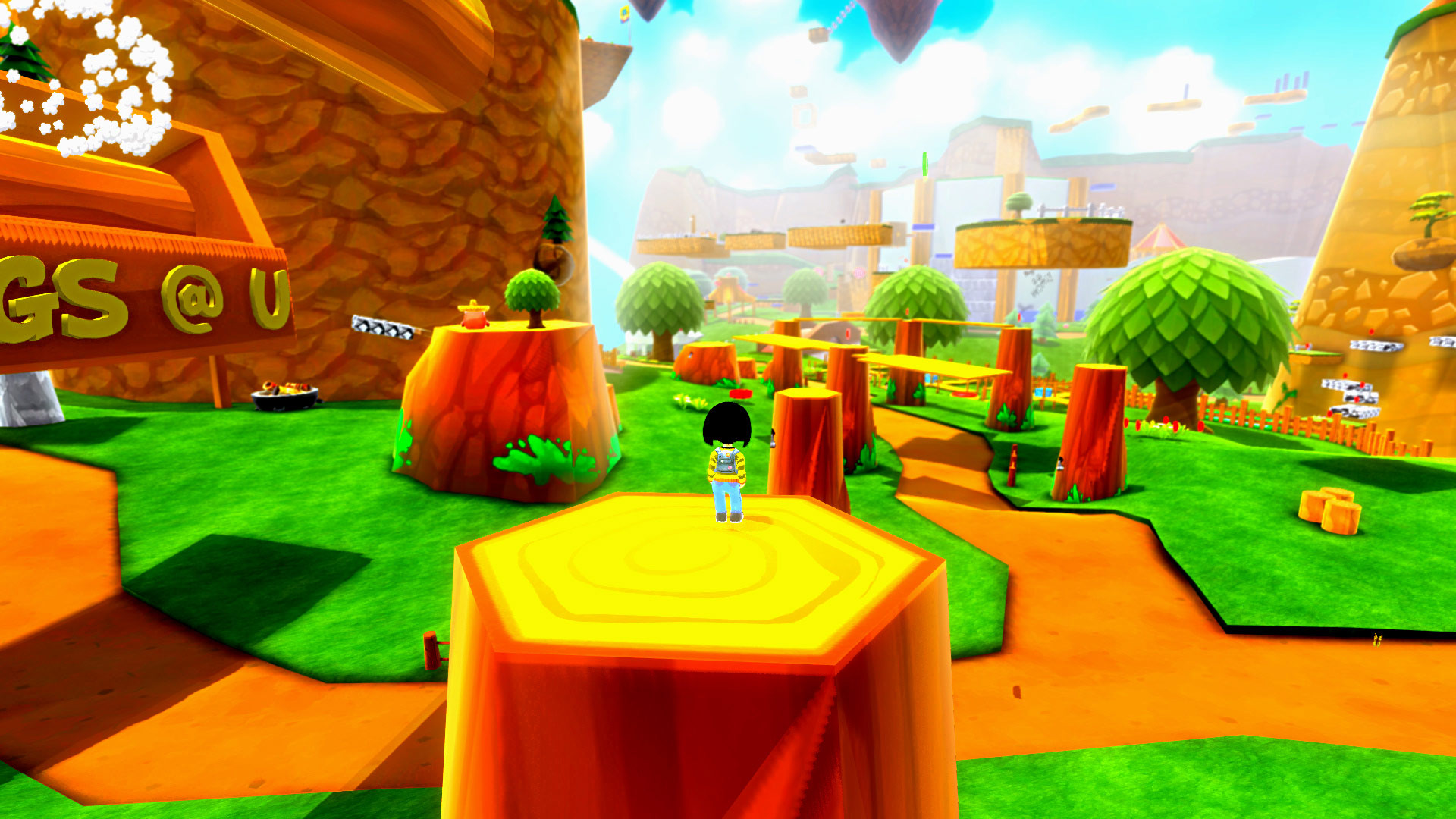 FreezeMe is a decent title providing a solid amount of gameplay during the story as you move around collecting items. It isn't particularly deep in story, but the world is open and free to explore. This is a great game for the younger audience as well being very friendly and even challenging sections won't frustrate too much. The world also feels friendly with a happy tune for the background and bright colors to be found everywhere. Being large in scale FreezeMe offers freedom as you move around completing the quests or just even enjoying the landscape.