Unnamed Fiasco is a frantic local multiplayer game that pits a number of odd characters against each other in battle. Featuring a small selection of maps you can battle your friends across a few game modes as well. There's not a ton of content in that regard, but it does have a fairly competitive style to it. The game also includes a solo mode where you battle across a selection of rather difficult challenges. This will be where the largest chunk of gameplay will most likely come from when playing. I again as stated many times am not a fan of local multiplayer games in this day and age since online multiplayer should be the standard. That aside it does get crazy with players as when you die there's the option to have clones of your last life run around the map. I wish there was a bit more content to the multiplayer aspect as well since the maps are quite basic in design and there are not many of them.

The art style was alright for the game, but often characters get lost in the background and it sort of merges in an awkward way that doesn't work. It's also too basic in design as players have a mini peashooter type gun and you just hop around. Each map also features these piñatas which when grabbed will alter the game in a number of fun ways, but most are just somewhat annoying. I also wish maps had more to them or that the game modes had better complexity, it just all feels too basic. There are however some fun ones in the mix with all the modes included being Deathmatch; Capture the Flag, Dog Tag, Treasure Hunt and Police Chase. I found the Police Chase mode to be an interesting mix up and the most fun as everyone would need to run from the always changing police offericer, they're the only one with a gun. 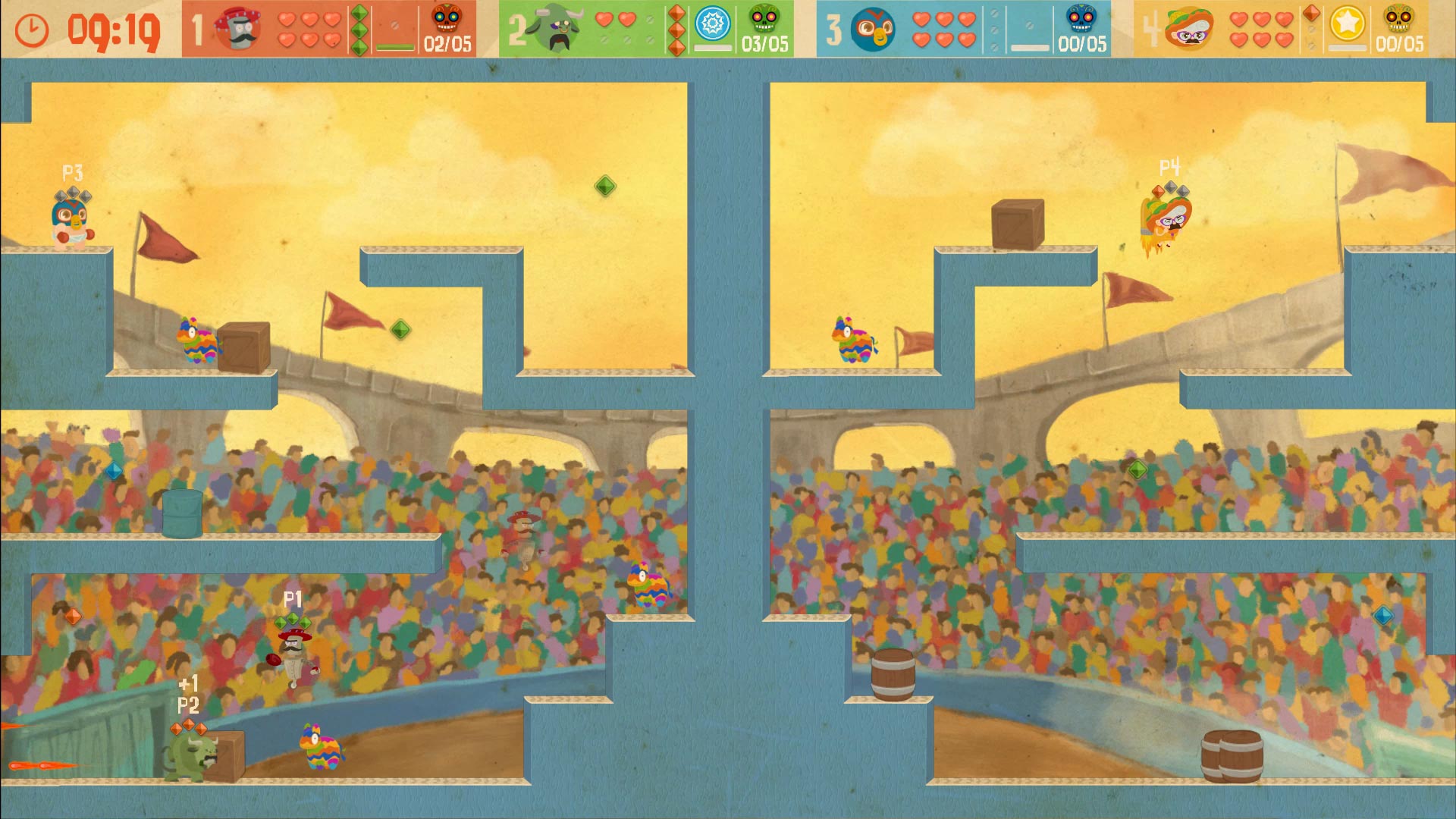 Unnamed Fiasco can be an alright time if you have some friends available to play and it can provide some brief enjoyment. There just isn't much to the core aspect of the title and your group of friends will be bored quickly. The single player challenges do provide a solid amount of gameplay time, but they are rather difficult and I didn't particularly enjoy them.