Anode is an impressive game that carries a similar style to Tetris while expanding on it by having players chain large combinations of blocks together. There are a variety of colors available which can connect to each other in an assortment of ways and then be triggered by one of the explosively charge blocks. It also only takes a minute or two for you to get used to making this an incredibly easy game to learn. Starting off the single player portion includes a series of modes including Mission, Time Attack, Race and Endless. Each of these modes also include a number of variations of which the player themselves can set in order to make every play unique.

In Mission you challenge yourself to complete a series of objectives before the bin (area) is full. Next is Time Attack where you play until the timer runs out and attempt to get the best score possible to compete against others on the leaderboards. Race is where you're attempting the best time to a set game score for a leaderboard ranking. The final mode is Endless where you just keep playing and trying to get the highest score possible which was the mode I most enjoyed. There's also a multiplayer mode in the game as well where you can locally played head to head, this actually would have been great for online battles. You basically just create chains for points and power-ups to eventually beat your opponent.

Easy going in the design the game looks like Tetris with the middle lane area called a bin with your scores and information on either sides. You match the various colors in the playing field with the variety of falling blocks. These blocks are often an assortment of colors so you'll need to be careful in how you match them up. There are these charged blocks that can explode certain colors or even blank ones that can destroy any matched chains. Aside from colors there are also metal blocks which are a bit trickier to combine. After doing some feats you'll also unlock some power-ups which can help greatly and influence the bin itself to your benefit. 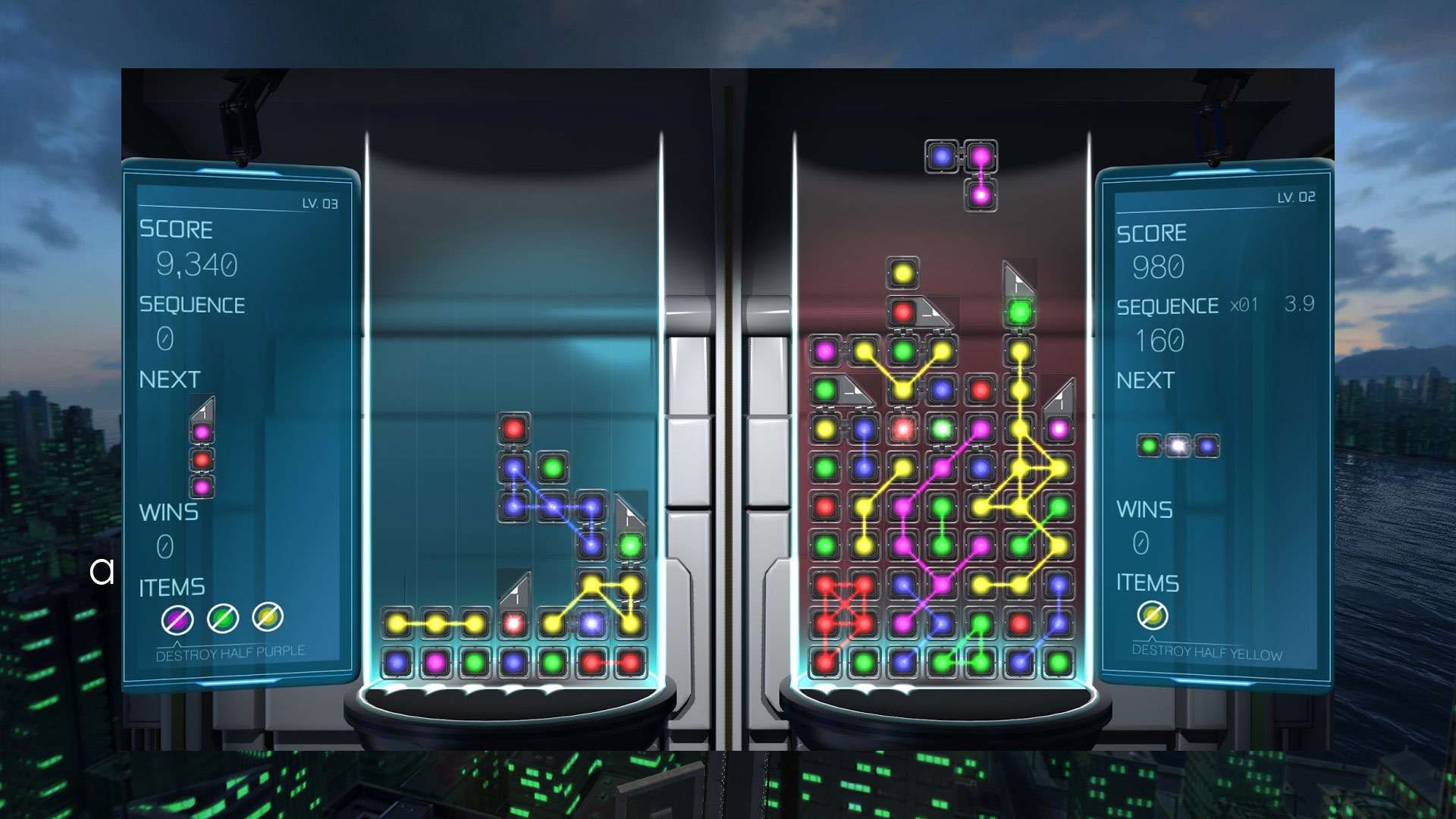 Anode is a great and very affordable game that is definitely worth checking out. I was very impressed with the game to build on a classic concept and then create something entirely new. There was also a great selection of modes available as well with enough player options to make the runs feel unique if I cared to edit them. The multiplayer mode was also great and I would have really liked to see that with an online option as it can get quite competitive. Anode works well being a unique title of colorful matches and exciting explosions.

Anode Review on Xbox One
Review Code Provided by Kittehface