Breach and Clear is a tactical shooter where you control a squad of four members with the goal of strategically tackling scenarios. With Deadline they've mixed zombies with the concept which works well, but the game itself is rather broken. I played this game mostly on Xbox One as that's my primary platform with some time spent on Playstation 4. Things start off easy with the tutorial, it being a bit too hands-on and gives the typical what's going on stereotype for zombie stories. From there you reach a safehouse and get tasked with doing certain missions in order to help the people there. This takes you around a fairly large environment collecting supplies, taking out hostiles whether they be alive or dead and completing a host of other missions.

I didn't have an issue with this as it played well with a tactical angle that few other games aim to achieve. It's just that the game is broken severely in that saves don't register on death and my entire game broke. The quests all disappeared after loading one time and it's just an empty world with zombies to shoot, which is ridiculous to be honest. The story itself was alright though nothing too spectacular.

Deadline looks fine with some average graphics and actually well done smaller environmental pieces. I loved the setup for tactical play allowing you to switch between regular control of a soldier and over the head view. That aside I wish the camera angle was tilted just a bit as it can be mostly frustrating to just see it flat up above. While things did mostly work there were many times where soldiers didn't go where I told them and got stuck on walls or just stood there getting shot. It was frustrating and when tactics are supposed to be everything it really wrecks the experience. If I need a guy to get behind cover and shoot, I shouldn't be somewhere else wondering where the flanking support is. 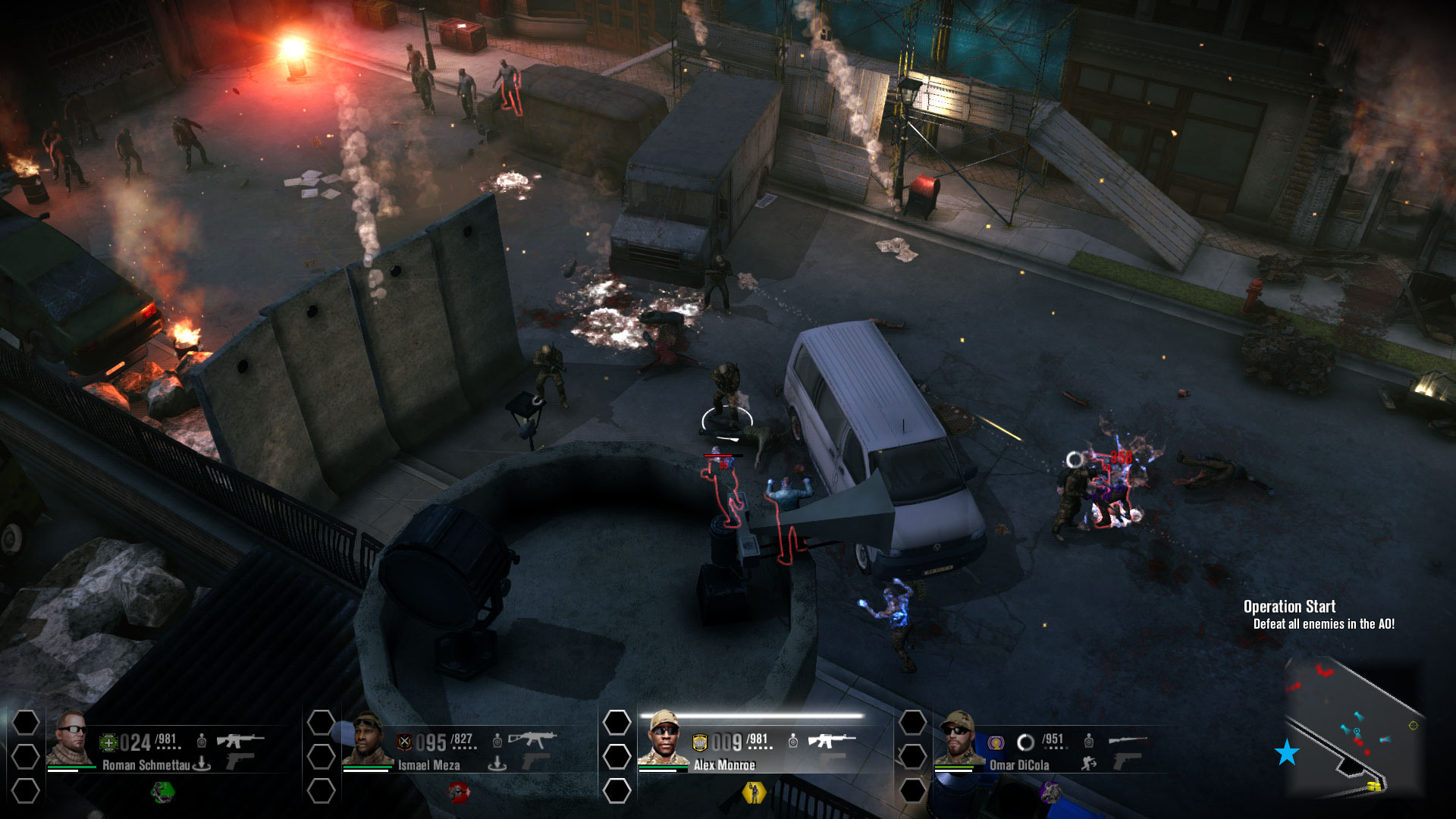 Breach and Clear: Deadline is really just another zombie title with many things you've probably seen before. It does provide a decent time if game breaking bugs don't plague the experience. This is also very tactical so it's not going to be for everyone, but I loved that aspect and actually would like to see more games like it appear. It's mostly just disappointing that the game had so many issues while I was playing and that it ruined the experience. I'm sure it might play better with updates, but at this point it's very broken and even then a rather average game.