Song of the Deep Review

Song of the Deep is a lovely game underwater game that tells the story of this young girl named Merryn on a quest to search for her father. It starts off and continues with an enchanting voice describing the adventure creating a story book type scenario which was nice. Merryn's father would tell her stories of the watery depths each night until one day he didn't appear and after awhile she decided to construct a submarine to search for him. With that you explore the magical and massive depths of the ocean in search of clues. This takes you to many locations that feature a variety of environments and mystical areas each filled with secret areas.

While some are open you will have to come back if you'd like to gain access to everything as new abilities are unlocked throughout. I'm not particularly a fan of this style as I don't plan to explore areas again just for secrets, but I can imagine some will appreciate the extra gameplay potential. During your adventure you'll come across a number of challenging areas with some unique puzzles and eventually come across horrifying bosses that block your progress. It'll take a growing knowledge of the world and better gear in order to progress further.

The game looks really good capturing that sinking feeling of being in the ocean while still building a sort of wonder. There are many colorful environments filled with a different type of historical style to them and each was a treat to tread by. Your submarine can also take quite a beating, but you'll need to hit checkpoints or collect better gear to have an easier time when progressing. Aside from regular collection you can also find coins which can be used to pay for improved items at hermit stops along the way. Some puzzles are present though I didn't have much trouble with any and most of the experience is just exploration based. 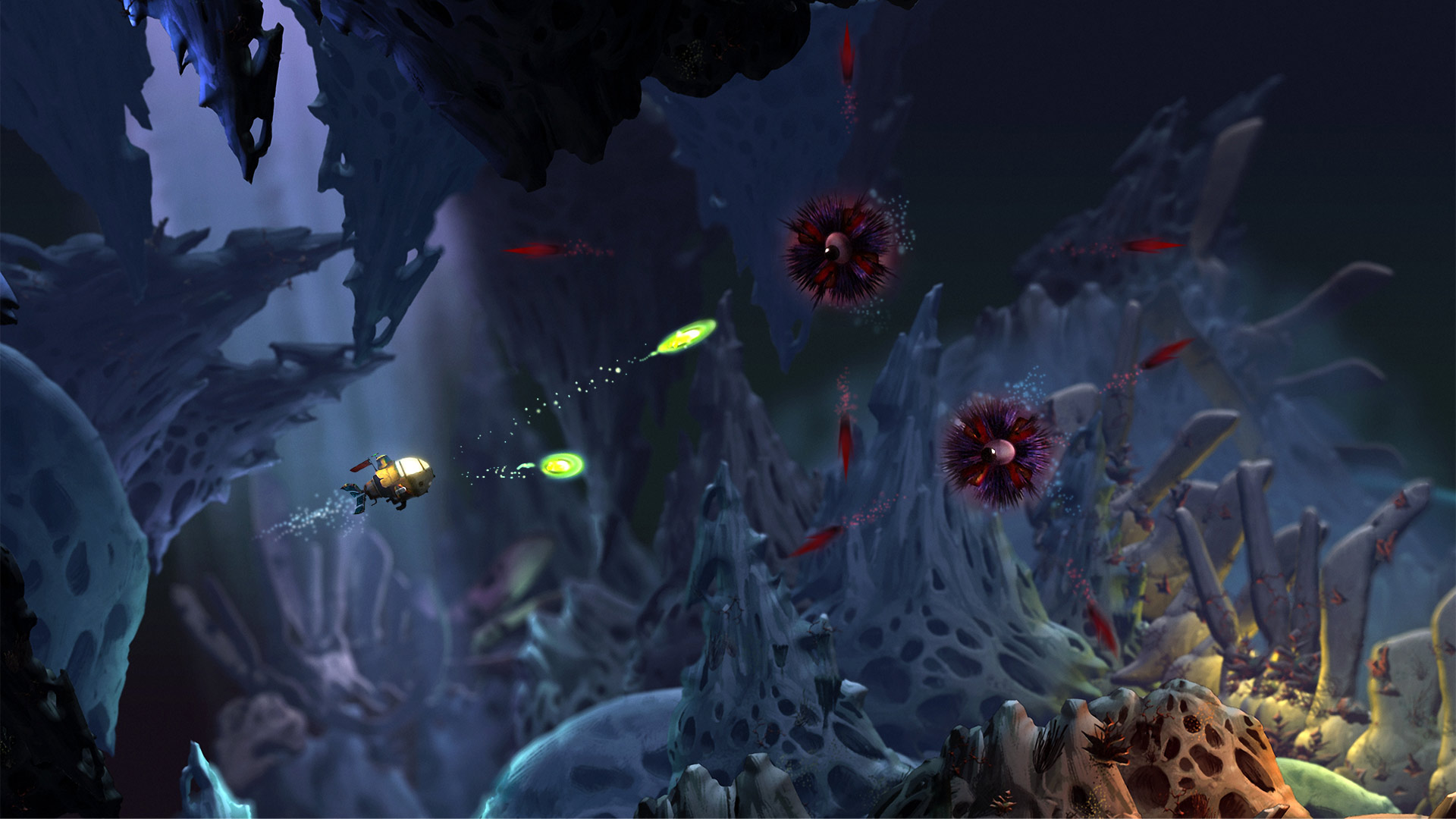 Song of the Deep is a really magical experience for players though a bit basic at times never really expanding on its concept too much. Not to say I didn't have a great time, there just could have been more to it. The world is lovely filled with a variety of environments and unique creatures to come across. I also liked the tale along with the way it was told since it added a bit of wonder. It's not particularly challenging either so you'll mostly just move through it and there's the option to replay areas with your new gear to unlock more secrets, I'm just not a fan of doing so.