#Killallzombies is a twin stick shooter that throws you into the middle of a ring and basically just shoots out hordes of zombies towards you. The arena quickly becomes full of the undead and you'll need to get creative in order to survive whether that's through lucky breaks in the rough perk system or random events that occur during the level. The perk system is rough in that it gives you four choices and most of them aren't particularly helpful and they do greatly affect the game. These perks are unlocked at each character level so you'll want to chase after the various XP points that spawn in the level. The game contains three core areas of play, the first being a straight up survival, the second is a protect the position and the third is an option to play with another local friend. I mainly just played survival as it seemed to be the only mode where progress was possible as zombies almost instantly slaughter the position. While there's not a lot to the game it does provide a decent challenge and a mode that keeps you fighting for better weaponry.

The game is basic in design throwing you into a small arena with a few variations and sends forth swarms zombies at you. Mowing them down with whatever weapons you happen to collect with the aim is to get the highest score possible. It's actually rather difficult to do this and the environment can either be helpful or cause your death. This includes things such as vehicles falling from the sky which can be destroyed for bonuses, spinning spikes or even waves of odd hexagon shapes. The combat is well done for shooting having some elements of fun and the zombies are greatly designed. They actually looked great shambling along and their death animations were even better being a gory mess. There are also Twitch streaming options integrated into play which is somewhat gimmicky, but interesting if you can get people interacting. 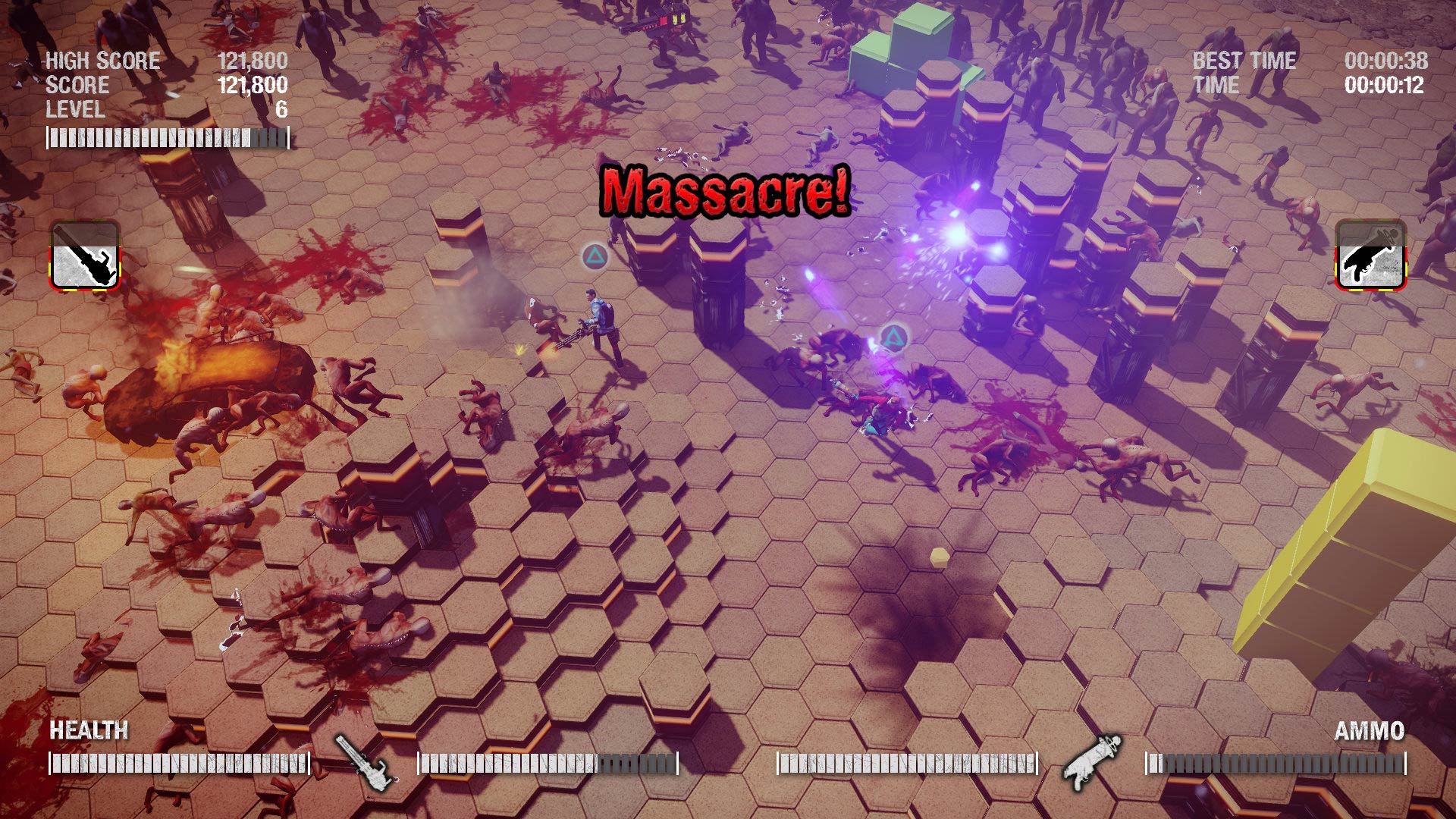 #killallzombies is a decent twin stick shooter that throws piles of the undead at you, but there's not much there. It's really just the one mode available unless you want to play coop locally. The one key survival mode is also rather difficult which might turn many away, but it does get more interesting as you progress and unlock better abilities. The perk system is also a welcomed addition adding to the random events that occur and they really help mix up the action. The game runs fine being only limited in scope providing an entertaining time as you race in circles attempting to survive the creeping horde of the dead.

#Killallzombies Review on Xbox One
Review Code Provided by Digerati