With Ben-Hur being given a reboot in the cinema we're also given a special promotional game to tie into the movie. This is a free title that's basically shovelware and one of the worst titles I've seen on the console. It's an absolute wonder this exists, but I thought it might be fun to review. The game itself is literally just a series of races that grow in laps and obstacles. Racing against other chariots you attempt to destroy them or beat them on the podium. It never gets more complex than that aside from adding statues into the middle of the field and once you've won three victories the game is over. That's really as far as it goes with Ben-Hur not having any other modes or other things to do once you finish the race. The achievements are fairly easy to unlock so it's a nice boost of gamerscore, but there's no depth with this being a quick play.

The game doesn't look great providing a few models for horses and a mostly empty stadium. Despite having sub-par graphics it does run with a high frame being very smooth, but that's not much of an accomplishment here. Aside from just auto-racing you can gallop with the horses by tapping "A" or whipping opponents yet that doesn't do much damage. 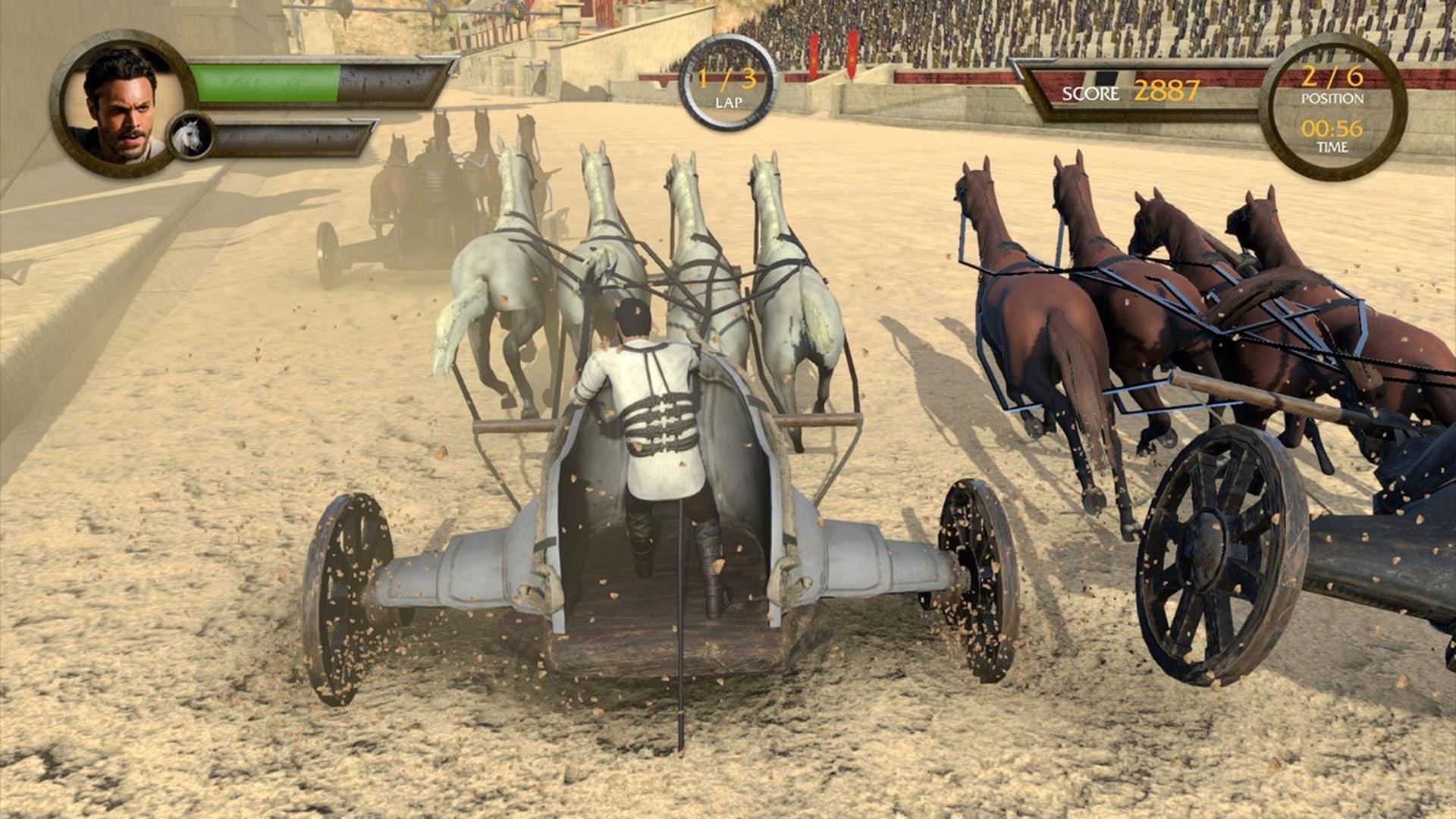 It's a wonder why they didn't just give us a promotional avatar item or something of the like, but a quick game for some fast achievements isn't so bad. I thought the game itself was absolutely terrible with no enjoyment in even finishing it other than grabbing achievements. There's no replay value or even other modes being very barebones and even the menus lack options. It's a very streamlined title where you just race in a circle and was actually hard to write about as there isn't any content to it. Ben-Hur does run fine actually presenting what might have been a decent title that just was a quick right off instead. I do hope the movie itself is better as I am looking forward to giving that a watch during a screening for it.

Ben-Hur Review on Xbox One