Continuing from where we left off last time the Order of the Stone erupts from portals during their quest to return home. It would appear that the squad has been there for quite some time as frustrations are running high with everyone unsure of what their next move will be. Eventually Petra gets angry with the group and picks a portal based on its Redstone appearance and that's the location of the latest adventure. If you've played the story thus far you'll know where the characters are at this current point and that it's focusing on a core group. While I do like this selection from the squad it would be nice to see a bit more risk being taken with some of the characters or some kind of relationships growing. That aside it was another solid adventure from the group through a barren land filled with drones of a sort and a different mission for sure placing you as a resistance fighter. I liked the homage to some classic story lines and it was a nice side story. It didn't however really build how I was hoping and just continued us down the linear path, so hopefully the finale has a bit more to it. The episode also featured another more lengthy adventure as the start of the season was rather short.

Everything looks and plays in exact detail to what their Minecraft counterparts would be like. It was so great seeing the many Minecraft creatures they were able to stuff into this episode and fans of regular Minecraft will love that. There was even a great amount of story detail that was starting to be built up and created a sense of lore for Minecraft. The voice acting was well done with every character feeling absolutely unique. The game does look more akin to animated Minecraft videos which I'm sure many of you have seen before which was fine. Compared to past Telltale episodes this one was really polished with no issues present in the world and it played smooth throughout. Finally would like to mention that the game has some neat side crafting areas where you can decide what to build in order to complete a task. 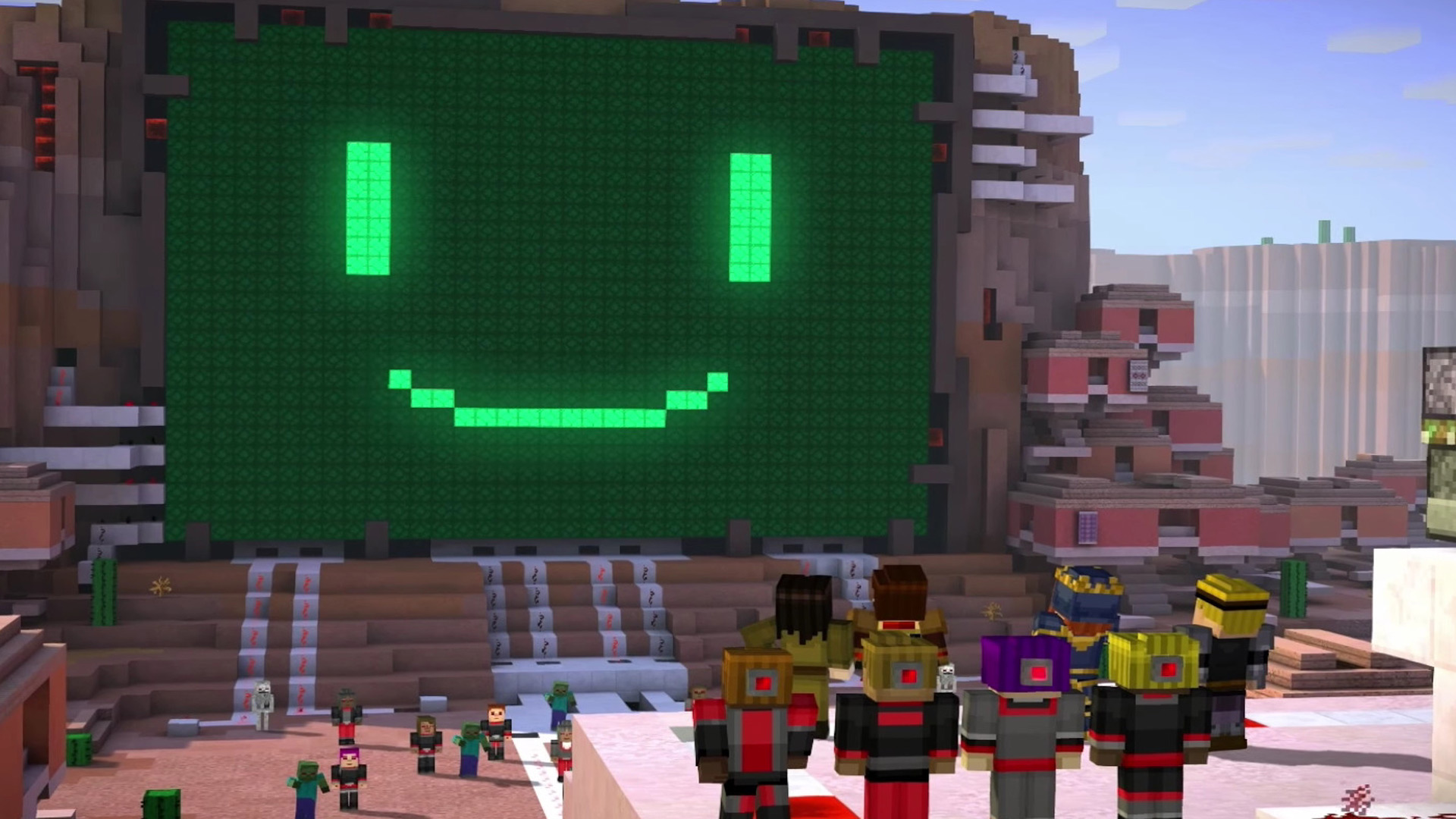 At this point I can see where they're somewhat headed with the series and its potential for growth considering the large portal room of mystery. It would have been nice to see this area being build towards the future, but again if there isn't better character growth then it's fine to keep the scene more intimate. The core squad is also definitely getting more confident in their skills during battle and that seems to be the only aspect evolving for them. I'd also like to see some more risks taken as well with our current roster as I don't feel the necessary danger involved with their adventures. Still, it's a fine standalone episode not only in length but the tale it provides being the penultimate for this extended Telltale season.