Kingdom: New Lands is a simple game of coin collecting and spending where you play as a King or Queen attempting to spread their influence. It might be confusing for many that starts and even rather difficult at the start, but it builds into such a rewarding experience. For the first few runs of Kingdom I wasn't honestly lost in what I was doing eventually getting a rhythm going to only be destroyed by the monsters which arrive at night. This was frustrating as you invest a solid amount of time building, yet once I hit that third time where I had a good structure going the losses earlier only made the experience feel that much more rewarding. Each run starts off with you moving along a path to meet with some peasants hanging out by a camp fire. After the initial coin distribution those founding members will offer camps to build items such as builders or archers with this later expanding to farmers as well. With a growing empire you'll also see many opportunities to expand your territory outward building new bases, living through the seasons and surviving the ever harshening nights.

The game looks beautiful and I'm not sure I've ever seen a pixel game bring this much charm and glory to every scene. The world feels so alive with critters running around or the variation of weather. There were actual seasons as well whether that was with rain, the changing of the leaves or even heavy cold snow covering the landscape. That was crazy and it was even more suprising at the amount of depth present when you carved into the landscape through expansion. As far as actual gameplay goes you mostly just ride a horse across the 2D environment chucking coins into things you want to upgrade. This includes things such as paying peasants to become workers, upgrading defenses or advancing your keep. There are also many hidden things for when you advance in the world or set sail to further lands. I would have also liked the game to have a proper save system, but it does save the if you just quit out of it. 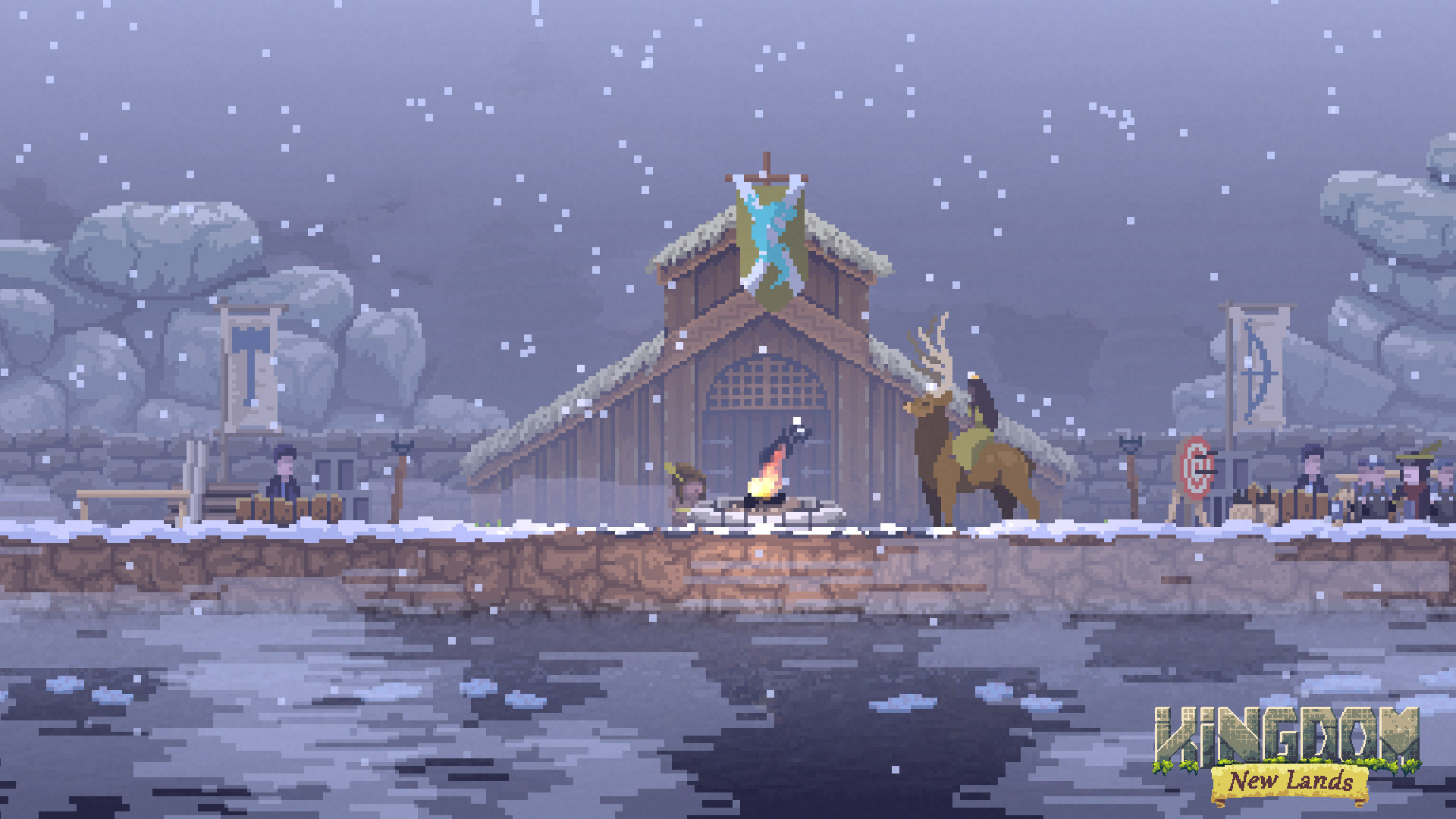 Kingdom is a lovely pixel game bringing with it a simple, yet complex system of gameplay. The world was beautiful bringing changing seasons and ever growing threats. It was also great to run a mini empire and see it grow over time despite the many challenges that the world brought. While it did seem tiresome and hopeless at times I took those previous matches as experience to eventually really kick off my royal reign. Kingdom is a completely unique and distinct title that can provide a great loss of time with an experience that just wants to keep you playing.