Baila Latino is a dancing game that can be played either using the Xbox One Kinect or smartglass on a phone. It brings a similar style to Just Dance being almost exactly the same in presentation and dance design. The setlist for the game includes twenty popular American Latino songs which all carried a decent beat for dancing, but The Macarena was the only one I knew. There's no campaign present in the game with just a list of songs that you can quick dance to. Aside from that selection there's also a multiplayer area where up to four players can battle it out as well. These are mostly the same just with a slight variation to the system when playing against one another. Being a digital title there's not a ton of content, but the selection of songs is a fair amount to provide some decent gameplay time. It's also nice to see that all the content is just available without having to do any unlocking, I would have however liked to see that when you finished a song that it would take you back into the song list instead of the main menu each time.

The game is presented in the same style as Just Dance bringing with it an array of colors and bright effects while the player dances. Using the Kinect or phone you mirror the dancer you see on screen in order to score points. With the Kinect I found the tracking to be quite great, but perhaps a bit too generous at times with score. That aside I did feel that the Kinect controls were well done with just the right amount of controller inclusion, I would have also liked to see the typical voice controls such as pause or play included. The game gives you steps in the bottom corner though I didn't find them to be relatively helpful when performing as they didn't depict the moves well. I also felt that the scoring system was a bit too easy as there wasn't much difficulty getting give flowers (stars) in every song on the first play. The presentation however was great for songs feel vibrant and alive, also including the lyrics for those that might want to sing along. 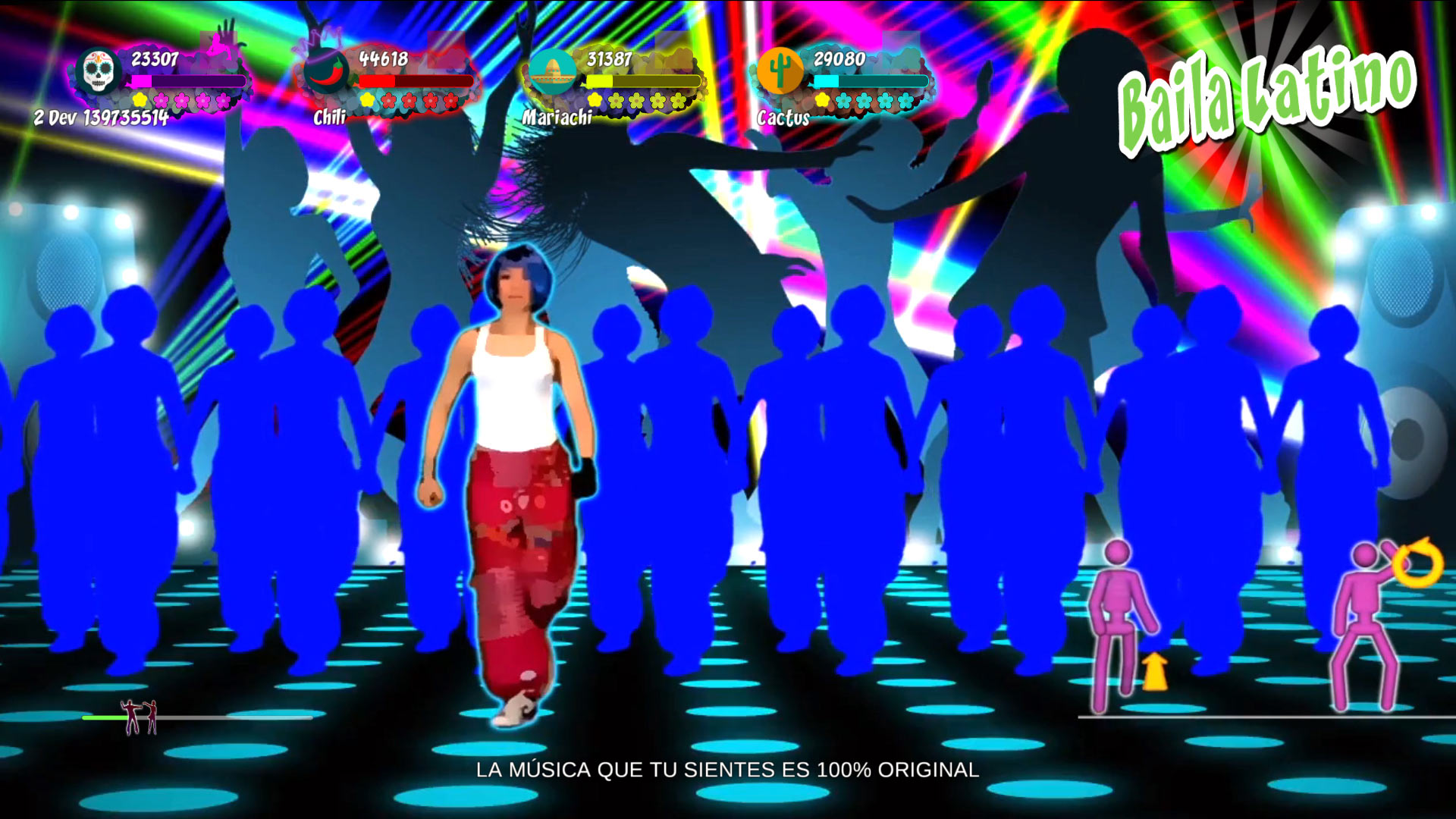 Baila Latino is a solid dancing game that understands the Kinect well and provides a fun experience. It's however limited with its setlist bringing only twenty songs and even then it seems very niche. The multiplayer modes were interesting, yet similar in design so more variation would have been appreciate there and around the game in general. It's still a nice package for those that like the songs and it will get you moving providing some well done tracking.