Cannon Brawl is a straight on player versus player game whether that's in the campaign, local or online multiplayer. The campaign stretches out across a fairly large set of levels as you battle your evil uncle which is currently attempting to take the throne. Initially you play as the princess pilot and eventually more pilots are unlocked over the course of the story. Levels typically just introduce new mechanics into the game as you unlock new turrets or find better way to collect resources towards controlling the regions of the world. Each level also has a three star system based on your performance in that particular battle so you can replay for better.

There are also some boss sections thrown into the mix which did a great job of mixing up combat with some amount of core game changing involved. After completion of the regular campaign there's also a Nightmare mode to provide a little extra challenge. If that's not enough for you there's also a multiplayer mode where you can battle locally or online against others. These matches are actually quite tense with a solid selection of areas to battle on and if no one's available you can also fight against AI that have a number of difficulty levels to choose between.

The game looks great featuring cartoon-like graphics and exciting destruction physics. You literally decimate the levels in matches being able to tear up large portions of terrain with mortar fire or whatever else your turrets are packing. Each level starts off basically the same as you battle for resources and eventually map control. Towers can be upgraded with better effects such as the cannon being able to shoot across the entire map or the shield providing multiple layers of protection. The selection of towers was also great with a wide variety for whatever you'd like to use and it was always satisfying destroying an enemy keep. General movement is also done in a blimp as the players are pilots and that was a different sort of style for sure. It really can feel like a tense tug of war as well as some matches go back and forth with turret creation and decimation of the arena's land. 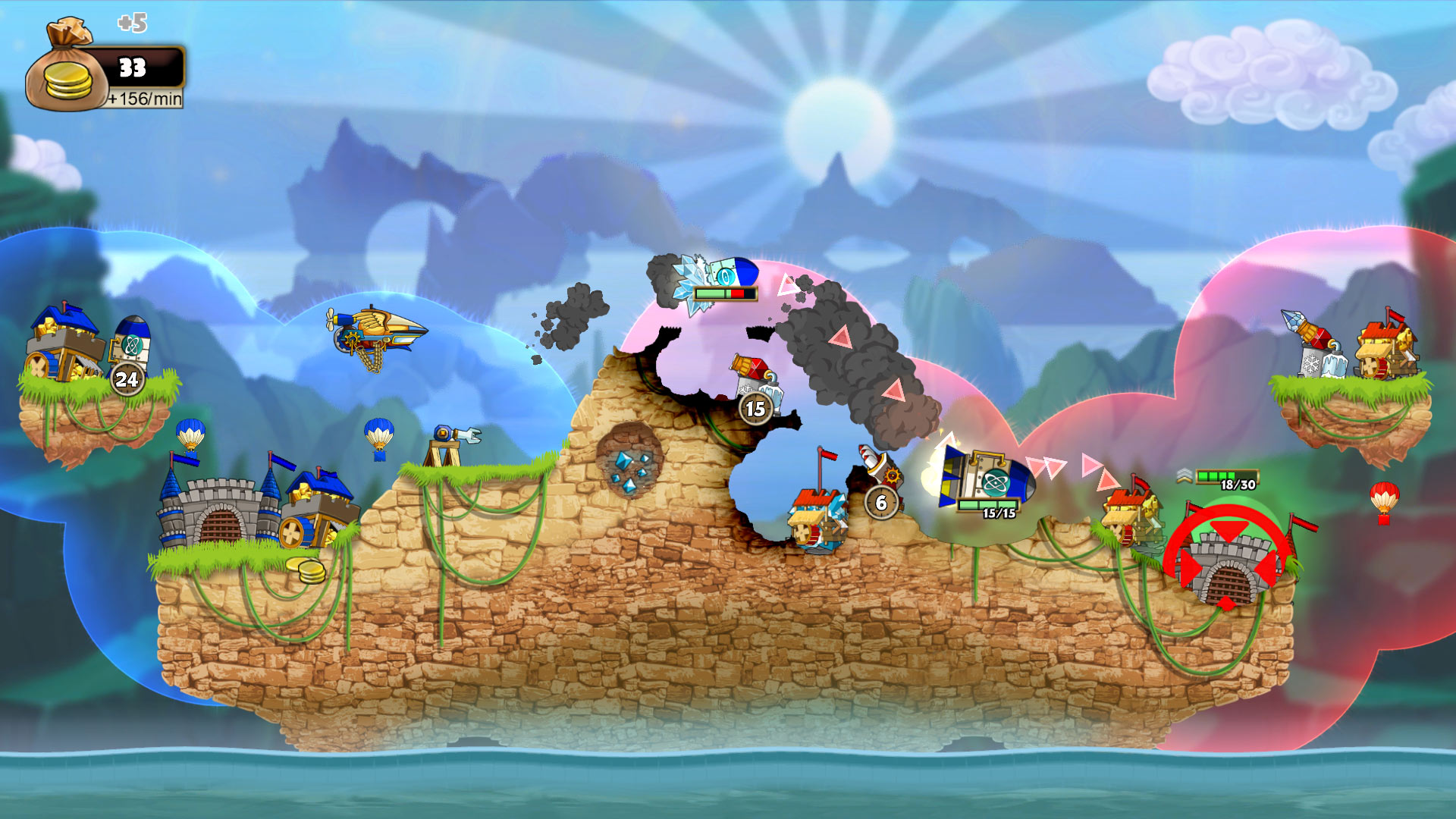 Cannon Brawl was great, I had a ton of fun playing it and loved the strategic aspects. There's a good amount of gameplay present whether you want to play by yourself or against others. The game features a wide selection of turrets to use and in turn there are many strategies to take advantage of when attempting to win a match. The story was also decent enough just moving the game along, but the real focus in this title is the tactical battles to win.