"Punks of the Land"

Dungeon Punks takes the olden formula of sidescrolling adventures and paints overtop with beautifully rendered images. The game truly does look great with such a distinct style that makes the experience quite unique. The game is designed with a tag team brawler style to it that allows players to switch between characters and even alternate teammates as well. In general combat you move in with a squad of three troops that can be actually competent AI or even friends locally. You move through a set of environments tackling enemies while you level up and collect loot. Often you'll need to leave the levels halfway through to re-group with new gear and skills as there's a level of difficulty when moving through them. It's basically a grow stronger with progression system where you pick away at levels and while this might sound repetitive it works well in Dungeon Punks. Each area is somewhat linear though there are a number of side sections to explore or even side objectives to take part in as you work towards the boss. The game also includes some great cinematics that take a humorous side of storytelling mixing the fantasy land with some corporate values.

The game is played always in a group of three whether that's with AI or friends. Your AI teammates are actually useful in this game though you can switch to any of them at any time. There are a number of classes to play with and tons of loot to collect over the course of levels. Whether that's gold to buy new items, magical potions or plain old weapons lying around. You then take these to the market folk on your ship to equip it or learn new skills as you level up. Each character has special attributes and spells that you can take advantage of during combat when the mana bar is filled. 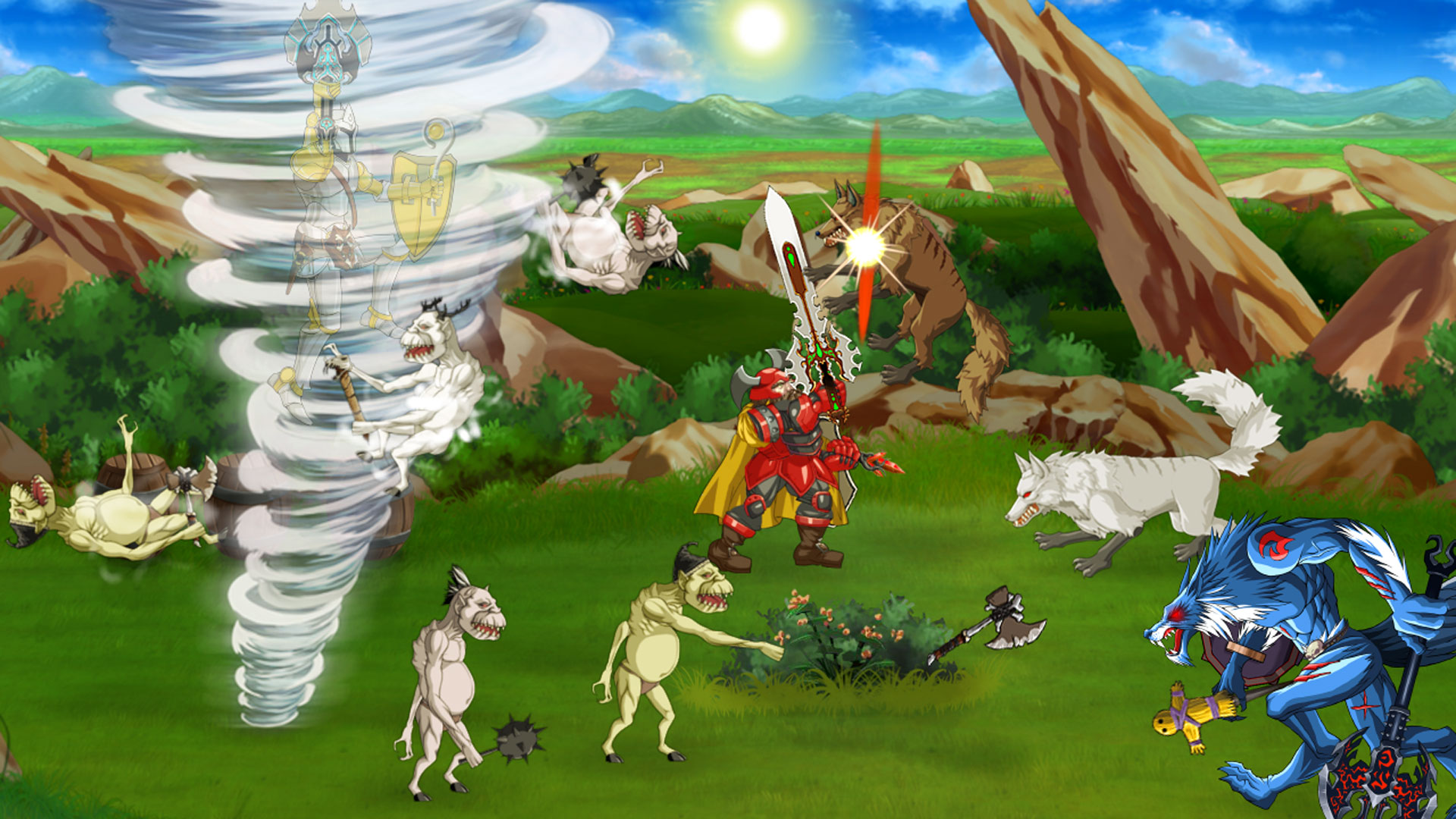 Dungeon Punks was solid brawler title that focuses on great cooperative play and delivers whether you have friends or not. It provides a solid RPG experience that's given a charming art style to battle on. The combat is also engaging yet classic as you battle hordes of always unique enemies across the lands. The game also has some fun cinematic sequences that were definitely different than what I was expecting providing a good chuckle. Dungeon Punks was definitely enjoyable and a great game that pushed you to battle for that extra bit of loot before coming back stronger.