"The Fast and Furia"

Fenix Furia is a challenging side scrolling adventure. I felt that the story was left largely open for interpretation. My take on it was that a mysterious cosmic force shattered our hero’s home planet, giving one inhabitant incredible power which he uses to freeze the populace. I could tell it made him evil by giving him a menacing cloak. It also gives him the ability to morph the creatures of the planet into horrible monsters. This sets of Fenix’s quest through the stages to set his planet right again. Having no real offensive power, Fenix must jump and dash around enemies to get to the end of the levels. Patience and timing are essential to navigating the the platforms to the end of the levels. Throughout the levels are collectibles like cookies and stars used for unlocking different rewards. Cookies unlock actual cookie recipes and stars are used to unlock various arcade cabinets outside of story mode.

The graphics are clean and the game runs smoothly with tight controls. There are plenty of game modes to explore in the main campaign. Easy allows Fenix to take two hits from enemies before dying and should present plenty of challenge for anyone. Two player mode has the players taking turns playing the level swapping attempts after dying like an old coin op game. This is the only two player mode available in the beginning. Rage is a one-hit timed mode of the regular levels, although I do believe the word “quit” was left out of the title. Modes that need to be unlocked are Challenge and God Mode. Challenge is the second two player mode pitting the players against each other in a split screen best time challenge. Here jumps and dashes are restricted which can lead to some heated competition. God Mode makes Fenix invincible where the object is to wipe out all the enemies in a certain amount of time. 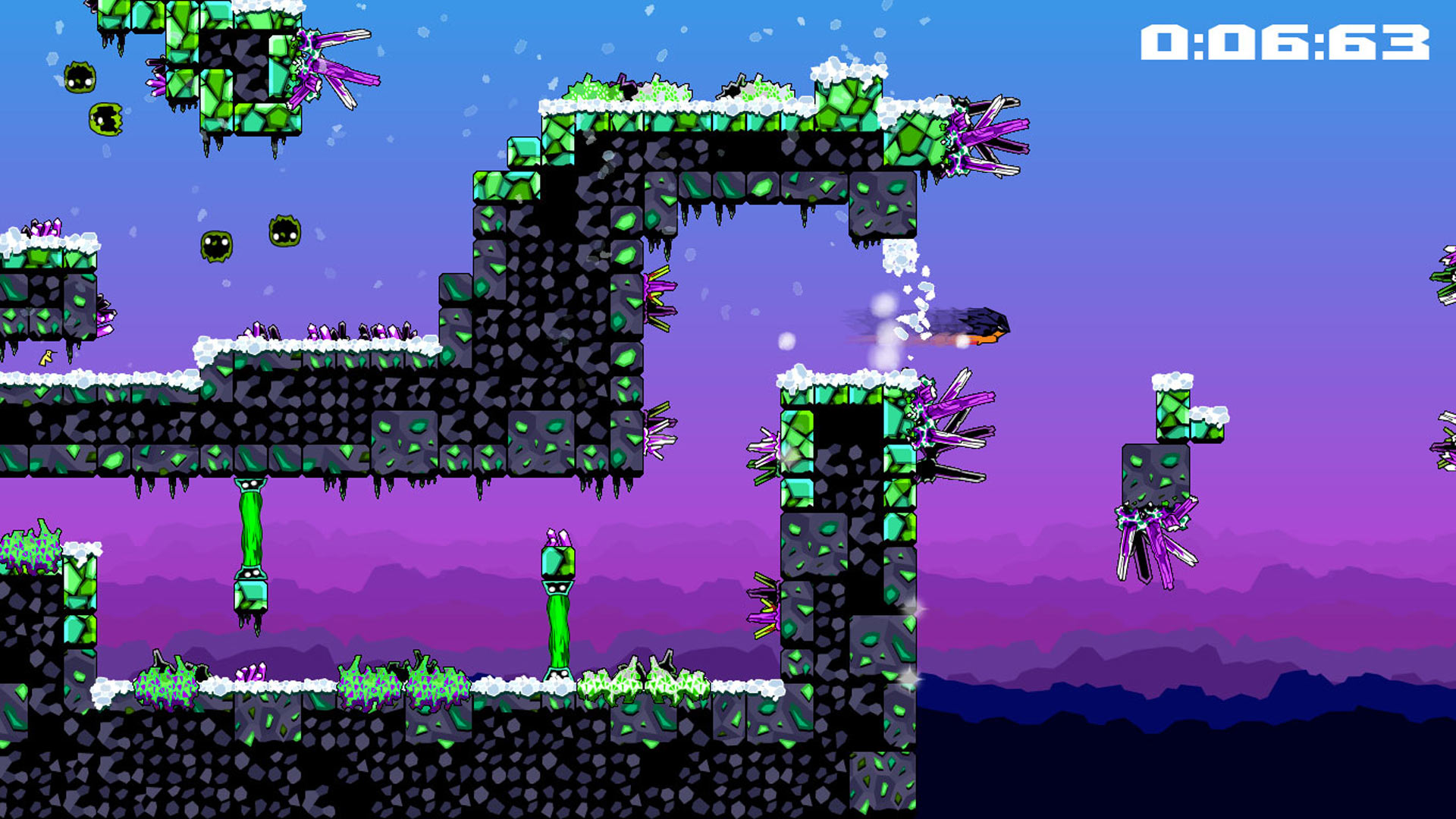 Fenix Furia is a great game for those looking for a challenging side scroller. It is graphically clean with no frame drop that I noticed. The synthy side scroller anthem adds to the frantic nature of the gameplay. The two player mode seems a bit dated and with no online option, hopefully your friend is as patient as you. While the default mode is called Easy, some may find this to be a bit much on the constant dying side to have fun playing it for extended periods.