The world is coming to an end with the apocalypse brought on by this giant monster, the Onion King realizes this and sends you back to the past. In a group of up to four players locally you battle it out together cooperative or competitively if you'd like. During the campaign you move through a number of locations mastering your skills and preparing for the ultimate battle. It takes intense cooperation and continuously changing your methods in order to finish meals for the best possible score. Each level contains three stars and you'll need these to progress after awhile which I'm not a fan of in games honestly.

The levels did a great job of introducing new cooking recipes and then continued to find unique ways to challenge players with them. This includes things such as cooking in moving trucks, kitchens where the elevation changed or even on shaky ground where the whole cooking area would shift around. I was pleasantly surprised with this and each level was a fresh set of challenges. There's also a competitive mode where each cook battles it out to see who's the best and can finish the most orders with new levels constantly being unlocked through level progression.

The game looks great featuring bright colors and a simplistic way of cooking while still being realistic to the trade. As a single chef or in a group you'll need to prepare the orders given via the top left of the screen. Each requires different ingredients and preparation to finish them. Some will require pot cooking with cutting, frying or even grilling. There's great variety in this and you'll need to watch for overcooking as fires will start. It's a masterful coop title as you need to keep the kitchen going and with multiple players it's madness. 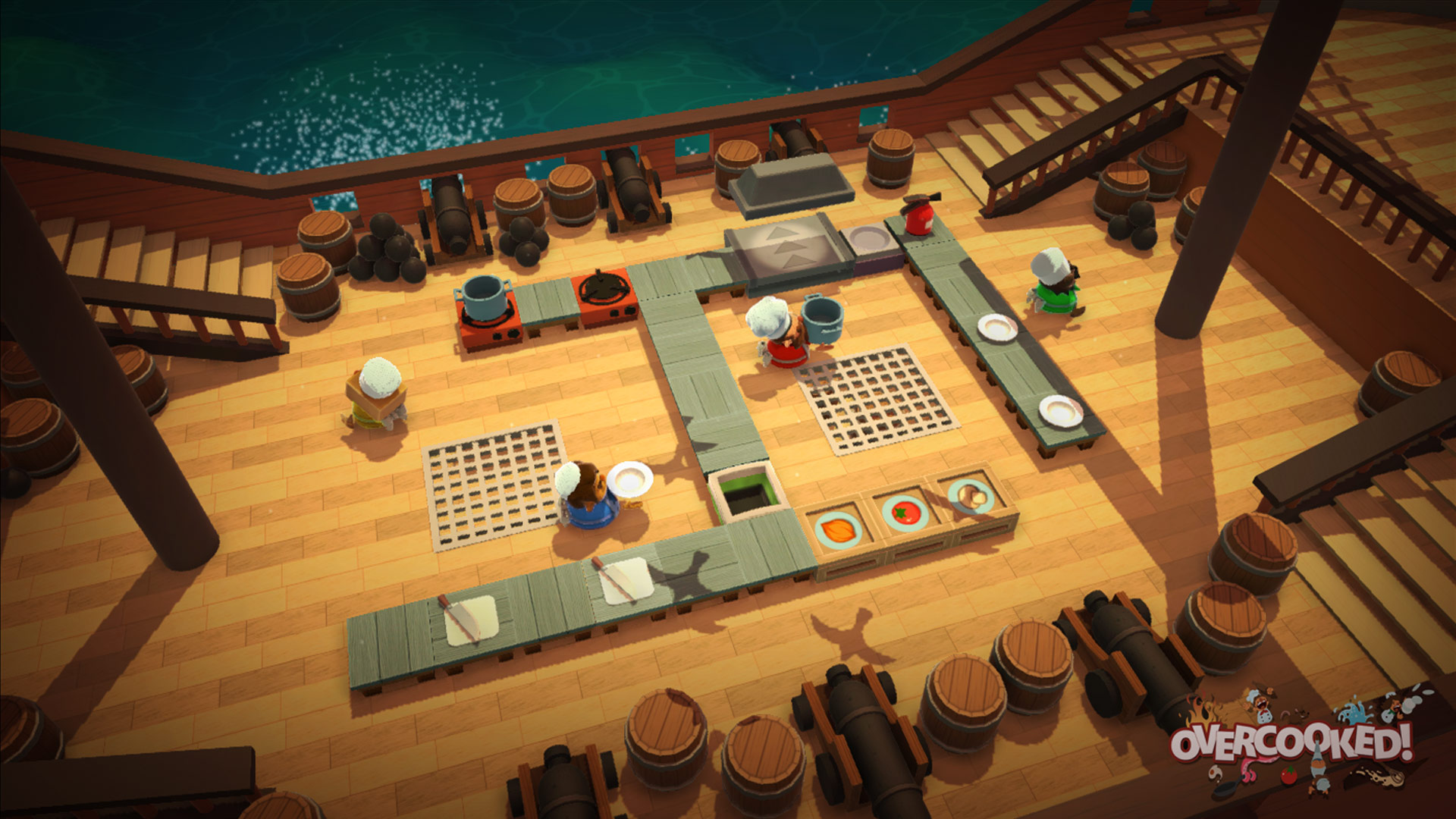 Overcooked was a great and challenging game that features a fantastic cooperative experience. It might have been nice to have online coop play as well though with local it was fun. It's also crazy if try in solo mode switching between chefs for tasks, but you can play it any way you'd like. I was also quite surprised by the general tone of the campaign as I certainly didn't see the opening coming and the battle through the years to master cooking was intense. The environments of the game were great as were the types of kitchens you cooked in with great variety throughout. With the campaign and competitive mode there's a solid amount of gameplay to be had and Overcooked was just a great frantic experience.

Overcooked Review on Xbox One
Review Code Provided by Team17