MX vs ATV Supercross Encore is a port of the last generation game of the same title minus encore with some upgrades for the current consoles. That being said on Xbox One this game is just a mess with so performance issues that it's incredible actually. I'm going to go over that a bit more under gameplay so for now we'll focus on what the core of Supercross is. The game feels rather dated having menus that looked very old and tie together a flimsy campaign of sorts. This is really just a series of levels so you're better off to just play quickplay or online. There's a wide selection of levels to race on a good variety of modes to race with in order to change up the action. This varies from obviously racing with MX or ATV selection across dirty trails where dirt spits up into the air as you battle the awkward controls to stay on track.

In the quickplay area you're able to do regular races; rhythm races which are new, some random checkpoint ones or just generally free ride on the levels available. While there's a good selection unlocked you'll also need to race in order to unlock more of them. The game features a bit of customization though this is largely vehicle focused and even then I could barely focus on the details while racing anyways. When jumping online there's a vast selection of modes to play in so there's a mode for everyone and the ability to create a private match if you'd like. The online seemed to function fine when playing so no complaints there and if filled it's a full wild game of action.

The game looks incredibly dated from the environments to the menus to the general gameplay. While it does have some nice details to the world around you when racing that's taken away from nasty texture issues where whole parts of the screen would disappear or not even load in properly. There were also some frame rate issues and just awkward controls that were fighting you constantly. Even with practice it never seemed to get better and the course is just constantly fighting you. It also just doesn't look quite right when you're racing along the dirt feeling slightly floaty. Those poor aspects aside the game does somewhat pack a lot of content in terms of maps, modes and things to do so there's value. 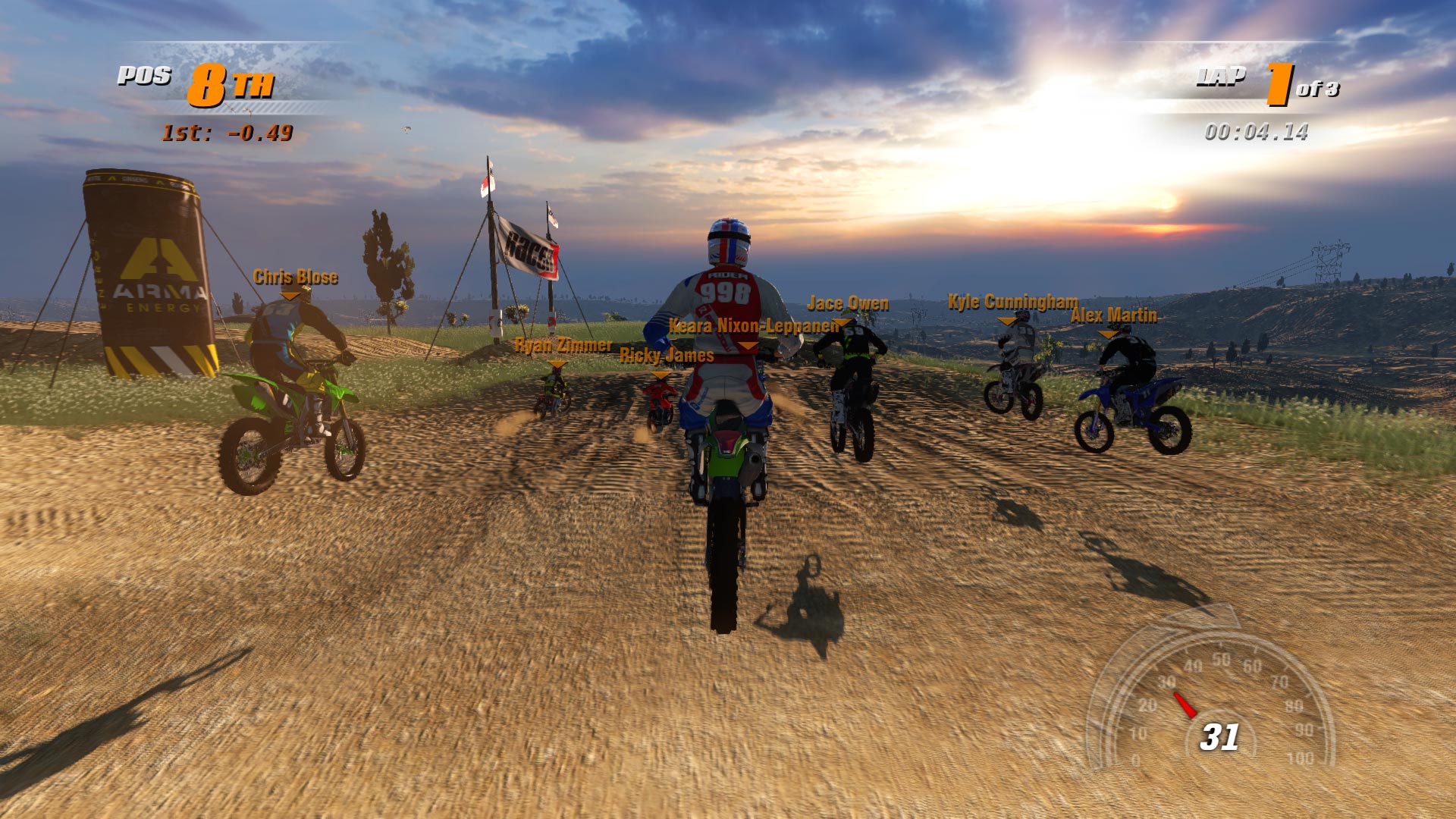 MX vs ATV Supercross Encore took a long time to finally hit Xbox One and the finished product is a mess. I usually don't get too hung up on visual aspects, but it just run poorly. It's a huge drag on what's a fairly average title and instead of a port they should have honestly worked on a fresh for this generation title. I do like this series as I've played however many of them through the years it's just that this title doesn't do much than just push out a game that should have stayed behind for the last generation. Not to say diehard fans won't get their fix from the amount of content, it's just a rough time to play them.