Hawken is a free to play mech game available Review on Xbox One that brings all the fun of piloting massive mechs and doesn't hide the fun behind paywalls. In fact it was quite easy to buy additional mechs or even upgrades without any force of buying items as it seemed those were mostly cosmetic. The game is fast paced multiplayer action pitting teams of massive mechs against each other in a number of close combat arenas. It's nice and fast paced with maps that are honestly quite unique having multiple levels of elevation to them or generally bizarre map flows. There's also a good selection of gametypes ranging from typical deathmatch scenarios to objective modes such as a tug of war over battleship attacks which was completely different from other games. Not only does it feature a good selection of maps and modes it also is entertaining with balanced mech combat despite the free to play elements. You can level your mechs by upgrading components, unlock new ones or general customize them to a certain extent in order to make the game feel personal.

Hawken is a first person mech title so you play from the fancy cockpit of your own robot and battle it out against others. Combat was well balanced featuring high levels of damage for tense action across the small arenas. I have no complaints in that regard as it kept the pace up while the action never felt overwhelming despite having multiple enemies or teammates in combat at once. I did however have some issues with the crippling frame rate and nasty screen tears that were routine while in battle. This wasn't completely negative though very apparent to a degree of being distracting and devastating during some combat scenarios with multiple units battling it out. The game does look fairly decent with graphics I'd say were above average and distinct in that they had many environments that you battle across. I did also find that the hud occasionally disappeared in the action as I could never quite focus on my health at times. The turn around button was also annoying in that I'd click that when I instead meant to dash to the side which caused many deaths. Other than that it's a battle of attacking then running away for a quick heal from your medic droids. 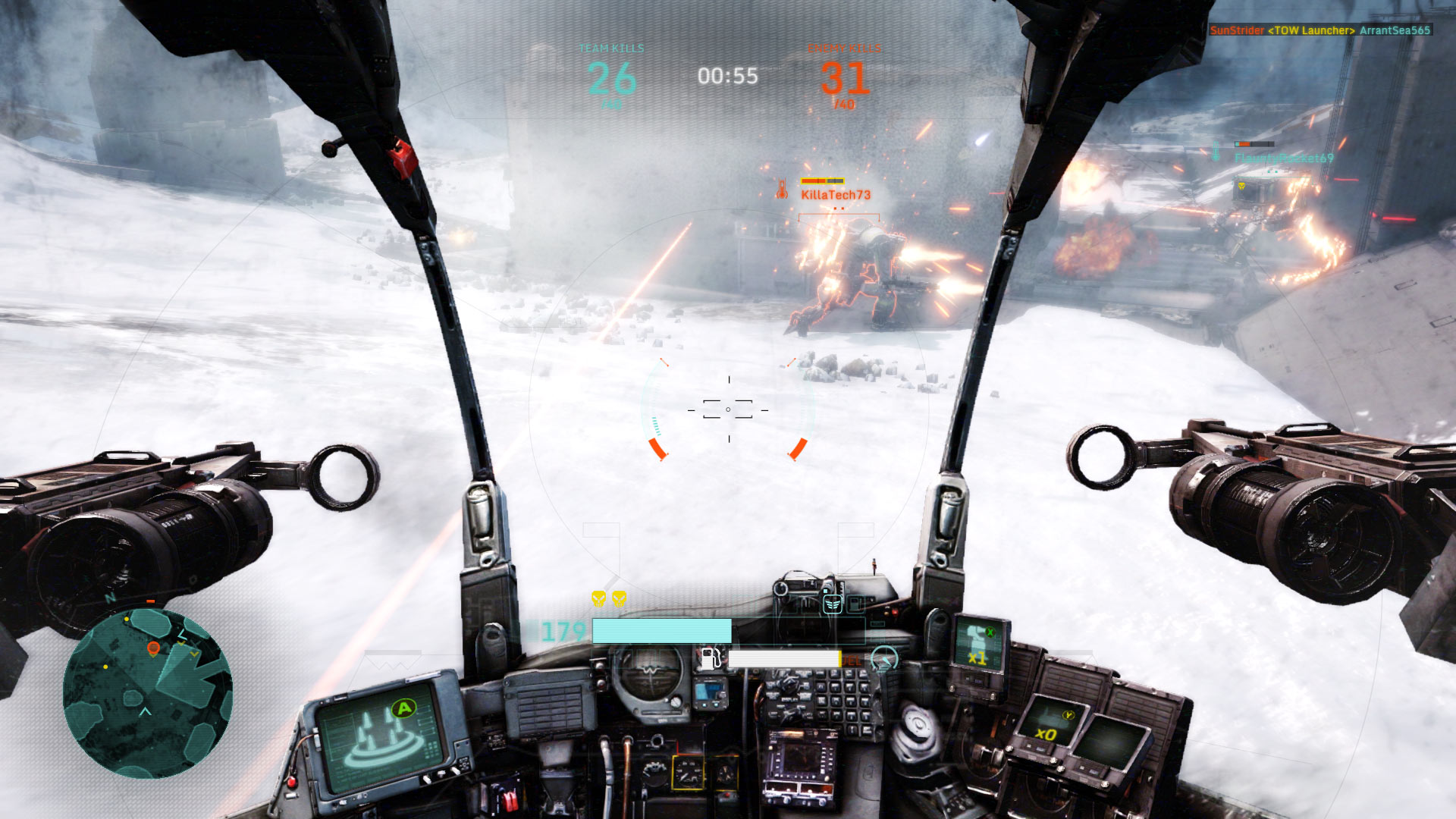 Hawken is a solid free to play mech shooter that combines quick based combat with fast matchmaking. As a free title it also doesn't push any microtransactions at you with all upgrades or mech changes being acquired through typical gameplay. There's a good selection of gametypes present along with a good selection of maps. The mech controls well with fun options for boosting around or flying, but the levels are usually narrow in approach so elevation doesn't always come into effect. I thought Hawken was a fine free to play game for the console despite some bad general gameplay performance though that can be looked over in F2P cases to a degree.

Hawken Review on Xbox One