Action News Heroes introduces an interesting concept in that this audience viewing you decides if the mission gets to continue. It's unique for sure though not entirely well executed as despite my best efforts the crowd always seemed to not care despite me mowing down crowds of the opposing forces. This got rather frustrating and after killing hundreds along with detonating how many objectives for them to continue booing I just got really annoyed. The game has a selection of levels that all take place in unique zones with their own sets of objectives. This is mostly fine except the actual levels don't give any guidance on where the levels are and apparently as noted on their site you need to follow the main street which is fair though should be mentioned in the game. You also earn money while slaying the enemies or destroying crates yet this doesn't carry over if you fail and the game says "you suck". It would have been nice to get some capital to have a better run next time yet the game just somewhat laughs at you.

The game does have twin stick shooter down quite well and the game works well whether you're playing solo or local coop with a friend. There's a selection of characters available with slightly variable stats and a number of guns if you get enough money to buy some. The levels are straight forward featuring some aspects of destruction and are filled with enemies that you need to shoot down. The world carries a cell shading style which works well though the graphics weren't anything too spectacular being decent enough. It would have been nice to have more clear objectives or a scoring system of crowd pleasing that was better as killing everyone then running out of people to kill quickly fails me was lame. 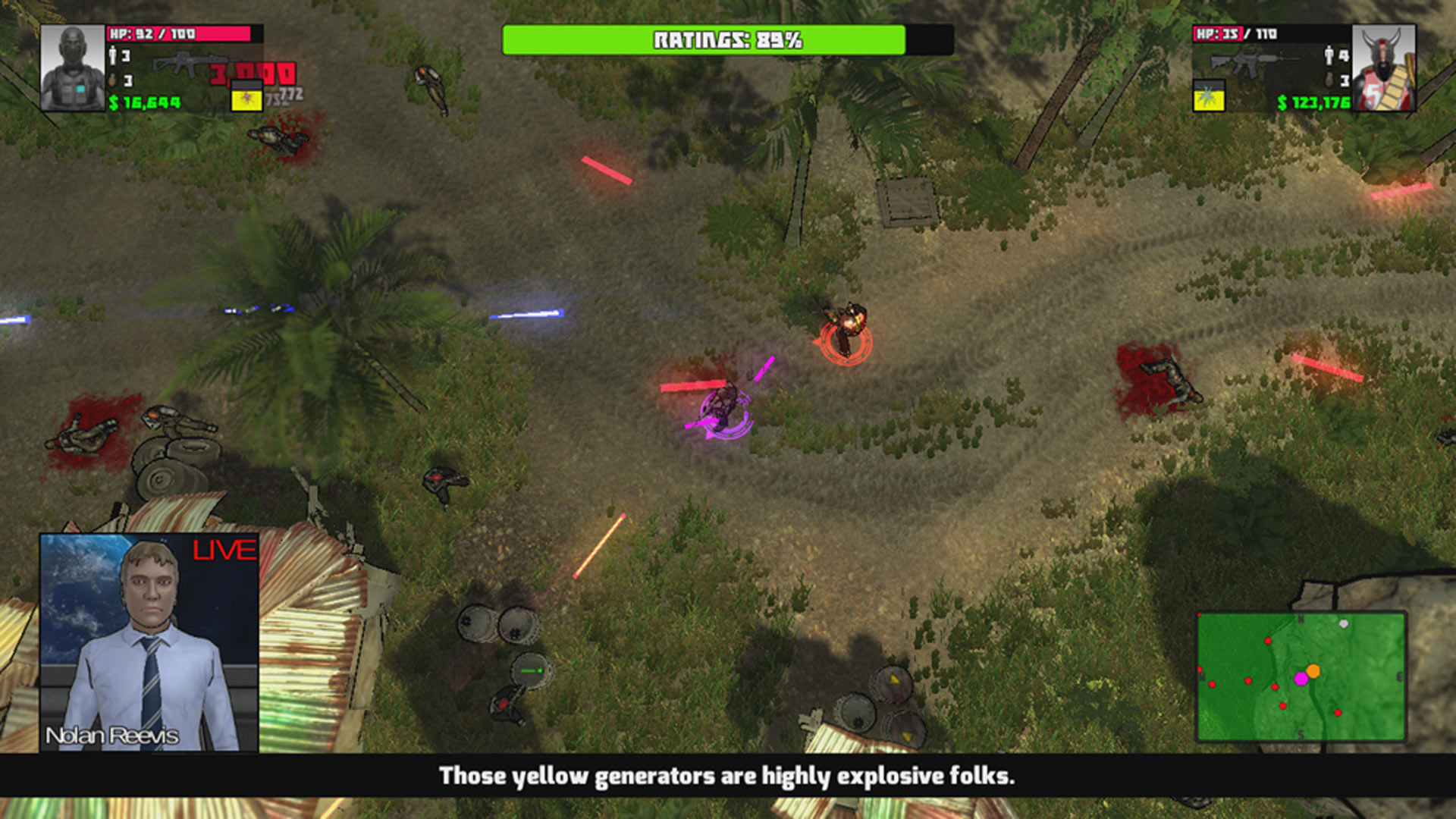 Action News Heroes isn't a terrible game, it just doesn't quite execute on the interesting concept it aims to create. It's also interesting that it compares to a degree how the world now watches disasters with glee and perhaps shows a world where killing people just isn't enough. The campaign was decent though not a ton of gameplay aside from replaying to try and move forward. The core of the game was decent, if you have a friend it can be fun though just not that intriguing. It would have also been nice to see a bit more to the game for after playing the campaign such as a survival area or something of the sort.